Krampnitz in Brandenburg is a city located in Germany about 16 mi (or 26 km) west of Berlin, the country's capital town.

Current time in Krampnitz is now 06:13 PM (Monday). The local timezone is named Europe / Berlin with an UTC offset of 2 hours. We know of 8 airports closer to Krampnitz, of which 4 are larger airports. The closest airport in Germany is Berlin-Tegel International Airport in a distance of 12 mi (or 20 km), North-East. Besides the airports, there are other travel options available (check left side).

There are several Unesco world heritage sites nearby. The closest heritage site in Germany is Palaces and Parks of Potsdam and Berlin in a distance of 4 mi (or 7 km), South. We saw 2 points of interest near this location. In need of a room? We compiled a list of available hotels close to the map centre further down the page.

Since you are here already, you might want to pay a visit to some of the following locations: Potsdam, Wustermark, Brieselang, Michendorf and Kleinmachnow. To further explore this place, just scroll down and browse the available info. 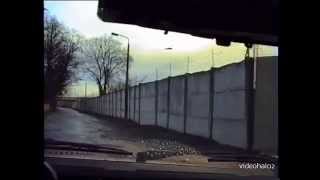 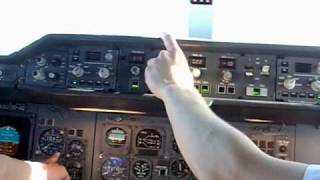 A flight from Frankfurt to Berlin in which I managed to get the jumpseat. Beautiful weather, enjoy! Approach. 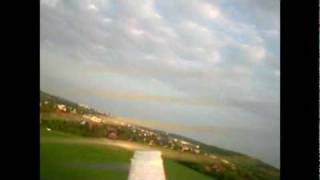 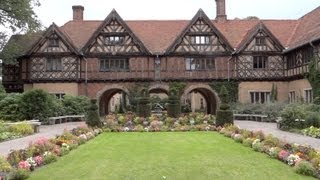 Schloss Cecilienhof is a palace in Potsdam, Brandenburg, Germany. Cecilienhof was the last palace built by the Hohenzollern family that ruled Prussia and Germany until 1918. It is also famous... 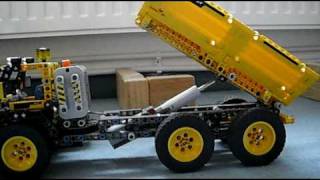 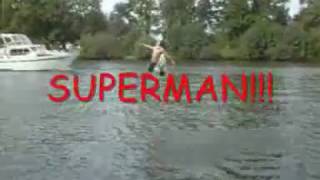 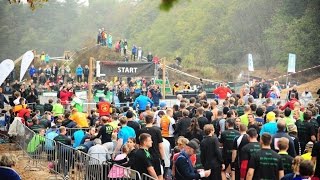 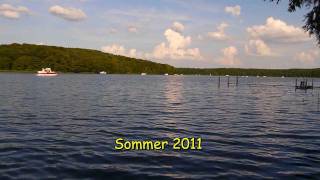 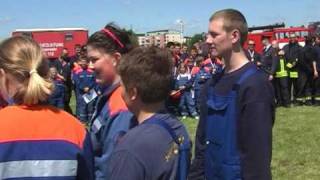 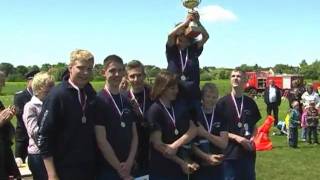 Schloss Cecilienhof is a palace in the northern part of the Neuer Garten park in Potsdam, Germany, close to the Jungfernsee lake. It has been part of the Palaces and Parks of Potsdam and Berlin UNESCO World Heritage Site since 1990. Cecilienhof was the last palace built by the Hohenzollern family. Emperor Wilhelm II of Germany had it erected for his son, Crown Prince Wilhelm of Germany, and the crown prince's wife Duchess Cecilie of Mecklenburg-Schwerin.

Fahrlander See is a lake at Potsdam, Brandenburg, Germany. At an elevation of 29.4 m, its surface area is 2.105 km². The Sacrow–Paretz Canal flows through the lake.

Weißer See is a lake in Brandenburg, Germany. At an elevation of 29.4 metres, its surface area is 0.26 km². The Sacrow–Paretz Canal flows through the lake.

The Biosphäre Potsdam (7,000 m²) is an indoor tropical botanical garden located in the Volkspark Potsdam, a park between the Sanssouci Park and the Neuer Garten Potsdam (New Garden) at Georg-Hermann-Allee 99, Potsdam, Brandenburg, Germany. It is open daily; an admission fee is charged. The garden contains approximately 20,000 tropical plants representing about 350 species, including orchids, epiphytes, and trees about 14 meters in height, including a palm grove and mangrove swamp.

Located at 52.4187, 13.0496 (Lat. / Lng.), about 3 miles away.
Wikipedia Article
Botanical gardens in Germany, Gardens in Brandenburg, Visitor attractions in Potsdam

Belvedere on the Pfingstberg

The Belvedere on the Pfingstberg (German: Belvedere auf dem Pfingstberg) is a palace in the northern part of the New Garden in Potsdam, Germany, atop Pfingstberg mountain. It was commissioned by Friedrich Wilhelm IV and is only one part of an originally substantially more extensive building project. The twin-towered building was modelled on of Italian Renaissance architecture, and it was built between 1847 and 1863 with an interruption from 1852 till 1860.

Located at 52.4188, 13.059 (Lat. / Lng.), about 3 miles away.
Wikipedia Article, Homepage
Buildings and structures in Potsdam, Museums in Potsdam, Historic house museums in Germany

Dairy in the New Garden

The Dairy in the New Garden was built to plans by the master builder, Carl Gotthard Langhans, on the shore of the Jungfernsee lake at the northernmost tip of the New Garden in Potsdam, Germany. Construction was carried out from 1790 to 1792 by Andreas Ludwig Krüger. In the course of laying out the landscape garden and building the Marble Palace under Frederick William II of Prussia, a dairy was built to supply the royal court.

Located at 52.4219, 13.0697 (Lat. / Lng.), about 3 miles away.
Wikipedia Article
Classicism, Heritage sites in Germany, Beer and breweries in Germany, Companies based in Brandenburg, 1790s architecture, Buildings and structures in Potsdam

These are some bigger and more relevant cities in the wider vivinity of Krampnitz.