Leipzig in Saxony with it's 504,971 residents is a town located in Germany about 93 mi (or 150 km) south-west of Berlin, the country's capital place.

Time in Leipzig is now 02:20 PM (Tuesday). The local timezone is named Europe / Berlin with an UTC offset of one hour. We know of 10 airports nearby Leipzig, of which 4 are larger airports. The closest airport in Germany is Leipzig Halle Airport in a distance of 9 mi (or 14 km), North-West. Besides the airports, there are other travel options available (check left side).

There are several Unesco world heritage sites nearby. The closest heritage site in Germany is Garden Kingdom of Dessau-Wörlitz in a distance of 35 mi (or 56 km), North. We collected 1 points of interest near this location. Need some hints on where to stay? We compiled a list of available hotels close to the map centre further down the page.

Being here already, you might want to pay a visit to some of the following locations: Rackwitz, Krostitz, Grossposna, Borsdorf and Espenhain. To further explore this place, just scroll down and browse the available info. 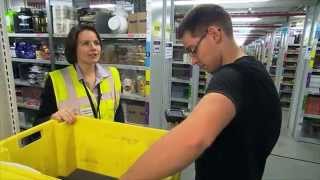 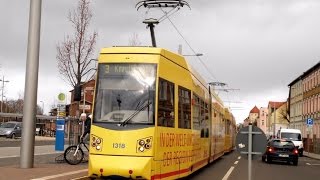 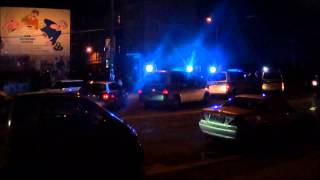 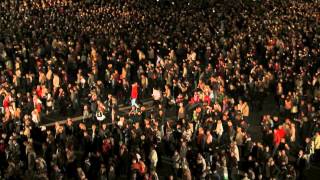 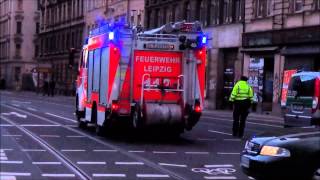 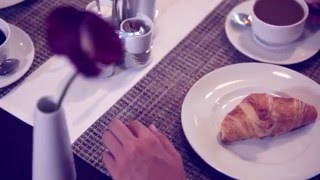 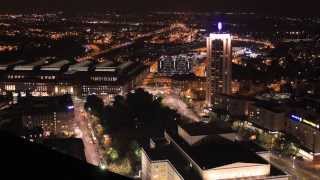 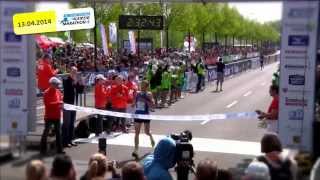 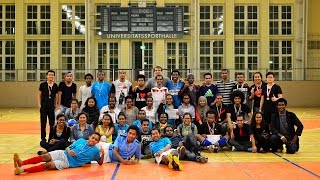 For other churches with the same or similar name, please see St. Thomas' Church. The Thomaskirche (St. Thomas Church) is a Lutheran church in Leipzig, Germany. It is most famous as the place where Johann Sebastian Bach worked as a cantor, and as the current location of his remains.

Auerbachs Keller (Auerbach's Cellar in English) is the best known and second oldest restaurant in Leipzig, dating to at least the first half of the fifteenth century. It was already one of the city’s most important wine bars by the 16th century and is described in Johann Wolfgang von Goethe's play Faust I as the first place Mephistopheles takes Faust on their travels.

The Städtisches Kaufhaus in Leipzig, designed by Rayher, Korber and Müller, was constructed from 1894 to 1901.

The Reichsgericht (Imperial Court of Justice) was the supreme criminal and civil court in the Deutsches Reich from 1879 to 1945. It was based in Leipzig, Germany. The Supreme Court was established when the Reichsjustizgesetze (Imperial Justice Laws) came into effect and it built a widely regarded body of jurisprudence during the period of the German Empire and Weimar Republic. During the rise of the Third Reich, the Reichsgericht became deeply embroiled in the National Socialist agenda.

The Museum der bildenden Künste is a museum in Leipzig, Saxony, Germany. On 7,000 square meters of display area, 3,500 paintings, 1,000 sculptures and 60,000 graphical works are shown. It covers artworks from the Late Middle Ages to Modernity.

Located at 51.3422, 12.3756 (Lat. / Lng.), about 0 miles away.
Wikipedia Article, Homepage
Art museums and galleries in Germany, Museums in Leipzig, Art museums established in 1848, 1848 establishments in Germany, Buildings and structures in Germany destroyed during World War II

The Pleissenburg was a historical building in the city of Leipzig in Saxony which is in modern-day Germany. It was built in the 13th Century by the Margrave Dietrick and named after the river Pleisse which runs nearby. Martin Luther gave the first evangelical sermon in the castle chapel on Pentecost Sunday in 1519. After heavy damage during the siege in the Schmalkaldic War in 1547, the Elector Maurice of Saxony built a fortification with moats.

Naturkundemuseum Leipzig is a natural history museum in Leipzig, Germany. The museum contains the insect collection of Alexander Julius Reichert.

The ornate Moorish Revival Leipzig synagogue in Leipzig, Saxony, Germany, was built in 1855 by German Jewish architect Otto Simonson who had studied under Gottfried Semper, architect of the Semper Synagogue in Dresden. The synagogue was commissioned by the small Leipzig Jewish community and by Jewish merchants from throughout Europe who gathered for the annual Leipzig Trade Fair.

The Bach-Archiv Leipzig or Bach-Archiv is an institution for the documentation and research of the life and work of Johann Sebastian Bach. The Bach-Archiv also researches the Bach family, especially their music. Based in Leipzig, the city where Bach lived from 1723 until his death, the Archiv is recognised by the German government as a "cultural beacon" of national importance. Since 2008 the Bach-Archiv has been part of the University of Leipzig.

The Altes Theater was the first theatre building in the German city of Leipzig. It was sited on Richard-Wagner-Platz.

History[edit] Leipzig has historically been a centre for Jews. Already in the 1250s there is mention of Jewish life in Leipzig. Its central location attracted Jewish traders from all over Europe to the Trade Fair. However, the Jewish community as an officially state-recognised organisation was established only in 1847 and only by then Jews were allowed to settle in Leipzig without any restrictions.

These districts belong to Leipzig.

These are districts that are close by, but belong to a different city than Leipzig.

These are some bigger and more relevant cities in the wider vivinity of Leipzig.