Essen in Regierungsbezirk Düsseldorf (North Rhine-Westphalia) with it's 593,085 inhabitants is located in Germany about 282 mi (or 454 km) west of Berlin, the country's capital.

Local time in Essen is now 04:17 AM (Friday). The local timezone is named Europe / Berlin with an UTC offset of 2 hours. We know of 10 airports in the wider vicinity of Essen, of which 5 are larger airports. The closest airport in Germany is Essen Mulheim Airport in a distance of 5 mi (or 8 km), South-West. Besides the airports, there are other travel options available (check left side).

There are several Unesco world heritage sites nearby. The closest heritage site in Germany is Zollverein Coal Mine Industrial Complex in Essen in a distance of 3 mi (or 5 km), North-East. We found 2 points of interest in the vicinity of this place. If you need a place to sleep, we compiled a list of available hotels close to the map centre further down the page.

Depending on your travel schedule, you might want to pay a visit to some of the following locations: Gelsenkirchen, Bottrop, Oberhausen, Bochum and Mettmann. To further explore this place, just scroll down and browse the available info. 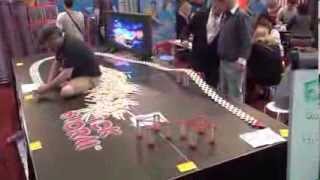 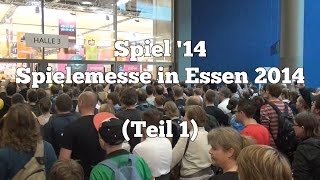 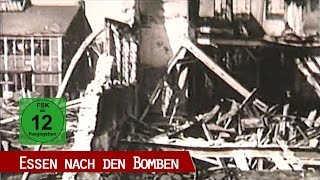 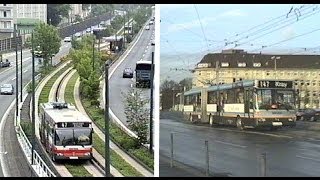 Another instalment of the Essen Dual-Mode-Bus O-Bahn / Kerb Guided Busway films which were uplifted to YouTube some years ago. 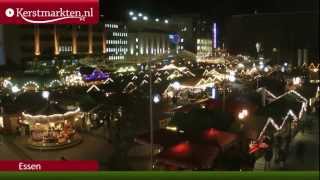 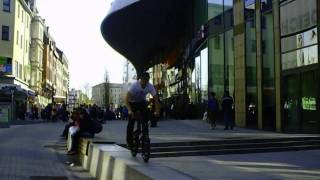 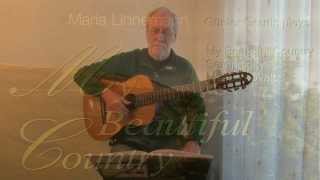 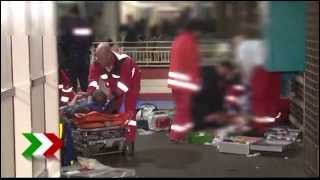 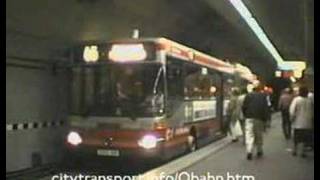 The Old Synagogue is a cultural meeting center and memorial in the city of Essen in West Germany. It is located in the center of the city on Steeler Straße 29, close to the present city hall. The memorial center was founded in 1980 and is accommodated in the pre-war Jewish community's synagogue. The synagogue, together with the attached Rabbinerhaus (House of the Rabbi), which today houses the archives of the city of Essen, was finished after a two-year construction period in 1913.

The Golden Madonna of Essen is a sculpture of the Virgin Mary and the infant Jesus. It is a wooden core covered with sheets of thin gold leaf. The piece is part of the treasury of Essen Cathedral, formerly the church of Essen Abbey, in North Rhine-Westphalia, Germany, and is kept on display at the cathedral.

Essen Central Station (Essen Hauptbahnhof) is a railway station in the city of Essen in western Germany. It is situated south of the old town centre, next to the A 40 motorway. It was opened in 1862 by the Bergisch-Märkische Eisenbahn. However, the station was not the first in Essen: as the station called Essen on the Köln-Mindener Eisenbahn was opened in 1847. The station suffered extensive damage in World War II and was almost completely rebuilt in the 1950s and 1960s.

FOM University of Applied Sciences for Economics and Management

The FOM (University of Applied Sciences for Economics and Management) is a German university. The business school is privately run, works in close co-operation with other universities, and is state recognized. With more than 21,000 students the FOM has the biggest economic and business sciences faculty in Germany. The majority of students are working professionals. The range of courses offered centers around business, business administration and engineering.

Located at 51.448, 7.012 (Lat. / Lng.), about 1 miles away.
Wikipedia Article, Homepage
Business schools in Germany, Universities and colleges in Germany, Education in the European Union

Essen Minster or Essen Cathedral is the seat of the Roman Catholic Bishop of Essen, the "Diocese of the Ruhr", founded in 1958. The church, dedicated to Saints Cosmas and Damian and the Blessed Virgin Mary, stands on the Burgplatz in the centre of the city of Essen.

The Aalto Theatre (in German officially Aalto-Musiktheater Essen) is an opera house and major performing arts venue in Essen, Germany. It was opened on 25 September 1988 with Richard Wagner's opera Die Meistersinger von Nürnberg. The building is mainly used for opera and ballet performances; it also serves for concerts and gala events.

Colosseum Theater is a theatre in North Rhine-Westphalia, Germany.

Grillo-Theater is a theatre in Essen, Germany. Named after the industrialist Friedrich Grillo, who made the building possible, it opened on 16 September 1892 with Lessing's drama Minna von Barnhelm. The building was badly damaged in World War II; it was restored with a much simpler façade aand re-opened in 1950 with Wagner's opera Die Meistersinger von Nürnberg. Notable directors included Erwin Piscator, Jean-Louis Barrault, Heinz Dietrich Kenter, Hansgünter Heyme.

GOP Varieté Essen is a theatre in North Rhine-Westphalia, Germany.

Theater im Rathaus is a theatre in North Rhine-Westphalia, Germany.

These districts belong to Essen.

These are districts that are close by, but belong to a different city than Essen.

These are some bigger and more relevant cities in the wider vivinity of Essen.