Mainz-GE in Rhineland-Palatinate is located in Germany about 283 mi (or 456 km) south-west of Berlin, the country's capital town.

Current time in Mainz-GE is now 12:14 AM (Tuesday). The local timezone is named Europe / Berlin with an UTC offset of 2 hours. We know of 7 airports close to Mainz-GE, of which 3 are larger airports. The closest airport in Germany is Mainz-Finthen Airport in a distance of 5 mi (or 8 km), West. Besides the airports, there are other travel options available (check left side).

There are several Unesco world heritage sites nearby. The closest heritage site in Germany is Messel Pit Fossil Site in a distance of 23 mi (or 37 km), East. We encountered 3 points of interest near this location. If you need a hotel, we compiled a list of available hotels close to the map centre further down the page.

While being here, you might want to pay a visit to some of the following locations: Mainz, Klein-Winternheim, Gau-Bischofsheim, Ober-Olm and Harxheim. To further explore this place, just scroll down and browse the available info. 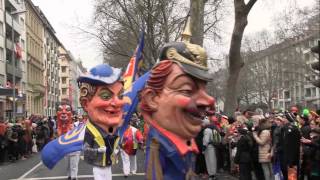 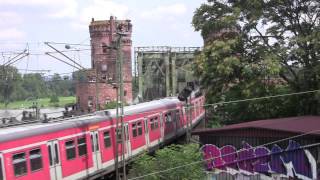 Mainz is the capital of the state of Rhineland-Palatinate in Germany. The city is located on the river Rhine at its confluence with the Main opposite Wiesbaden, in the western part of the Frankfurt... 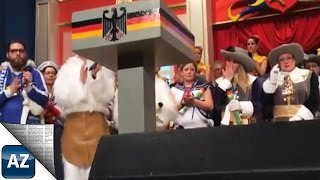 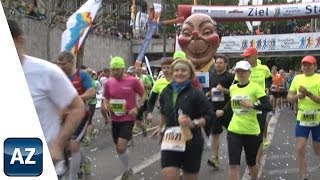 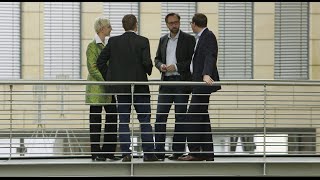 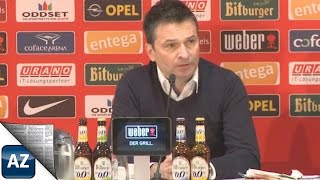 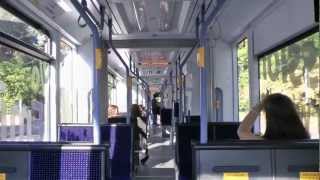 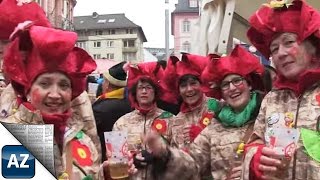 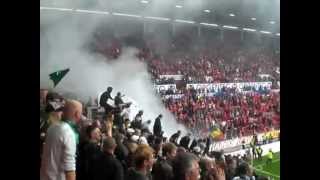 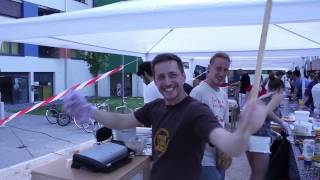 The Johannes Gutenberg University of Mainz (German: Johannes Gutenberg-Universität Mainz) is a university in Mainz, Rhineland Palatinate, Germany, named after the printer Johannes Gutenberg. With approximately 36,000 students (2010) in about 150 schools and clinics, it is among the ten largest universities in Germany. Starting on 1 January 2005 the university was reorganized into 11 faculties of study.

The Mainz Microtron, abbreviated MAMI, is an electron accelerator of the microtron type, in which electrons are accelerated to relativistic velocities. It is operated by the Institute for Nuclear Physics of the Johannes Gutenberg University of Mainz and located 10m to 15m directly below the Institute. Its purpose is the generation of polarized electron and photon beams. MAMI B, the third stage of MAMI, is the world's largest microtron as of 2006.

Mainz Central Station (Mainz Hauptbahnhof) is a railway station for the city of Mainz in the German state of Rhineland-Palatinate. It is used by about 80,000 travelers and visitors each day and is therefore by far the busiest station in Rhineland-Palatinate. The station was a trial area for a CCTV scheme using automated face recognition.

The Collegiate Church of St. Stephan, known in German as St. Stephan zu Mainz, is a Gothic hall collegiate church located in the German city of Mainz.

Walk of Fame of Cabaret

The Walk of Fame of Cabaret is a sidewalk between Proviant-Magazin and Schönborner Hof in Mainz, Germany, which is embedded with more than 40 seven-pointed irregularly shaped stars featuring the names of cabaret celebrities selected by a group of experts and honored by several sponsors for their contributions to the cabaret culture.

The Bassenheimer Hof (Bassenheimer Palace) is an historic building in Mainz, western Germany. At present (2009) the large structure is the seat of the Ministry of the Interior and Sports of the federal state of Rhineland-Palatinate.

Located at 49.9978, 8.26778 (Lat. / Lng.), about 1 miles away.
Wikipedia Article
Houses completed in 1750, Buildings and structures in Mainz, Baroque architecture in Rhineland-Palatinate

The Botanischer Garten der Johannes Gutenberg-Universität Mainz (10 hectares), also known as the Botanischer Garten Mainz, is an arboretum and botanical garden maintained by the University of Mainz. It is located on the university campus at Franz von Bentzel-Weg 9, Mainz, Rhineland-Palatinate, Germany, and open daily. The garden was created between 1946-1955 on land formerly used as farmland and a military training ground.

The Osteiner Hof ("Court of Ostein") is one of several Baroque-era palatial mansions along Schillerplatz square in the German city of Mainz. The mansion, along the southern edge of the square, was built in 1747-1752 by architect-soldier Johann Valentin Thomann for Franz Wolfgang Damian von Ostein, brother of Johann Friedrich Karl von Ostein, who was prince-bishop of Mainz at that time.

The Catholic University of Applied Sciences Mainz (German Katholische Hochschule Mainz) is a university located in Mainz, Germany. It was founded in 1972.

The Mainz tramway network forms part of the public transport system in Mainz, the capital city of the federal state of Rhineland-Palatinate, Germany. Opened in 1883, the network has been operated since 2001 by Mainzer Verkehrsgesellschaft (MVG).

These are some bigger and more relevant cities in the wider vivinity of Mainz-GE.