Walluf in Regierungsbezirk Darmstadt (Hesse) with it's 5,698 citizens is a place in Germany about 285 mi (or 458 km) south-west of Berlin, the country's capital city.

Current time in Walluf is now 08:58 AM (Friday). The local timezone is named Europe / Berlin with an UTC offset of 2 hours. We know of 10 airports near Walluf, of which 3 are larger airports. The closest airport in Germany is Mainz-Finthen Airport in a distance of 5 mi (or 8 km), South. Besides the airports, there are other travel options available (check left side).

There are several Unesco world heritage sites nearby. The closest heritage site in Germany is Upper Middle Rhine Valley in a distance of 22 mi (or 36 km), North-West. We encountered 2 points of interest in the vicinity of this place. If you need a hotel, we compiled a list of available hotels close to the map centre further down the page.

While being here, you might want to pay a visit to some of the following locations: Budenheim, Kiedrich, Schlangenbad, Wackernheim and Wiesbaden. To further explore this place, just scroll down and browse the available info. 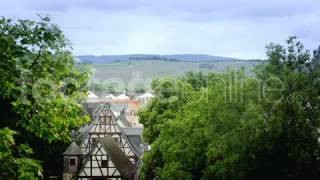 Trees and half-timbered houses in Eltville - RED / UHD - footage http://www.footage-online.de/old-village-01.html This is just a low-res preview. To licence this royalty free stock footage... 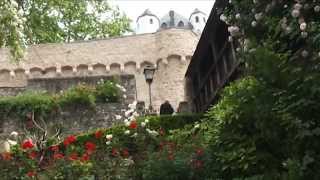 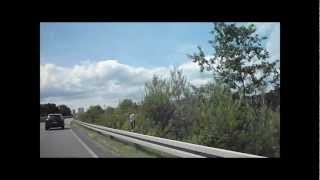 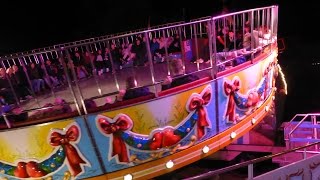 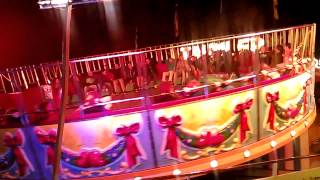 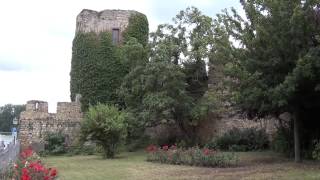 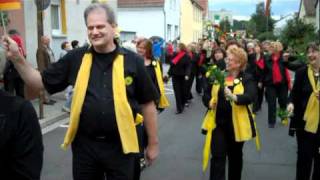 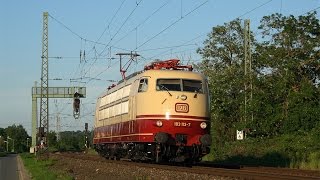 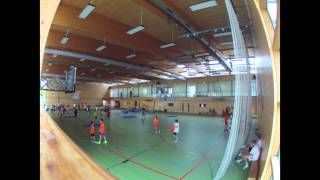 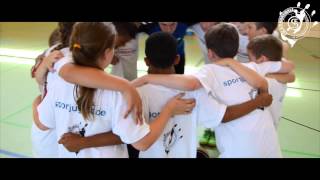 Located at 50, 8.133 (Lat. / Lng.), about 3 miles away.
Wikipedia Article
Verbandsgemeinde in Rhineland-Palatinate

The Burg Frauenstein is a ruined castle in the town of Wiesbaden-Frauenstein in Hesse, Germany. It is not known who built Frauenstein Castle, but, based on dendrochronological evidence, its construction has been dated to around 1184. Built on a quartzite outcropping of the Spitzen Stein the castle was not intended as a defensive fortress, but rather as a watch-tower. It also served the tower guards as a dwelling.

Located at 50.0651, 8.15458 (Lat. / Lng.), about 2 miles away.
Wikipedia Article
Castles in Hesse, Ruins in Germany, Visitor attractions in Wiesbaden, Buildings and structures in Wiesbaden

Walluf is a river of Hesse, Germany.

The Lennebergwald is a forest in the north of Rheinhessen in Rhineland-Palatinate in Germany. The approximately 700 ha sized stretches north-west of Mainz between the urban districts of Mombach, Gonsenheim, Finthen and the municipalities of Budenheim and Heidesheim am Rhein in the district of Mainz-Bingen. Most of the area belongs to Budenheim. Characteristical for the Lennebergwald is his dry and sandy soil, resulting in a high ground temperature during summer days.

The Christophoruskirche is a Protestant church in the borough of Schierstein, Wiesbaden, Germany. It was built in 1752 to 1754 in the style of the late Baroque and Rococo.

Wiesbaden-Schierstein station is a railway station in the borough of Schierstein in the Hessian state capital of Wiesbaden on the East Rhine Railway from Wiesbaden to Cologne. It is classified by Deutsche Bahn as a category 6 station. The station is served by the VIAS trains (RheingauLinie) only. The station was opened in 1856.

The Horst-Schmidt-Kliniken in the district of Dotzheim is the largest hospital complex in Wiesbaden founding in 1879, owing to its affiliated institutions and 1,027 beds. In 1982 the new buildings were relocated to the present location.

Located at 50.066, 8.19147 (Lat. / Lng.), about 2 miles away.
Wikipedia Article, Homepage
Buildings and structures in Wiesbaden, Hospitals in Germany, Companies based in Wiesbaden

These are some bigger and more relevant cities in the wider vivinity of Walluf.