Bolton in Bolton (England) with it's 141,331 habitants is a city located in United Kingdom about 173 mi (or 278 km) north-west of London, the country's capital town.

Current time in Bolton is now 04:19 AM (Friday). The local timezone is named Europe / London with an UTC offset of one hour. We know of 10 airports closer to Bolton, of which 5 are larger airports. The closest airport in United Kingdom is Manchester Airport in a distance of 17 mi (or 28 km), South-East. Besides the airports, there are other travel options available (check left side).

There are several Unesco world heritage sites nearby. The closest heritage site in United Kingdom is Pontcysyllte Aqueduct and Canal in a distance of 47 mi (or 75 km), South-West. Also, if you like playing golf, there are some options within driving distance. In need of a room? We compiled a list of available hotels close to the map centre further down the page.

Since you are here already, you might want to pay a visit to some of the following locations: Bury, Haigh, Carrington, Partington and Salford. To further explore this place, just scroll down and browse the available info.

Here is another in our town tours. Here is Bolton on a Saturday night. Look how quiet it is now compared with 20 years ago. 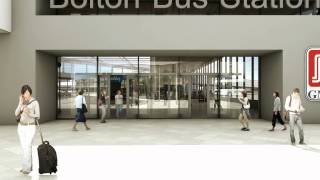 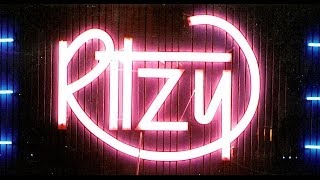 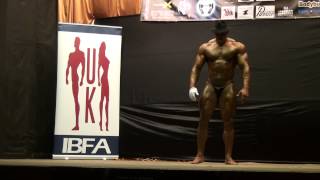 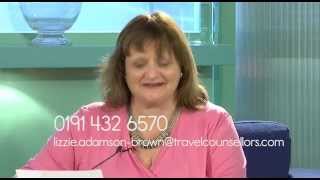 Stop wasting time booking your own travel - let me do it for you, and save you time, money and stress!

Be inspired by Team SportPursuit as they take on Ironman Bolton 2013. Four stories of determination - all with individual goals but each with the same sense of achievement. Read more on their... 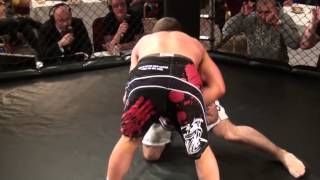 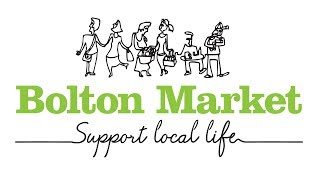 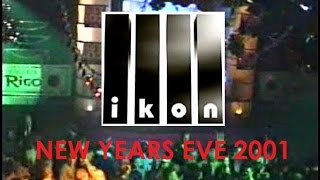 New Years Eve 2001 at Ikon, Bolton. This is the second out of five videos that my workmate and I filmed on VHS camcorder - now digitally remastered and in stereo. © 2001, 2015 Westedk Productions.

Today we look at the Siemens WT46E101 dryer. The WT46E101 is fitted with 7Kg condenser tumble from from Siemens and is available at our Bolton store near Manchester, or our store in Rawtenstall.

The Metropolitan Borough of Bolton is a metropolitan borough of Greater Manchester, England. It is named after its largest settlement, Bolton, but covers a far larger area which includes Blackrod, Farnworth, Horwich, Kearsley and Westhoughton, and a suburban and rural element from the West Pennine Moors. The borough has a population of 276,800, and is administered from Bolton Town Hall.

The University of Bolton (formerly Bolton Institute of Higher Education) is a university in Bolton, Greater Manchester, England. It has approximately 14,000 students across all sites and courses, with 700 academic and professional staff. Around 70% of its students come from Bolton and the North West region.

The Octagon Theatre is a producing theatre located in Bolton, Greater Manchester, England.

Located at 53.5772, -2.43056 (Lat. / Lng.), about 0 miles away.
Wikipedia Article
Buildings and structures in Bolton, Theatres in Greater Manchester, Octagonal buildings

Ye Olde Man & Scythe public house on Churchgate, in Bolton, England was first recorded by name in 1251 making it one of the ten oldest public houses in Britain and the oldest in Bolton. The present form of the name is a pseudoarchaism derived from the Man and Scythe Inn; the name is from the crest of the Pilkington family which consists of a reaper using a scythe, alluding to a tradition about one of the early members of the family.

The Bolton Massacre, sometimes recorded as the Storming of Bolton, was an episode in the English Civil War, on 28 May 1644. The strongly Parliamentarian town was stormed and captured by the Royalist forces under Prince Rupert of the Rhine. It was alleged that up to 1,600 of Bolton's defenders and inhabitants were slaughtered during and after the fighting. The "massacre at Bolton" became a staple of Parliamentarian propaganda.

Bolton was, from 1838 to 1974, a local government district in the northwest of England, conterminate with the town of Bolton.

Located at 53.58, -2.43 (Lat. / Lng.), about 0 miles away.
Wikipedia Article
Local government in Bolton, Districts of England abolished by the Local Government Act 1972, County boroughs of England

Bolton Museum is a public museum and art gallery in the town of Bolton, Greater Manchester, northern England, owned by Bolton Metropolitan Borough Council. The collections include natural history, archaeology, art, local history and one of Britain's oldest public aquariums. These are housed, together with Bolton Central Library, in one end of the Bolton Civic Centre, designed by, local architects, Bradshaw Gass & Hope and opened in 1939.

Bolton was a short-lived rural district in the administrative county of Lancashire. It was created by the Local Government Act 1894 and comprised an area surrounding the County Borough of Bolton, and was abolished when the borough was extended in 1898. The rural district was the successor to the Bolton Rural Sanitary District, which had been created in 1872.

96.5 Bolton FM is a Community Radio station based in Bolton, UK. Studios are located at Office 6, Ashburner Street Market, Bolton. 96.5 Bolton FM launched at 11am on 20 June 2009 at the One Bolton Festival launch event located Victoria Square, Bolton. The station has several high profile connections including former Labour Whip Frank White as the station's former chairman and radio professional Darryl Morris as a Director and programming advisor.

Bolton Union Mill, Bolton was a cotton spinning mill in Bolton, Greater Manchester. It was built in 1875 and 1880. It was taken over by the Lancashire Cotton Corporation in the 1930s and brought back into production. Subsequestly it passed to Tootalls and Dewhurst Dent in 1964. Production finished in 1967.

Located at 53.5834, -2.4375 (Lat. / Lng.), about 0 miles away.
Wikipedia Article
Textile mills owned by the Lancashire Cotton Corporation, Textile mills in Bolton, Buildings and structures in Bolton

Bolton Town Hall facing Victoria Square in Bolton, Greater Manchester, England was built between 1866 and 1873 for the County Borough of Bolton to designs by William Hill of Leeds and George Woodhouse of Bolton. It was extended in 1930s to the designs of Bradshaw, Gass and Hope. The Town Hall has been designated by English Heritage as a Grade II* listed building.

These are some bigger and more relevant cities in the wider vivinity of Bolton.