Time in Wigan is now 02:30 AM (Thursday). The local timezone is named Europe / London with an UTC offset of one hour. We know of 9 airports closer to Wigan, of which 4 are larger airports. The closest airport in United Kingdom is Liverpool John Lennon Airport in a distance of 17 mi (or 27 km), South-West. Besides the airports, there are other travel options available (check left side).

There are several Unesco world heritage sites nearby. The closest heritage site in United Kingdom is Pontcysyllte Aqueduct and Canal in a distance of 41 mi (or 66 km), South. Also, if you like the game of golf, there are some options within driving distance. In need of a room? We compiled a list of available hotels close to the map centre further down the page.

Since you are here already, you might want to pay a visit to some of the following locations: Haigh, Chorley, Winwick, St Helens and Croft. To further explore this place, just scroll down and browse the available info. 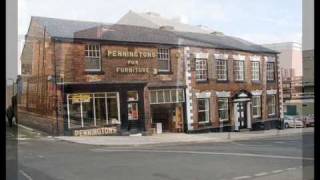 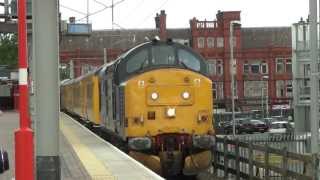 This was like no other Monday I can remember at Wigan, with "proper" trains galore :) This video features only two sheds, the rest are classics with 2 Class 37s, a Class 31, a Class 33 and... 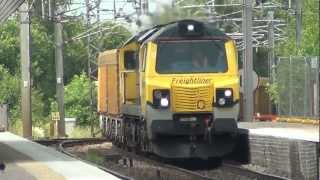 Once again we have a Traction Packed day at Wigan North Western, located on a reasonably busy stretch of the West Cost Main Line (Between Crewe & Preston). Unlike my four previous attempts... 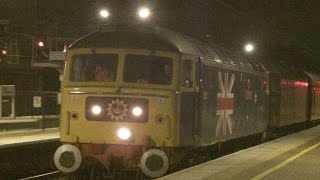 On the West Coast mainline, Wigan North Western is the main station serving the town of Wigan.It is served by Virgin services between the South and Scotland, plus local Northern services to... 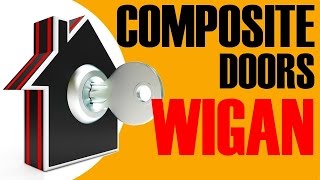 Wigan Composite Doors is a service provided by http://www.wigancompositedoors.co.uk/, an established local firm in Wigan with over 20 years experience in the home improvements industry. Steve,... 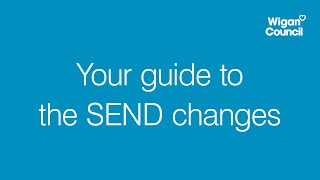 From the 1st September 2014 support for children and young people with special educational needs and disabilities changed across the country. This short clip explains some of the changes and... 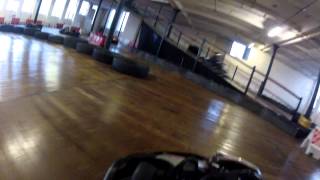 The last few laps are missing as the SD card formatted in Fat32 (D'oh). Link: http://www.elitekarting.com/ 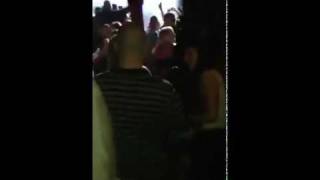 The Wigan Pier closing party, Last chance to dance - End of an Era 1990 - 2011. The Club that shaped a generation! CHECK THIS ATMOSPHERE OUT!! 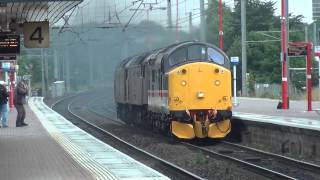 Intercity Liveried Class 37, number 37518 is seen here storming through Wigan North Western with two Class 47s on a light engine move from the East Lancashire Railway to Carnforth. 37518 was... 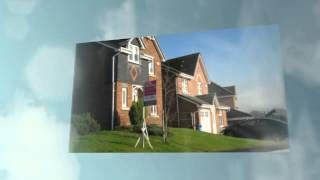 Estate agents Wigan - http://www.openhousewigan.com Open House are an estate agents based in Wigan and Leigh. If you want to sell your home quickly then call us today to arrange a free property...

Wigan Pier is the name given today to the area around the canal at the bottom of the Wigan flight of locks on the Leeds and Liverpool Canal. It is a popular location for visitors and the local community in Wigan, Greater Manchester, England, situated just a few hundred yards south-west of the town centre. The name "Wigan Pier" has humorous connotations since it conjures an image of a seaside pleasure pier, whereas Wigan is in fact an inland and traditionally industrial town.

Wigan is a county constituency represented in the House of Commons of the Parliament of the United Kingdom. It elects one Member of Parliament (MP) by the first past the post system of election. It was one of the constituencies of the Model Parliament of 1295.

All Saints' Church, Wigan, is located in Wallgate, Wigan, Greater Manchester, England, and is the parish church of the town. It is an active Anglican church in the deanery of Wigan, the archdeaconry of Warrington, and the diocese of Liverpool. Its benefice is united with that of St George, Wigan. The church has been designated by English Heritage as a Grade II* listed building. It stands on a hill in the centre of the town.

The Deanery Church of England High School and Sixth Form College is a Secondary School and Sixth Form Centre in Wigan, Greater Manchester, England. It currently has around 1,600 pupils and it consistently gets good GCSE grades, amongst the best in the Wigan Borough. The most recent OFSTED report described the school as "a good school". The Deanery High School is a Church of England Voluntary Aided school, receiving 15% of its funding via the church and through fundraising.

Wigan is a town in Greater Manchester, England. It stands on the River Douglas, 7.9 miles south-west of Bolton, 10 miles north of Warrington and 16 miles west-northwest of Manchester. Wigan is the largest settlement in the Metropolitan Borough of Wigan and is its administrative centre. The town of Wigan had a total population of 81,203 in 2001, whilst the wider borough has a population of 305,600.

The Wigan Urban Area is an area of land defined by the Office for National Statistics consisting of the built-up, or 'urbanised' area containing Wigan in Greater Manchester and Skelmersdale in West Lancashire. The Urban Area includes the integrated conurbation around Wigan, (containing the areas of Ince-in-Makerfield, Orrell and Wigan itself), along with the areas of Standish, Abram and the West Lancashire town of Skelmersdale. The Wigan Urban Area has a total population of 166,840.

Trencherfield Mill is a cotton spinning mill standing on the Leeds and Liverpool Canal, Wigan, Greater Manchester. It was built in 1907. It was taken over by the Lancashire Cotton Corporation in the 1930s and passed to Courtaulds in 1964. It was driven by 2,500 hp triple-expansion four-cylinder engine by J & E Wood of Bolton built in 1907. The engines were called Rina and Helen. They drove a 26-foot flywheel with 54 ropes at 68 rpm. The engine was stopped in 1968.

The Wigan rail crash was a railway accident which occurred at Wigan North Western station, England, to a northbound excursion train in the very early morning of 3 August 1873. Thirteen passengers were killed after derailed carriages collided with station buildings.

St James' Church, Poolstock, is in the Poolstock district of Wigan, Greater Manchester, England. It is an active Anglican parish church in the deanery of Wigan, the archdeaconry of Warrington, and the diocese of Liverpool. St James' has been designated by English Heritage as a Grade II* listed building.

Wigan Town Hall was the second of three seats of local government occupied by the Metropolitan Borough of Wigan and its predecessors, built on a plot at the corner of King Street and Rodney Street in Wigan, England, between 1866 and 1867. Next to the Robinsons Brewery, it replaced an earlier town hall constructed in 1720 by the Earl of Barrymore and Sir Robert Bradshaigh, the town's representatives in parliament. The older building remained in use until its demolition in 1882.

These are some bigger and more relevant cities in the wider vivinity of Wigan.

I DO LIKE MONDAYS! Free Networking Event In Ashton-in-Makerfield
Starting at: 08:00 pm (20:00).
More Information: eventful.com.