Salford in Salford (England) with it's 72,750 inhabitants is a city in United Kingdom about 164 mi (or 264 km) north-west of London, the country's capital.

Local time in Salford is now 02:04 AM (Friday). The local timezone is named Europe / London with an UTC offset of zero hours. We know of 9 airports in the vicinity of Salford, of which 5 are larger airports. The closest airport in United Kingdom is Manchester Airport in a distance of 9 mi (or 15 km), South. Besides the airports, there are other travel options available (check left side).

There are several Unesco world heritage sites nearby. The closest heritage site in United Kingdom is Pontcysyllte Aqueduct and Canal in a distance of 44 mi (or 71 km), South-West. Also, if you like golfing, there are multiple options in driving distance. If you need a place to sleep, we compiled a list of available hotels close to the map centre further down the page.

Depending on your travel schedule, you might want to pay a visit to some of the following locations: Stretford, Manchester, Carrington, Bury and Ringway. To further explore this place, just scroll down and browse the available info. 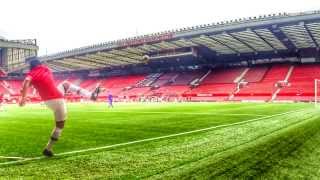 The finale of "Raf Yaakob's Journey to Old Trafford' It started from me winning the Grand Prize winner from Maybank Manchester United Credit Card competition that entitled me to go Manchester... 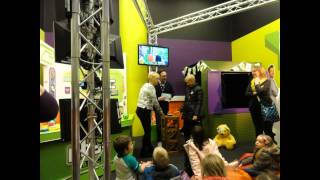 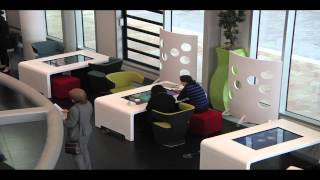 Practicing time-lapse in the Salford University building of Media City on the Panasonic P2. 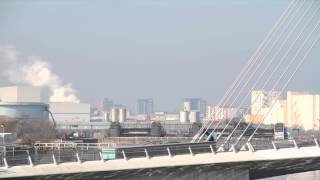 A short time-lapse of the Media City Uk bridge. 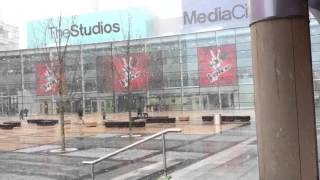 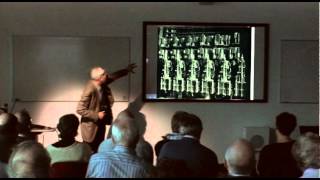 The University of Salford hosted the first conference of its kind on 10th March, 2012. The Archaeology of Communications Conference was held at Media City, at the heart of one of the most... 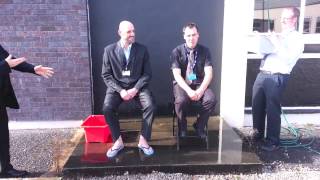 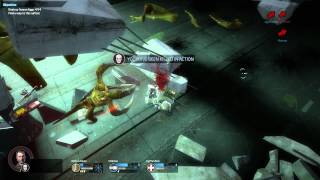 Barry, Rob Tom and Kim, I mean Tim, play a custom Alien Swarm map. Just remember, death comes to us all, those who embrace it with glory and fire are the best of us... Map: City17 https://sites.go... 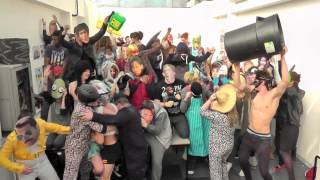 Students from the Creative Arts Department at Pendleton Centre, Salford City College do the Harlem Shake to raise money for Comic Relief 2013. We had a good giggle and managed to support a... 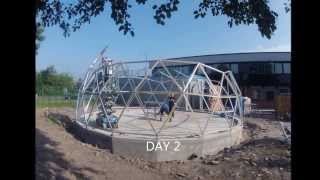 Salford lies at the heart of the City of Salford, a metropolitan borough of Greater Manchester, in North West England. Salford is sited in a meander of the River Irwell, which forms its boundary with the city of Manchester to the east. Together with its neighbouring towns to the west, Salford forms the local government district of the City of Salford, which is administered from Swinton.

BBC Radio 5 Live Sports Extra is a digital radio station, operated by the BBC, and specialising only in extended additional sports coverage. It is a sister station to BBC Radio 5 Live and shares facilities, presenters and management. The station is only available on Digital Radio, television platforms and online.

"Dirty Old Town" is a song written by Ewan MacColl in 1949 that was made popular by The Dubliners and has been recorded by many others since.

On 8 February 2004 saw the establishment of Wat Charoenbhavana, Manchester - also known in English as the North-West Centre for Buddhist Meditation. It is the first Thai Buddhist temple the Northwest of England. It is located in a converted curtain-rail factory in Salford. The temple was named Wat Charoenbhavana (Manchester) by the Thai community (lit. `the temple for cultivation of meditation') and was consecrated with the blessing of the Most Ven.

Located at 53.4923, -2.2815 (Lat. / Lng.), about 0 miles away.
Wikipedia Article
Buddhist temples in England, Thai Buddhist temples outside of Thailand, Religion in Greater Manchester

BBC Radio Manchester is a BBC Local Radio station broadcasting to Greater Manchester and north east Cheshire in North West England. It broadcasts 24 hours a day from studios at MediaCityUK in Salford Quays via a transmitter at Holme Moss, with a small repeater at Saddleworth covering Tameside and Saddleworth. It can also be heard on DAB radio and via internet streaming.

Salford was, from 1844 to 1974, a local government district in the northwest of England, coterminate with Salford. It was granted city status in 1926.

Located at 53.49, -2.29 (Lat. / Lng.), about 0 miles away.
Wikipedia Article
Local government in Salford, Districts of England abolished by the Local Government Act 1972, History of Salford, County boroughs of England

Agecroft Colliery was a coalmine on the Manchester Coalfield in the Agecroft district of Pendlebury that first opened in 1844 in the historic county of Lancashire, England. It exploited the coal seams of the Middle Coal Measures of the Lancashire Coalfield. The colliery had two spells of use; the first between 1844 and 1932 when the most accessible coal seams were exploited and a second lease of life after extensive development in the late 1950s to access the deepest seams..

Salford City College is a further education college based in Salford, England. It opened on 1 January 2009, as the result of a merger between Salford College, Eccles College and Pendleton College to form a 'supercollege'. Salford City College continues to function in the same buildings that the previous colleges had.

Cross Lane railway station is a closed station on the Liverpool to Manchester line.

Seedley railway station is a closed station on the Liverpool to Manchester line.

St Thomas' Church, Pendleton, is located in Broad Street, Pendleton, Salford, Greater Manchester, England. It is an active Anglican parish church in the deanery of Salford, the archdeaconry of Salford, and the diocese of Manchester. Its benefice is united with those of five nearby churches to form the Salford All Saints Team Ministry. The church is designated by English Heritage as a Grade II listed building.

These districts belong to Salford.

These are districts that are close by, but belong to a different city than Salford.

These are some bigger and more relevant cities in the wider vivinity of Salford.