Capodimonte
in Province of Naples of Campania, Italy

Capodimonte in Province of Naples (Campania) is located in Italy about 114 mi (or 184 km) south-east of Rome, the country's capital.

Local time in Capodimonte is now 08:00 AM (Tuesday). The local timezone is named Europe / Rome with an UTC offset of 2 hours. We know of 10 airports in the wider vicinity of Capodimonte, of which 4 are larger airports. The closest airport in Italy is Nápoli / Capodichino International Airport in a distance of 3 mi (or 4 km), East. Besides the airports, there are other travel options available (check left side).

There are several Unesco world heritage sites nearby. The closest heritage site in Italy is Historic Centre of Naples in a distance of 2 mi (or 3 km), South-East. We found 10 points of interest in the vicinity of this place. If you need a place to sleep, we compiled a list of available hotels close to the map centre further down the page.

Depending on your travel schedule, you might want to pay a visit to some of the following locations: Naples, Casavatore, Arzano, Melito di Napoli and Mugnano di Napoli. To further explore this place, just scroll down and browse the available info. 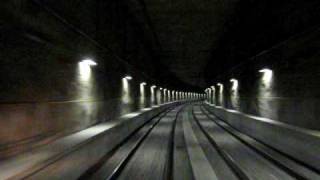 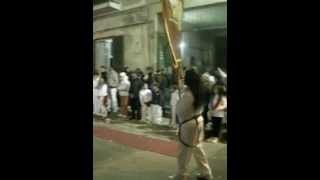 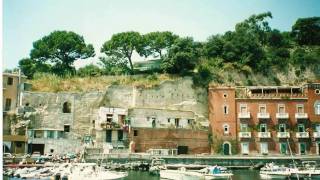 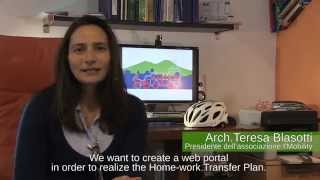 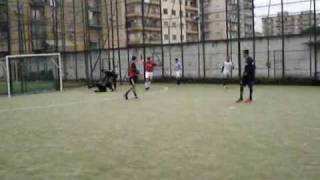 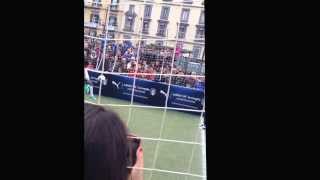 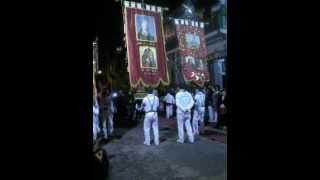 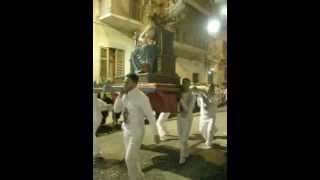 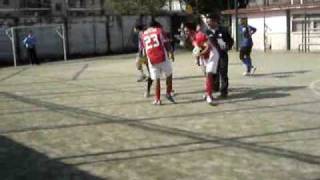 Museo di Capodimonte is located in the Palace of Capodimonte, a grand Bourbon palazzo in Naples, Italy. The museum is the prime repository of Neapolitan painting and decorative art, with several important works from other Italian schools of painting, and some important Ancient Roman sculptures.

Stella is a neighbourhood of Naples, southern Italy. The area includes the National Archaeological Museum, stretches north through the Sanità section of the city, up the Capodimonte hill to include the grounds and buildings of the Capodimonte art museum.

The Catacombs of San Gennaro are underground paleo-Christian burial sites in Naples, Italy. They are situated in the northern part of the city, on the slope leading up to Capodimonte. The site is now easily identified by the large church of Madre del Buon Consiglio.

The Fontanelle cemetery in Naples is a charnel house, an ossuary, located in a cave in the tuff hillside in the Materdei section of the city. It is the source of a fascinating chapter in the folklore of the city. By the time the Spanish moved into the city in the early 16th century, there was already concern over where to locate cemeteries, and moves had been taken to locate graves outside of the city walls. Many Neapolitans, however, insisted on being interred in their local churches.

Located at 40.8591, 14.2419 (Lat. / Lng.), about 1 miles away.
Wikipedia Article
Buildings and structures in Naples, Cemeteries in Italy, Subterranea (geography), Visitor attractions in Naples

The Palace of Capodimonte (Italian Reggia di Capodimonte) is a grand Bourbon palazzo in Naples, Italy, formerly the summer residence and hunting lodge of the kings of the Two Sicilies. It today houses the National Museum of Capodimonte and art gallery of the city. "Capodimonte" means "top of the hill", and the palace was originally just outside the city, which has now expanded to surround it, and somewhat cooler than the city in summer.

The Church of the Immacolata e San Vincenzo and its adjacent convent, are religious buildings in piazzetta San Vincenzo of the Rione Sanità of Naples, Italy. Founded originally in the 8th century by father Gregorio Maria Rocco of Chiaia. It was erected at the site of an earlier church, titled ‘’Santa Maria di Nazareth’’. In 1758, the church along with houses on left side were reconstructed in a Baroque style using designs by Bartolomeo Vecchione.

These are some bigger and more relevant cities in the wider vivinity of Capodimonte.