Current time in Lecce is now 03:14 AM (Wednesday). The local timezone is named Europe / Rome with an UTC offset of 2 hours. We know of 9 airports near Lecce, of which 3 are larger airports. The closest airport in Italy is Lecce Airport in a distance of 8 mi (or 13 km), South. Besides the airports, there are other travel options available (check left side).

There are two Unesco world heritage sites nearby. The closest heritage site in Italy is The Trulli of Alberobello in a distance of 57 mi (or 92 km), North-West. We discovered 3 points of interest in the vicinity of this place. Looking for a place to stay? we compiled a list of available hotels close to the map centre further down the page.

When in this area, you might want to pay a visit to some of the following locations: Cavallino, San Cesario di Lecce, Surbo, Lequile and San Pietro in Lama. To further explore this place, just scroll down and browse the available info.

La Piazzetta B & B 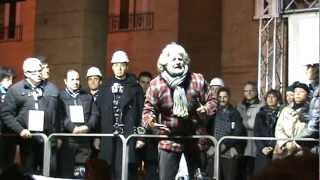 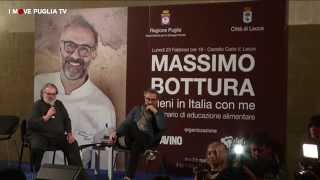 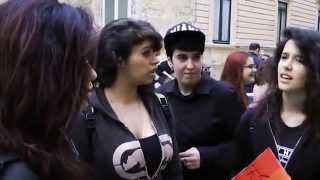 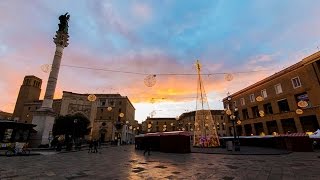 The beautiful artistic city of Lecce wishes you Happy Holidays. If you want more information about living in Lecce, please contact us on our site. Merry Christmas and happy New Year :) See you soon. 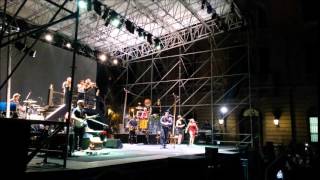 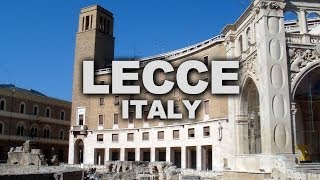 Lecce is a historic city of 95000 inhabitants in southern Italy, the capital of the province of Lecce. It is the main city of the Salentine Peninsula, a sub-peninsula at the heel of the Italian... 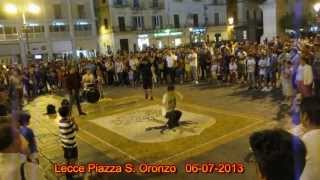 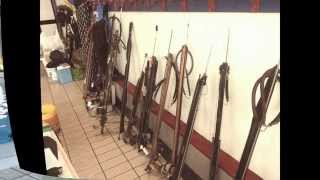 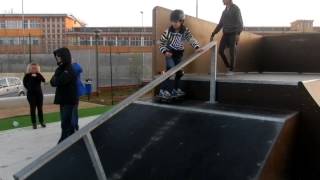 The Province of Lecce (Italian: Provincia di Lecce) is a province in the Apulia region of Italy. Its capital is the city of Lecce. Totally included in the Salento peninsula, it is the second most populous province in Apulia and the twenty-first most populous in Italy. It has an area of 2,759 km² and a total population of 814,495 (2012). There are 97 comunes in the province, see Comunes of the Province of Lecce. As of 2009, the main communes by population were:

Stadio Via del Mare is a multi-purpose stadium in Lecce, Italy. It is mostly used for football matches and is the home of U.S. Lecce. The stadium was built in 1966 and holds 33,876. It takes its name from the street leading to the sea.

The Orto Botanico dell'Università di Lecce (2 hectares), also known as the Orto Botanico di Lecce, is a botanical garden operated by the University of Lecce and located at Via Provinciale Lecce-Monteroni, 73100, Lecce, Apulia, Italy. Although Lecce's earliest botanical garden dates to 1814, it began an irreversible decline in 1866 after its acquisition by the province, and today's garden is a separate undertaking begun in 1994 by the university's biology department.

Lecce railway station (Italian: Stazione di Lecce) serves the city and comune of Lecce, in the region of Apulia, southern Italy. Opened in 1866, it is the southern terminus of the Adriatic Railway (Ancona–Lecce), and is also the terminus of two regional lines, the Martina Franca–Lecce railway and the Lecce–Otranto railway. The station is currently managed by Rete Ferroviaria Italiana (RFI). However, the commercial area of the passenger building is managed by Centostazioni.

Lecce Cathedral (Italian: Duomo di Lecce; Cattedrale dell'Assunzione della Virgine) is the cathedral of the city of Lecce in Apulia, Italy. It is dedicated to the Assumption of the Virgin Mary. It is the seat of the Archbishop of Lecce.

Located at 40.35, 18.1667 (Lat. / Lng.), about 0 miles away.
Wikipedia Article, Homepage
Buildings and structures in Lecce, Cathedrals in Italy, Religious buildings completed in 1659, Churches in Apulia

These are some bigger and more relevant cities in the wider vivinity of Lecce.