Siracusa
in Syracuse of Sicily, Italy

Current time in Siracusa is now 09:15 PM (Friday). The local timezone is named Europe / Rome with an UTC offset of one hour. We know of 8 airports near Siracusa, of which 3 are larger airports. The closest airport in Italy is Catania / Fontanarossa Airport in a distance of 29 mi (or 46 km), North-West. Besides the airports, there are other travel options available (check left side).

There are several Unesco world heritage sites nearby. The closest heritage site in Italy is Syracuse and the Rocky Necropolis of Pantalica in a distance of 2 mi (or 3 km), South-East. We discovered 2 points of interest in the vicinity of this place. Looking for a place to stay? we compiled a list of available hotels close to the map centre further down the page.

When in this area, you might want to pay a visit to some of the following locations: Priolo Gargallo, Floridia, Solarino, Augusta and Melilli. To further explore this place, just scroll down and browse the available info. 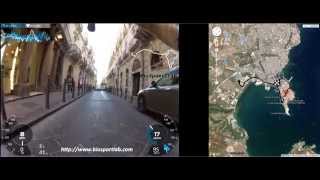 Little trip around "Ortigia" island. Ortigia (The Ottiggia dialect Syracuse, Ortygia, Ὀρτυγία in ancient greek) is the name of the island which is the oldest part of the city of Syracuse... 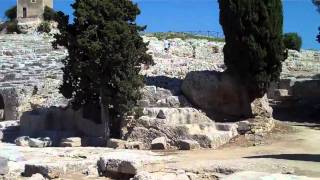 Syracuse and its surrounding area have been inhabited since ancient times. The city was founded in 734 or 733 BC by Greek settlers from Corinth and Tenea. The nucleus of the ancient city was...

Local family playing street football at the side of the Piazza Duomo in Syracuse. 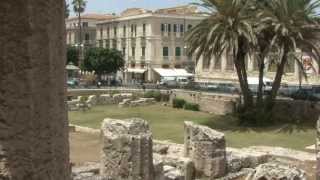 A guided tour showing the highlights of Suracuse: the Greek theater and stone quarry, the Roman amphi theater, the Greek-Roman-Northman-Christian-Barok-Etcetera tempel/cathedral and the ... 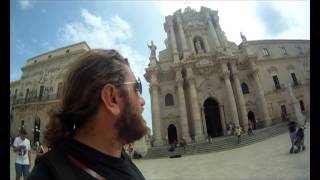 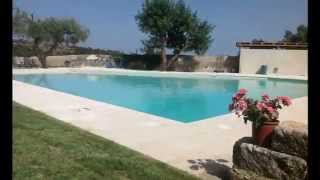 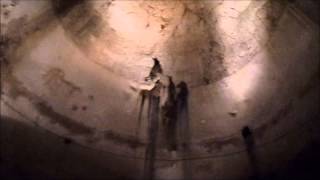 Part of first day expedition to know the city and take references for Architecture Between the Sea and the Sky summer camp projects. In this video, Francesco Librizzi and Stefano Mirti explains... 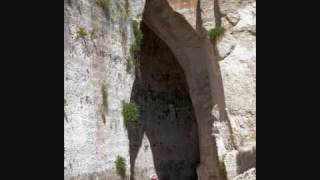 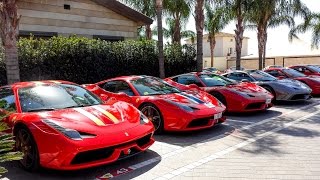 Here another video from the most exclusive Ferrari Gathering ever, the FERRARI CAVALCADE 2014, and it's only one of over 50 videos I've recorded in the private checkpoint of the wonderful Grand... 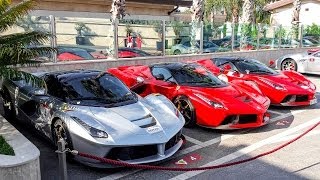 Here another video from the most exclusive Ferrari Gathering ever, the FERRARI CAVALCADE 2014, and it's only one of over 50 videos I've recorded in the private checkpoint of the wonderful Grand...

The Ear of Dionysius (Italian: Orecchio di Dionisio) is an artificial limestone cave carved out of the Temenites hill in the city of Syracuse, on the island of Sicily in Italy. Its name comes from its similarity in shape to the human ear.

The Battle of Himera was fought in 311 BC between Carthage and a Greek force. Hamilcar, grandson of Hanno the Great, led the Carthaginians, while the Greeks were led by Agathocles of Syracuse. The Carthaginian force was victorious.

Ortygia is a little island and it is the historical centre of the city of Syracuse, Sicily. The island, also known as Città Vecchia (Old City), contains many historical landmarks. The name originates from the Ancient Greek ortyx (ὄρτυξ) which means "Quail".

The Palazzo Beneventano del Bosco is a large townhouse at Syracuse in Sicily, Italy. The building dates from the Middle Ages, when it was constructed for the Arezzo family. However, the building seen today dates mostly from the late 18th century, when was largely rebuilt between 1779 and 1788 in the Sicilian Baroque style following its purchase by Baron Guglielmo Beneventano.

The Ciane is a short river in southern Sicily, Italy. It flows into the river in correspondence of Syracuse's port, after a run of 8 km and having received the waters of the Anapo. The name, deriving from the Greek cyanos ("azure"), is connected to the myth of Anapos and the nymph Cyane. On its banks are present spontaneous grows of papyrus (Cyperus papyrus), probably sent to Hiero II of Syracuse by the Egyptian ruler Ptolemy II Philadelphus.

Syracuse War Cemetery is a Commonwealth War Graves Commission burial ground for the dead of World War II located near Syracuse on the island of Sicily.

Siracusa is the main railway station of the Italian city of Syracuse, in Sicily. Like Palermo Centrale, Catania Centrale and Messina Centrale it is one of the most important stations in Sicily. It is owned by the Ferrovie dello Stato, the national rail company of Italy.

These are some bigger and more relevant cities in the wider vivinity of Siracusa.