Cachan in Val-de-Marne (Île-de-France Region) with it's 26,540 habitants is located in France a little south of Paris, the country's capital town.

Current time in Cachan is now 09:29 PM (Thursday). The local timezone is named Europe / Paris with an UTC offset of one hour. We know of 8 airports close to Cachan, of which 5 are larger airports. The closest airport in France is Paris-Orly Airport in a distance of 5 mi (or 8 km), South. Besides the airports, there are other travel options available (check left side).

There are several Unesco world heritage sites nearby. The closest heritage site in France is Paris, Banks of the Seine in a distance of 5 mi (or 8 km), North-West. If you need a hotel, we compiled a list of available hotels close to the map centre further down the page.

While being here, you might want to pay a visit to some of the following locations: L'Hay-les-Roses, Paris, Antony, Boulogne-Billancourt and Palaiseau. To further explore this place, just scroll down and browse the available info. 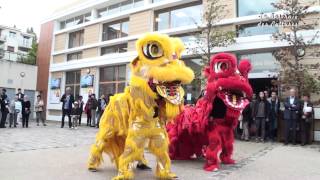 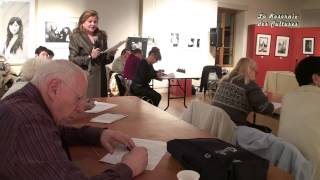 The Bicêtre Hospital is located in Le Kremlin-Bicêtre, which is a commune in the southern suburbs of Paris, France. It lies 4.5 km (2.8 miles) from the center of Paris. The Bicêtre Hospital was originally planned as a military hospital, with construction begun in 1634. With the help of Vincent de Paul, it was finally opened as an orphanage in 1642. It was incorporated into the Hôpital Général in 1656. In 1823, it was called the Hospice de la Vieillesse Hommes.

Located at 48.8095, 2.35511 (Lat. / Lng.), about 1 miles away.
Wikipedia Article, Homepage
1642 establishments in France, Hospitals in Paris, Buildings and structures in Val-de-Marne, Hospitals established in the 17th century, History of psychiatry

The Institut Sup'Biotech de Paris (Sup'Biotech or ISBP) is a French private engineering school created in 2003 and located in Villejuif close to Paris. Sup'Biotech is specialized in the field of biotechnology. The school delivers a 5-year program split in two parts : the first three years corresponds to the level Bachelor in biotechnology and the last two years to Expert in biotechnology.

These are some bigger and more relevant cities in the wider vivinity of Cachan.