Bagneux in Hauts-de-Seine (Île-de-France Region) with it's 38,900 residents is a town located in France a little south-west of Paris, the country's capital place.

Time in Bagneux is now 05:33 AM (Thursday). The local timezone is named Europe / Paris with an UTC offset of 2 hours. We know of 8 airports nearby Bagneux, of which 5 are larger airports. The closest airport in France is Paris-Orly Airport in a distance of 5 mi (or 9 km), South-East. Besides the airports, there are other travel options available (check left side).

There are several Unesco world heritage sites nearby. The closest heritage site in France is Paris, Banks of the Seine in a distance of 4 mi (or 7 km), North. Need some hints on where to stay? We compiled a list of available hotels close to the map centre further down the page.

Being here already, you might want to pay a visit to some of the following locations: L'Hay-les-Roses, Antony, Boulogne-Billancourt, Paris and Palaiseau. To further explore this place, just scroll down and browse the available info. 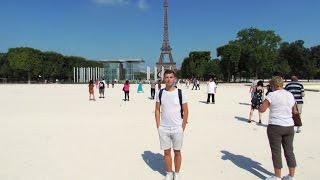 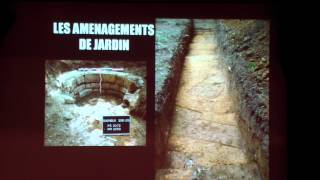 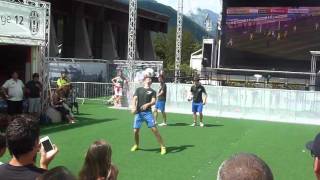 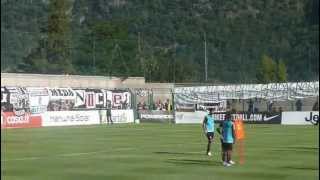 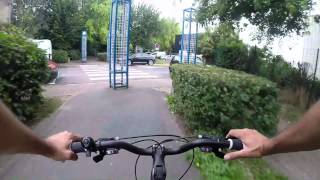 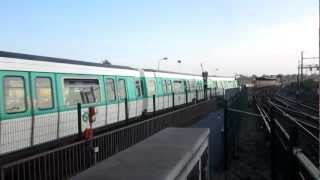 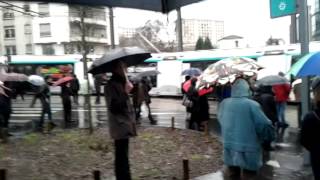 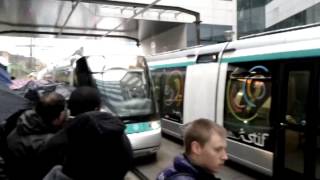 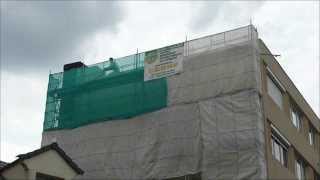 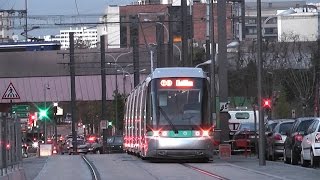 Located to the southwest of the city of Paris, France, the Cimetière de Bagneux is located at 44, avenue Marx-Dormoy, in Montrouge, Hauts-de-Seine. Opened in 1886, it was the burial place of Oscar Wilde until his remains were moved to Père Lachaise Cemetery in Paris. Similarly, Jeanne Hébuterne, (1898–1920) the model and artist who was Amedeo Modigliani's lover and mother of his only child, was originally buried here.

Châtillon – Montrouge is a surface station on line line 13 of the Paris Métro in the communes of Châtillon and Montrouge. The station opened on 9 November 1976 as part of the extension of line 13 from Porte de Vanves. Reversal at the station have been carried out using automatic train operation since June 2008. Platform screen doors were installed to protect passengers from falling under driverless trains.

The Château de Sceaux is a grand country house in Sceaux, Hauts-de-Seine, not far from Paris, France. Located in a park laid out by André Le Nôtre, it houses the Musée de l’Île-de-France, a museum of local history. The former château was built for Jean-Baptiste Colbert, Louis XIV's minister of finance, who purchased the domaine in 1670. The present château, designed to evoke the style of Louis XIII, dates from the Second Empire.

Lycée Lakanal is a secondary public school (enrollment 3,000) in Sceaux, France. It was named after Joseph Lakanal, a French politician, and an original member of the Institut de France. The school also offers a middle school and highly ranked "classes préparatoires" undergraduate training. Famous French scientists and writers have graduated from lycée Lakanal, such as Jean Giraudoux, Alain-Fournier and Frédéric Joliot-Curie.

Malakoff - Rue Étienne Dolet is a surface station on line Line 13 of the Paris Métro in the commune of Malakoff. The station opened on 9 November 1976 as part of the extension of line 13 from Porte de Vanves and Châtillon - Montrouge. It is named after Malakoff and the street of Rue Étienne Dolet, named after Etienne Dolet (1509–1546). He was a printer, humanist and author of Remarks on the Latin language and poetry. He published Clément Marot and François Rabelais.

These are some bigger and more relevant cities in the wider vivinity of Bagneux.

4th Edition Of International Conference On Dentistry And Oral Health
Starting at: 11:00 am (11:00).
More Information: eventful.com.

This place is known by different names. Here the ones we know:
Bagneux, Бањо