La Rochelle in Charente-Maritime (Nouvelle-Aquitaine) with it's 76,810 habitants is a city located in France about 247 mi (or 398 km) south-west of Paris, the country's capital town.

Current time in La Rochelle is now 07:10 AM (Monday). The local timezone is named Europe / Paris with an UTC offset of one hour. We know of 11 airports closer to La Rochelle, of which 3 are larger airports. The closest airport in France is La Rochelle-Île de Ré Airport in a distance of 2 mi (or 4 km), West. Besides the airports, there are other travel options available (check left side).

There are two Unesco world heritage sites nearby. The closest heritage site in France is Jurisdiction of Saint-Emilion in a distance of 108 mi (or 174 km), South-East. We saw 1 points of interest near this location. In need of a room? We compiled a list of available hotels close to the map centre further down the page.

Since you are here already, you might want to pay a visit to some of the following locations: Rochefort, Fontenay-le-Comte, La Roche-sur-Yon, Saintes and Saint-Jean-d'Angely. To further explore this place, just scroll down and browse the available info. 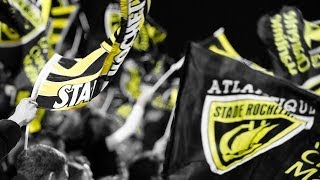 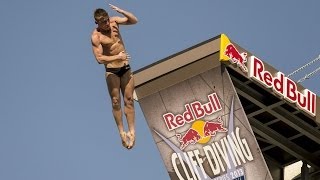 More than 70000 spectators flooded the city's old port for the Red Bull Cliff Diving World Series 2013 kick-off in France. In a sunny La Rochelle the 29-year-old Russian achieved his premiere... 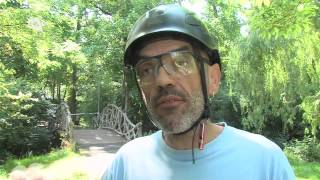 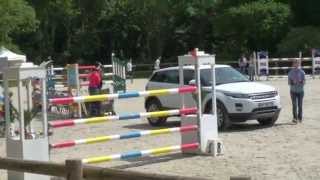 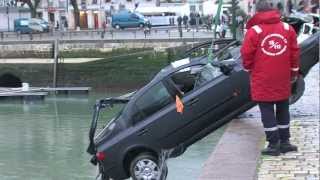 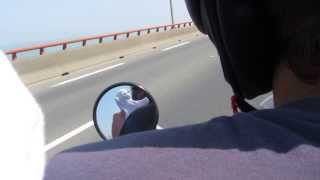 ME driving on a Moped in La Rochelle

Filming while driving? With ME everything is possible! ME becomes adventurous lately, as one can see in this clip. Poppeteer and Camera: Jeanne. Filmen während des Mopedfahrens?... 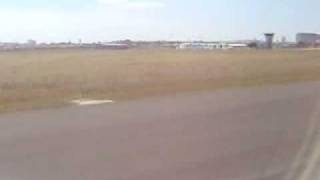 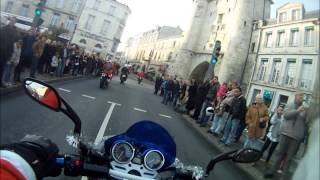 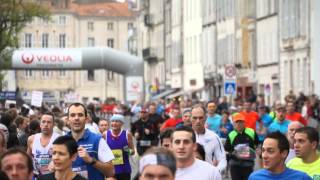 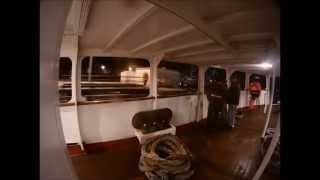 Gare de La Rochelle is the main railway station serving La Rochelle. The station building, which includes a 45-metre-tall clock tower, was built in 1922 by Pierre Esquié for the CF de l'Etat replacing the older building. The station was renovated by Franck Beck and Luc Mouret in the early 1990s for the arrival of the TGV Atlantique. La Rochelle is linked to Poitiers, Tours, Bordeaux and Paris as well as regional services to other towns in Poitou-Charentes, such as Angoulême and Niort.

La Rochelle Cathedral (Cathédrale Saint-Louis de la Rochelle) is a Roman Catholic cathedral, and a national monument of France since 1906, located in the town of La Rochelle.

The Canal de Marans à la Rochelle, also called Canal de Marans, Canal de Rompsay or Canal de La Rochelle depending on the location, is a French canal in the Charente-Maritime department connecting the city of La Rochelle with the town of Marans. It also connects the river of the Sèvre Niortaise to the harbour at La Rochelle. The canal goes through the communes of Dompierre-sur-Mer, Andilly and Sainte-Soulle. It is 24.6 km long, with 4 locks, and has a total denivellation of 1.7 m.

The Jardin des plantes de La Rochelle is a small botanical garden located behind the natural history museum at 28 rue Albert Ier, La Rochelle, Charente-Maritime, Poitou-Charentes, France. It is open daily without charge. The garden was formerly owned by the Jesuits. In 1808 it became a municipal botanical garden as extension of the former Hôtel Jouin de la Tremblaye, but was quickly turned into a park.

Vauclair castle, also Vauclerc castle was a castle built in La Rochelle, by Henry II of England in the 12th century. The castle was located in the area defined by the current Place de Verdun (formally called Place du Chateau). It was incorporated in the fortifications of the city built by William X of Aquitaine, father of Alienor of Aquitaine, in 1130. The castle consisted in four large towers connected by high walls.

The Muséum d'histoire naturelle de La Rochelle is a natural history museum in the city of La Rochelle, France. The museum, reopened after a major renovation in 2007, displays about 10,000 artifacts from naturalists and ethnographers since the 18th century.

These districts belong to La Rochelle.

These are some bigger and more relevant cities in the wider vivinity of La Rochelle.