Brest in Finistère (Brittany Region) with it's 144,899 inhabitants is located in France about 314 mi (or 505 km) west of Paris, the country's capital.

Local time in Brest is now 02:38 AM (Wednesday). The local timezone is named Europe / Paris with an UTC offset of one hour. We know of 9 airports in the wider vicinity of Brest, of which one is a larger airport. The closest airport in France is Brest Bretagne Airport in a distance of 5 mi (or 8 km), North-East. Besides the airports, there are other travel options available (check left side).

Depending on your travel schedule, you might want to pay a visit to some of the following locations: Chateaulin, Quimper, Morlaix, Lannion and Lorient. To further explore this place, just scroll down and browse the available info. 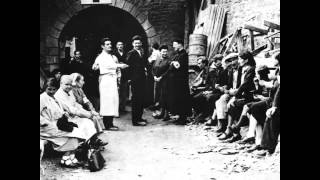 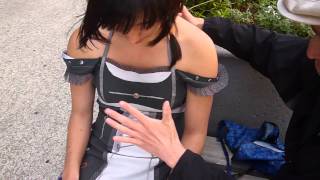 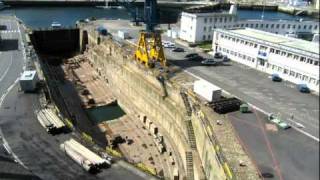 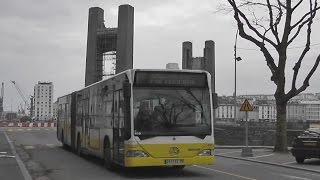 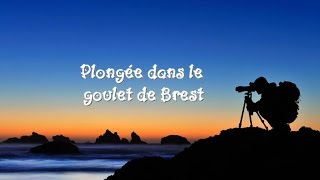 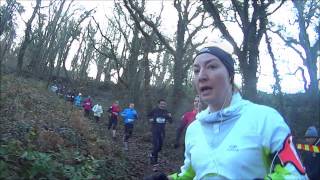 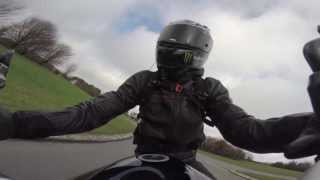 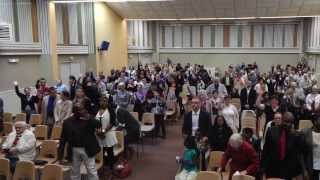 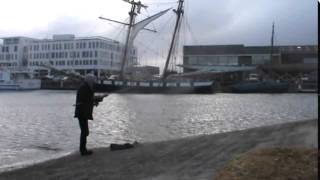 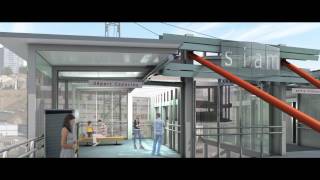 Gare de Brest is the railway station serving Brest, France. It is the western terminus of the Paris–Brest railway. The new station, built above the town's harbour in 1932 on the site of its 1865 predecessor, includes a tall clock tower and a semi circle passenger hall. The current building of 1932, by the CF de l'Etat, replaces the older building built in 1865 by the CF de l'Ouest. The station saw the arrival of the TGV Atlantique in 1990 but saw little changes to its structure.

Salle Marcel Cerdan is an indoor sporting arena located in Brest, France. The capacity of the arena is 2,000 people. It is currently home to the Étendard de Brest basketball team.

The rue de Siam (or Siam Street) is the main arterial street of Brest. Its name comes from the arrival of three ambassadors led by Kosa Pan, sent by the King of Siam on the 29 June 1686 to meet Louis XIV in Versailles. They went with six mandarins, three translators, two secretaries and a retinue of servants, loaded with presents. They traveled on the boats l'Oiseau and La Maligne. They crossed Saint-Pierre Street to go to the hostel of the same name.

The Pont de l’Harteloire is a bridge in Brest, France. Upstream of the Pont de Recouvrance, it connects the two banks of the river Penfeld and overlooks the arsenal de Brest. It is on the site the naval transporter bridge destroyed during the Second World War.

The Pont de Recouvrance is a vertical-lift bridge in Brest, France, across the river Penfeld. Opened on 17 July 1954, it was the largest vertical-lift bridge in Europe until the opening of the Pont Gustave-Flaubert in 2008. It links the bottom of the rue de Siam to the quartier de Recouvrance, replacing a swing bridge destroyed by Allied bombardment in 1944. Each pylon is 70m high, and the 525-tonne lift span is 88m long.

Recouvrance is the section of the city of Brest, France which lies on the right bank of the river Penfeld. It is a popularly and historically Breton quarter, in contrast to the largely Francophone quarter of Brest-même or Brest-proper on the left bank. The lift bridge over the Penfeld was named after this neighbourhood, as was a schooner built in 1992 in the city.

For the bridge of this name in Paris, see Pont National. The Pont National was a swing bridge across the river Penfeld in Brest, France. It opened in 1861, linking rue de Siam to Recouvrance, near the Tour Tanguy. It was destroyed by Allied bombardment in 1944 and replaced by the Pont de Recouvrance in the 1950s.

The Tour Tanguy, Bastille de Quilbignon or Tour de la Motte Tanguy is a medieval tower on a rocky motte beside the Penfeld river in Brest, France. Probably built during the Breton War of Succession, it faces the château de Brest and is now accessed by a road off the square Pierre Péron, at one end of the pont de Recouvrance. It now houses the Museum of Old Brest, a museum with a collection of dioramas that depict the city of Brest on the eve of World War II.

The Château de Brest is a castle in Brest, Finistère, France. The oldest monument in the town, it is located at the mouth of the river Penfeld at the heart of the roadstead of Brest, one of the largest roadsteads in the world. From the Roman castellum to Vauban's citadel, the site has over 1700 years of history, holding right up to the present day its original role as a military fortress and a strategic location of the highest importance.

The Brest Arsenal (French - arsenal de Brest) is a collection of naval and military buildings located on the banks of the river Penfeld, in Brest, France. It is located at {{#invoke:Coordinates|coord}}{{#coordinates:48|23|12|N|4|29|48|W|region:FR_type:landmark_scale:20000 |primary |name= }}.

The Brest Prison (French - bagne de Brest) was a 254m long prison in Brest, France. It was built between 1749 and 1751 by Antoine Choquet de Lindu, dominating the military port it was built to serve. It could house 300 prisoners (sometimes as much as 10% of the town's population), children as young as 11 as well as older people. It was demolished in the late 1940s.

Located at 48.3925, -4.495 (Lat. / Lng.), about 0 miles away.
Wikipedia Article
Defunct prisons in France, Buildings and structures in Brest, France, History of Brest, France

Rue Saint-Malo is a paved street in Brest, France. It is located in the Carpon valley, against the plateau des Capucins in the Recouvrance quarter. Only its lower half survives, as the oldest street in the city. It runs along the wall of the terrain de la Madeleine, where once stood the convent which took in 'sinful women' and Huguenots. It is lined with 17th and 18th century houses and overlooked by terraced gardens.

These districts belong to Brest.

These are districts that are close by, but belong to a different city than Brest.

These are some bigger and more relevant cities in the wider vivinity of Brest.