St-Malo in Ille-et-Vilaine (Brittany Region) with it's 50,676 inhabitants is located in France about 199 mi (or 321 km) west of Paris, the country's capital.

Local time in St-Malo is now 03:32 PM (Tuesday). The local timezone is named Europe / Paris with an UTC offset of 2 hours. We know of 12 airports in the wider vicinity of St-Malo, of which 4 are larger airports. The closest airport in France is Dinard-Pleurtuit-Saint-Malo Airport in a distance of 5 mi (or 8 km), South-West. Besides the airports, there are other travel options available (check left side).

There is one Unesco world heritage site nearby. It's Mont-Saint-Michel and its Bay in a distance of 70 mi (or 112 km), East. If you need a place to sleep, we compiled a list of available hotels close to the map centre further down the page.

Depending on your travel schedule, you might want to pay a visit to some of the following locations: Dinan, Le Hocq, Saint Helier, Rennes and Avranches. To further explore this place, just scroll down and browse the available info. 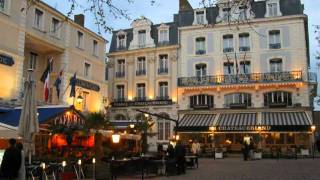 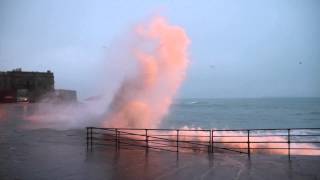 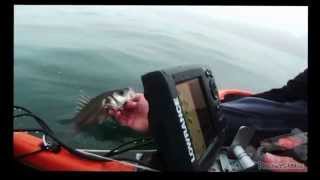 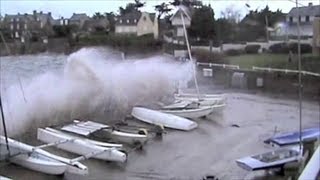 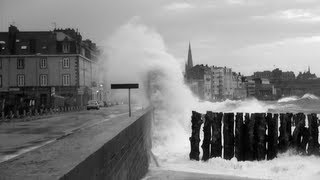 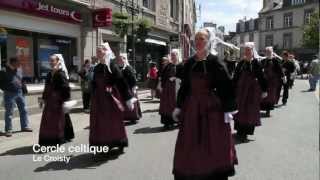 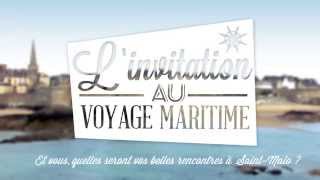 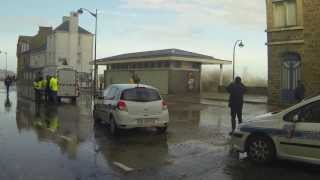 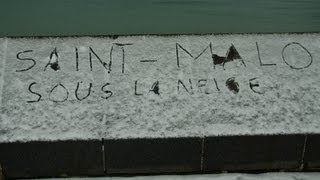 Saint-Servan is a town of western France, in Brittany, situated 2 miles from the ferry port of St Malo. It is renowned for its lovely shops and restaurants. In June 1758, during the Seven Years War, the town was captured by British troops as part of the Raid on St Malo. The British burnt 30 privateers and a hundred other ships before withdrawing. Its population in 1906 was 1,965. The commune of Saint-Servan was merged, together with Paramé, into the commune of Saint-Malo in 1967.

Paramé is a former town and commune of France on the north coast of Britanny. The town merged with Saint-Servan into the commune of Saint-Malo in 1967. Paramé is now a quarter of Saint-Malo and its seaside resort. The city is known for its long sand beach and its sea spa.

Solidor Tower (in French tour Solidor) is a strengthened keep with three linked towers, located in the estuary of the river Rance in Brittany. It was built between 1369 and 1382 by John V, Duke of Brittany (i.e. Jean IV in French) to control access to the Rance at a time when the city of Saint-Malo did not recognize his authority. Over the centuries the tower lost its military interest and became a jail. It is now a museum celebrating Breton sailors exploring Cape Horn.

Grand Bé is a tidal island near Saint-Malo, France. It is located at the mouth of the Rance River, a few hundred metres from the walls of Saint-Malo. At low tide the island can be reached on foot from the nearby Bon-Secours beach. On the island are the remains of an ancient fort. François-René de Chateaubriand, a French writer native to Saint-Malo, is buried on the island, in a grave facing the sea.

Saint-Malo Cathedral (Cathédrale Saint-Vincent-de-Saragosse de Saint-Malo) is a Roman Catholic cathedral dedicated to Saint Vincent of Saragossa, and a national monument of France, in Saint-Malo, Brittany. It was formerly the seat of the Bishop of Saint-Malo. This see was created in 1146 when Jean de Châtillon, Bishop of Aleth, transferred his bishopric to the growing town of Saint-Malo on a more secure site across the river.

Aleth Cathedral (Cathédrale Saint-Pierre d'Aleth) was the cathedral of the Roman Catholic diocese of Aleth, now Saint-Servan in Saint-Malo, Brittany. Aleth was a Gallo-Roman settlement on a peninsula on one side of the Rance estuary. The bishopric was established in the 9th century. The cathedral was destroyed by Norman invaders in the 10th century but later rebuilt.

Gare de Saint-Malo is a railway station serving the town Saint-Malo, Ille-et-Vilaine department, western France. The station is situated on the Rennes–Saint-Malo railway.

Fort National is a Fort just outside the walled city of Saint-Malo. It was built in 1689.

These are some bigger and more relevant cities in the wider vivinity of St-Malo.