Bordeaux
in Gironde of Nouvelle-Aquitaine, France

Bordeaux in Gironde (Nouvelle-Aquitaine) with it's 231,844 citizens is a city in France about 310 mi (or 499 km) south-west of Paris, the country's capital city.

Local time in Bordeaux is now 07:48 AM (Sunday). The local timezone is named Europe / Paris with an UTC offset of one hour. We know of 10 airports in the vicinity of Bordeaux, of which 3 are larger airports. The closest airport in France is Bordeaux-Mérignac (BA 106) Airport in a distance of 7 mi (or 11 km), West. Besides the airports, there are other travel options available (check left side).

There are several Unesco world heritage sites nearby. The closest heritage site in France is Jurisdiction of Saint-Emilion in a distance of 36 mi (or 58 km), East. Looking for a place to stay? we compiled a list of available hotels close to the map centre further down the page.

When in this area, you might want to pay a visit to some of the following locations: Blaye, Libourne, Langon, Lesparre-Medoc and Arcachon. To further explore this place, just scroll down and browse the available info. 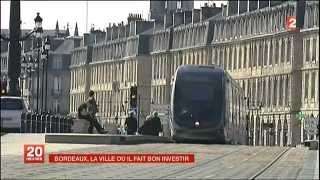 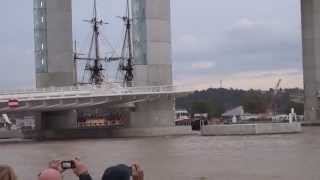 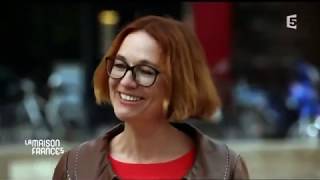 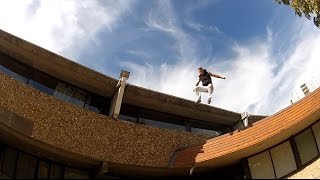 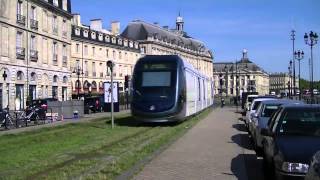 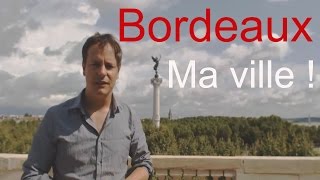 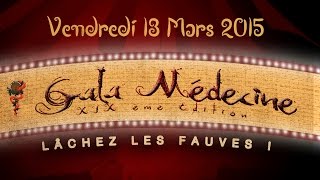 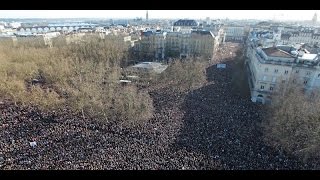 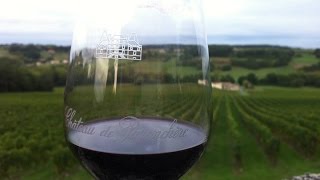 Watch Wine Oh TV with Monique Soltani as she travels to Bordeaux France and shows us the best Bordeaux wine tours and travel tips. Discover that most Bordeaux wine is not out of reach. In fact,... 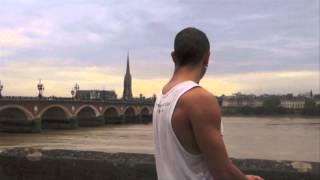 Grand Théâtre de Bordeaux, is a Theatre in Bordeaux, France, first inaugurated on 17 April 1780. It was in this theatre that the ballet La Fille Mal Gardée premiered in 1789, and where a young Marius Petipa staged some of his first ballets. The Theatre was designed by the architect Victor Louis (1731-1800), who was selected for the task by winning the famous Grand Prix de Rome.

The Palais Rohan is the name of the Hôtel de Ville, or City Hall, of Bordeaux, France. The Palais Rohan is located at in Place Pey Berland and houses the town hall of Bordeaux and the Musée des Beaux-Arts de Bordeaux. It took 13 years to build and was completed in 1784. In former times it was the Archbishop's Palace. Parts of it date back to medieval times though it has been improved at various times over the years.

Bordeaux Cathedral (Cathédrale Saint-André de Bordeaux) is a Roman Catholic cathedral, seat of the Archbishop of Bordeaux-Bazas, located in Bordeaux. The cathedral was consecrated by Pope Urban II in 1096. Of the original Romanesque edifice, only a wall in the nave remains. The Royal Gate is from the early 13th century, while the rest of the construction is mostly from the 14th-15th centuries. The building is a national monument of France.

The station Hôtel de Ville is situated on lines and of the tramway de Bordeaux. The station serves as a junction for the two lines.

This article is about the street in Bordeaux. For other streets of this name, see Rue Sainte-Catherine (disambiguation). The rue Sainte-Catherine, a 1.2 km long pedestrian street, is the main shopping street in Bordeaux, France. This street is one of two main lines running through the historic part of the city. It cuts the center following a North-South axis linking the place de la Comédie where the Grand Theatre at the Place de la Victoire.

Grand Théâtre station is located on line of the tramway de Bordeaux.

Gambetta station is located on line of the tramway de Bordeaux.

Tour Pey-Berland, named for its patron Pey Berland, is located in Bordeaux at the Place Pey-Berland next to Cathédrale Saint-André.

Located at 44.8376, -0.576556 (Lat. / Lng.), about 0 miles away.
Wikipedia Article
Buildings and structures in Bordeaux, 15th-century architecture, Churches in Gironde, Towers in France, Visitor attractions in Bordeaux

French National School for the Judiciary

The Musée des Beaux-Arts de Bordeaux is the fine arts museum of the city of Bordeaux, France. Established in 1801 it is one of the largest art galleries of France outside Paris. The museum is housed in a dependency of the Palais Rohan in central Bordeaux. Its collections regroup paintings, sculptures and drawings. The painting collection is the largest one and its strong points are works by French and Dutch painters.

Château du Hâ is a château in Gironde, Aquitane, France.

These are some bigger and more relevant cities in the wider vivinity of Bordeaux.