Boulogne-Billancourt in Hauts-de-Seine (Île-de-France Region) with it's 108,782 habitants is a city located in France a little west of Paris, the country's capital town.

Current time in Boulogne-Billancourt is now 07:38 AM (Sunday). The local timezone is named Europe / Paris with an UTC offset of one hour. We know of 8 airports closer to Boulogne-Billancourt, of which 5 are larger airports. The closest airport in France is Toussus-le-Noble Airport in a distance of 9 mi (or 14 km), South-West. Besides the airports, there are other travel options available (check left side).

There are several Unesco world heritage sites nearby. The closest heritage site in France is Paris, Banks of the Seine in a distance of 3 mi (or 4 km), North-East. In need of a room? We compiled a list of available hotels close to the map centre further down the page.

Since you are here already, you might want to pay a visit to some of the following locations: Nanterre, Antony, L'Hay-les-Roses, Paris and Palaiseau. To further explore this place, just scroll down and browse the available info. 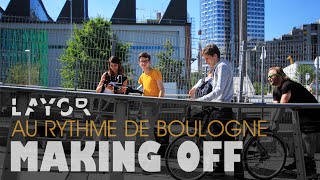 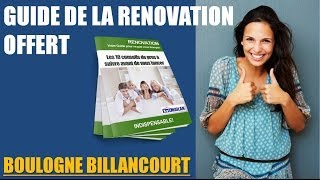 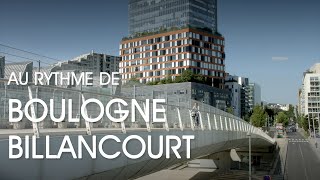 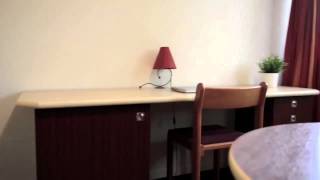 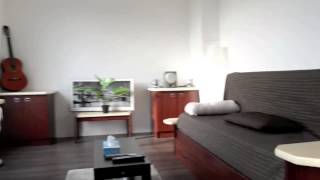 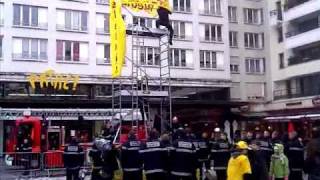 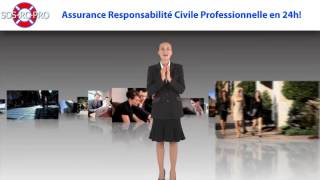 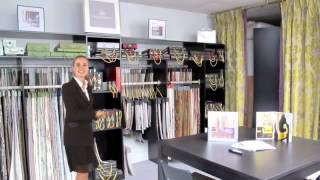 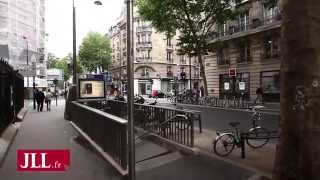 Marcel Sembat is a station of the Paris Métro. The station opened on 3 February 1934 with the extension from Porte de Saint-Cloud. It is situated in the Place Marcel Sembat, named after the journalist Marcel Sembat (1862–1922) who was a director of the socialist review the Petite République from 1890 to 1897 and husband of the painter Georgette Agutte from 1897 until their deaths in 1922.

Porte de Saint-Cloud is a station of line 9 the Paris Métro. The station opened on 28 September 1923 with the extension of the line from Exelmans. It was the terminus of the line until 1934, when it was extended to Pont de Sèvres. As a result it still has four platforms. The station is named after the Porte de Saint-Cloud, a gate in the nineteenth century Thiers Wall of Paris, which led to the town of Saint-Cloud. It serves the Parc des Princes, home of Paris Saint-Germain F.C.

TF1 is a private national French TV channel, controlled by TF1 Group, whose major share-holder is Bouygues. TF1's average market share of 24% makes it the most popular domestic network. It's also considered as the most viewed television channel in Europe. Flagship series include CSI, The Voice and House M.D. The channel is part of the TF1 Group of mass media companies, which also includes the news channel LCI and Eurosport, the largest European sports network.

The Parc des Princes is an all-seater football stadium located in the southwest of Paris, France. The venue, with a seating capacity of 48,712 spectators, has been the home of French football club Paris Saint-Germain since 1973. The current Parc des Princes was inaugurated on 4 June 1972, endowed with very avant-garde architecture for the period. Comfort and visibility were the key words of project architects Roger Taillibert and Siavash Teimouri.

Come into My World

"Come into My World" is a song by Australian recording artist and songwriter Kylie Minogue, which was released on her eighth studio album Fever (2001). It was released as the fourth and final single from the album. "Come into My World" was written by Rob Davis and Cathy Dennis, who also wrote Minogue's successful single "Can't Get You Out of My Head". It was later produced by the writers as well.

Stade Jean-Bouin is a multi-purpose stadium in the 16th arrondissement of Paris, France. The facility, across the street from the much larger Parc des Princes, is currently used mostly for rugby union matches and is the home stadium of Stade Français. Through 2006, it hosted the annual Paris Sevens event in the IRB Sevens World Series, but that event has since been discontinued.

The Le Blon was a French automobile manufactured in Paris by Le Blon Frères in 1898 or from 1898-1900. It was a voiturette similar to the Benz, with a 4 hp twin-cylinder engine. Some cars were sold in England under the name "Lynx". Le Blon Frères was based at (Maus, de la Forêt), 56, rue du Vieux Pont de Sèvres, Boulogne-Billancourt. It is possible that 23 year old pioneer motorist Hubert Le Blon was one of the brothers.

A wholly owned subsidiary of the Michelin Group, ViaMichelin designs, develops and markets digital travel assistance products and services for road users in Europe. Launched in 2001 and drawing upon a century of Michelin experience in the publication of maps and guides, ViaMichelin provides services designed for both the general public and for business.

Île Saint-Germain is an island located in the Seine in Issy-les-Moulineaux in the département of Hauts-de-Seine near Paris, France. It once housed a military camp that was later abandoned, but the island was redeveloped in 1980. The island is divided into two parts. The developed side includes offices and a residential area. The other side includes a park that has been commemorated by the Tour aux Figures (Tower of Figures) http://194.254.135.72/parcs/parcs/germain/images/isgtour.

The Musée des Années Trente (Museum of the 1930s) is a municipal museum specializing in the fine arts, decorative arts, and industrial arts of the 1930s. It is located in the Espace Landowski at 28, Avenue André-Morizet, Boulogne-Billancourt, a western suburb of Paris, France. It is open daily except Mondays and holidays. The closest Paris Métro station is Marcel Sembat on Line 9. The museum was begun in 1939 by Dr. Albert Besançon.

The Musée national du Sport is a national sports museum located at 93 Avenue de France in the 13th arrondissement of Paris, France. The museum was first established in 1922 by the French minister of war, who held responsibility for sports. In the 1940s, the museum fell into desuetude, but was reestablished by the secretary of state for youth and sports in 1963. Architect Roger Taillibert created the galleries inside the Parc des Princes stadium in 1972.

These districts belong to Boulogne-Billancourt.

These are districts that are close by, but belong to a different city than Boulogne-Billancourt.

These are some bigger and more relevant cities in the wider vivinity of Boulogne-Billancourt.