Current time in Le Mans is now 01:10 AM (Thursday). The local timezone is named Europe / Paris with an UTC offset of one hour. We know of 10 airports near Le Mans, of which 3 are larger airports. The closest airport in France is Le Mans-Arnage Airport in a distance of 4 mi (or 6 km), South. Besides the airports, there are other travel options available (check left side).

There are several Unesco world heritage sites nearby. The closest heritage site in France is The Loire Valley between Sully-sur-Loire and Chalonnes in a distance of 48 mi (or 77 km), South-East. Looking for a place to stay? we compiled a list of available hotels close to the map centre further down the page.

When in this area, you might want to pay a visit to some of the following locations: Mamers, La Fleche, Alencon, Mortagne-au-Perche and Nogent-le-Rotrou. To further explore this place, just scroll down and browse the available info. 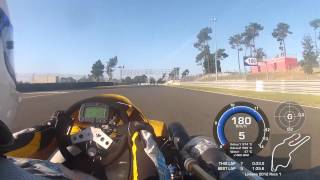 Video is from the CIK-FIA european championship in Superkart held at Le Mans 30th of September 2012. I start in second position position and take the start. 4-5 drivers hit each other in the... 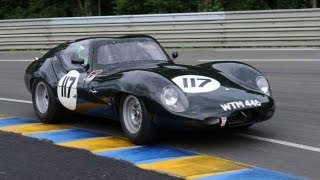 Wet.Dry. Wet again. With some dry bits. But also some wet. I'd done 6 laps of the circuit before the race. The car is worth £2m and this was easily the biggest driving challenge of my life.... 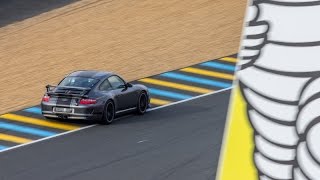 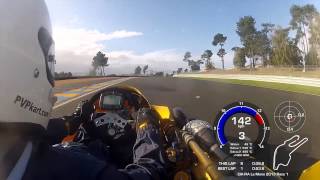 This race is from the European Superkart Championship in October 2013. Wet track. Finish in 2. place. 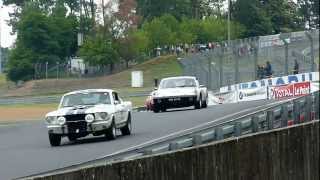 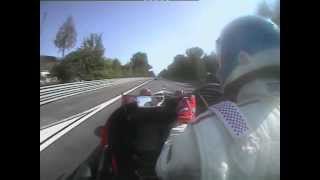 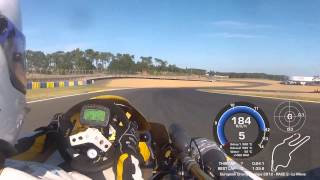 Video is from the CIK-FIA european championship in Superkart held at Le Mans 30th of September 2012. I start in second position position and drop down a lot places due to drivers behind making... 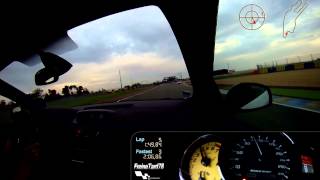 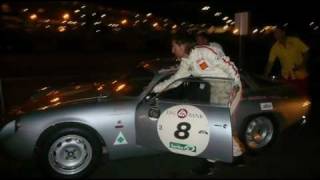 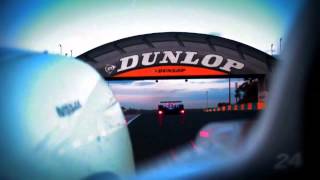 The Huisne is a river is located in France. It is a left tributary of the river Sarthe, which it meets in Le Mans. Its source is near the town Pervenchères, in the Orne department. The Huisne flows through the following départements and towns: Orne: Saint-Jouin-de-Blavou, Rémalard, Condé-sur-Huisne, Le Theil Eure-et-Loir: Nogent-le-Rotrou Sarthe: La Ferté-Bernard, Montfort-le-Gesnois, Le Mans One historic town located on the Huisne is Nogent-le-Rotrou.

Stade Léon-Bollée is a multi-purpose stadium in Le Mans, France. It is currently used mostly for football matches and was the home stadium of Le Mans UC72 until 2011, when it was replaced by MMArena. The stadium is able to hold 17,801 people and was built in 1906.

Le Mans Cathedral (Cathédrale St-Julien du Mans) is a Catholic cathedral situated in Le Mans, France. It is dedicated to Saint Julian of Le Mans, the city's first bishop, who established Christianity in the area around the beginning of the 4th century. The cathedral, which combines a Romanesque nave and a High Gothic choir, is notable for its rich collection of stained glass and the spectacular bifurcating flying buttresses at its eastern end.

The University of Maine (Université du Maine) is a French university, based in Le Mans. It is under the Academy of Nantes.

Le Mans Airfield is an abandoned World War II military airfield, which is located near the City of Le Mans in the Pays de la Loire region of northern France.

The Museum of the 24 Hours of Le Mans was founded in 1961 as the Automobile Museum de la Sarthe. In 1991 it was adopted by the organizers of the 24 hours road race and moved to a purpose built museum complex under the direction of Francis Piquera, the Executive Manager. In 2009 it was extensively renovated, so that the museum's permanent exhibition of the 24 Hours now highlights over 100 exceptional cars, many collectibles, dozens of films and archive photographs.

Located at 47.9911, 0.241944 (Lat. / Lng.), about 2 miles away.
Wikipedia Article, Homepage
1229 establishments, Buildings and structures in Sarthe, Christian monasteries established in the 13th century

These are some bigger and more relevant cities in the wider vivinity of Le Mans.