Orléans in Loiret (Centre Region) with it's 124,149 habitants is a city located in France about 69 mi (or 111 km) south of Paris, the country's capital town.

Current time in Orléans is now 03:51 AM (Sunday). The local timezone is named Europe / Paris with an UTC offset of one hour. We know of 10 airports closer to Orléans, of which 3 are larger airports. The closest airport in France is Blois-Le Breuil Airport in a distance of 36 mi (or 58 km), South-West. Besides the airports, there are other travel options available (check left side).

There are several Unesco world heritage sites nearby. The closest heritage site in France is Chartres Cathedral in a distance of 42 mi (or 68 km), North-West. In need of a room? We compiled a list of available hotels close to the map centre further down the page.

Since you are here already, you might want to pay a visit to some of the following locations: Baigneaux, Pithiviers, Romorantin-Lanthenay, Etampes and Chateaudun. To further explore this place, just scroll down and browse the available info. 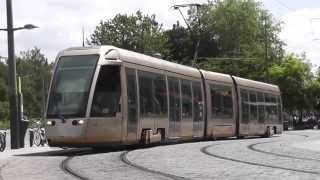 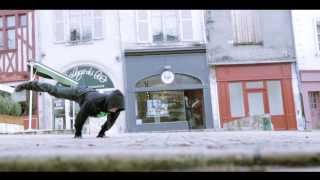 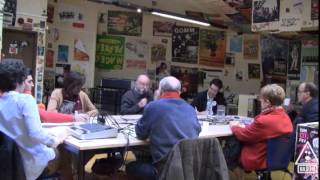 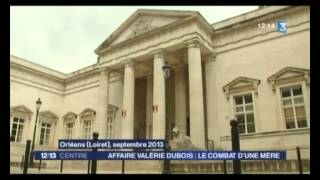 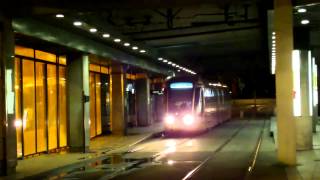 Short clips of tram route A in the city of Orléans, France in a moonlit night. Kurze Szenen der Straßenbahnlinie A in Orléans, Frankreich, in einer Vollmondnacht. 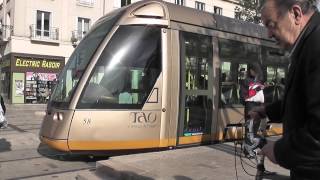 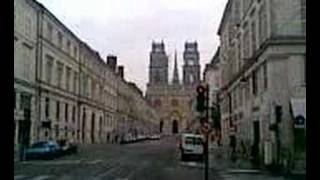 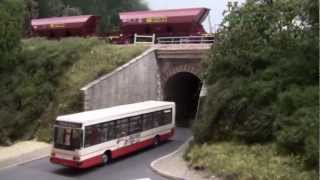 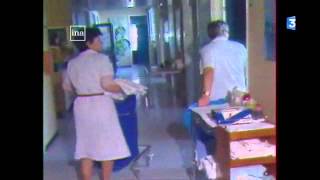 The First Council of Orléans was convoked by Clovis I in 511. Shortly before his death, Clovis called a synod of Gallic bishops to meet at Orléans to reform the church and create a strong link between the crown and the Catholic episcopate. 33 bishops assisted and passed thirty-one decrees on the duties and obligations of individuals, the right of sanctuary, and ecclesiastical discipline.

Orléans Cathedral (Cathédrale Sainte-Croix d'Orléans) is a Gothic catholic cathedral in the city of Orléans, France. It is the seat of the Bishop of Orléans and it was built from 1278 to 1329 and 1601-1829 (after partial destruction in 1568). The cathedral is probably most famous for its association with Joan of Arc. The French heroine attended evening Mass in this cathedral on May 2, 1429, while in the city to lift the siege.

Located at 47.9017, 1.91028 (Lat. / Lng.), about 0 miles away.
Wikipedia Article
Cathedrals in France, Buildings and structures in Orléans, Basilica churches in France, Churches in Loiret

Palais des Sports is an indoor sporting arena that is located in the city of Orléans, France. The capacity of the arena is 3,222 people. It is currently the home arena of the French Pro A League professional basketball team Entente Orléanaise.

Gare d'Orléans is a railway station serving the city Orléans, Loiret department, central France. It is situated on the Paris–Bordeaux railway. The Gare d'Orléans is a terminus; TGV and most other long distance trains only serve the nearby Gare des Aubrais-Orléans.

The Musée des beaux-arts d'Orléans is a museum in the city of Orléans in France. Founded in 1797, it is one of France's oldest provincial museums. Its collections cover the period from the 15th to 20th centuries. The museum owns 2,000 paintings, 700 sculptures, more than 1,200 pieces of decorative arts, 10,000 drawings, 50,000 prints and the second largest collection of pastels in France after that in the Louvre.

Located at 47.9025, 1.90944 (Lat. / Lng.), about 0 miles away.
Wikipedia Article
Museums in Loiret, Buildings and structures in Orléans, Art museums and galleries in France, Art museums established in 1797, 1797 establishments in France

The George V Bridge is a road and tram bridge that crosses the Loire in Orléans, France. It is an arched masonry bridge spanning a distance of 325 m. Designed by Jean Hupeau, it was built between 1751 to 1760, at the request of Daniel-Charles Trudaine, administrator and civil engineer.

This plant was built for Sandoz Laboratories by famous architect Jean Tschumi. It was purchased by Marinopoulos in 2001.

These are some bigger and more relevant cities in the wider vivinity of Orléans.