Poitiers
in Vienne of Nouvelle-Aquitaine, France

Poitiers in Vienne (Nouvelle-Aquitaine) with it's 85,960 habitants is located in France about 183 mi (or 294 km) south-west of Paris, the country's capital town.

Current time in Poitiers is now 03:36 AM (Wednesday). The local timezone is named Europe / Paris with an UTC offset of one hour. We know of 12 airports close to Poitiers, of which 5 are larger airports. The closest airport in France is Poitiers-Biard Airport in a distance of 1 mi (or 2 km), West. Besides the airports, there are other travel options available (check left side).

There are several Unesco world heritage sites nearby. The closest heritage site in France is Abbey Church of Saint-Savin sur Gartempe in a distance of 25 mi (or 41 km), East. We encountered 3 points of interest near this location. If you need a hotel, we compiled a list of available hotels close to the map centre further down the page.

While being here, you might want to pay a visit to some of the following locations: Chatellerault, Montmorillon, Parthenay, Chinon and Confolens. To further explore this place, just scroll down and browse the available info. 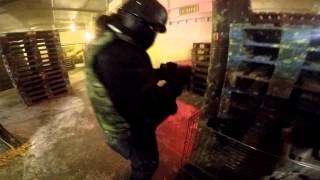 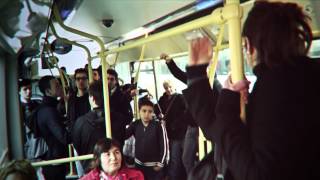 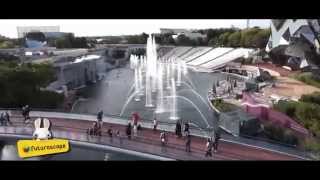 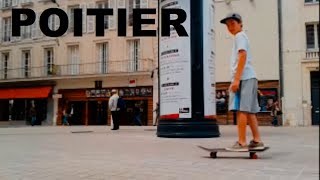 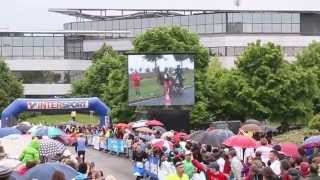 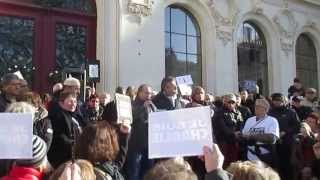 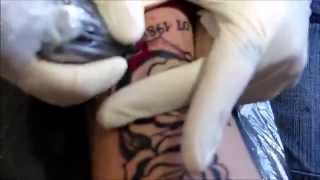 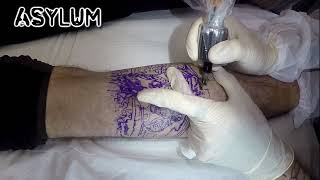 The University of Poitiers (French: Université de Poitiers) is a university in Poitiers, France. It is a member of the Coimbra Group.

Poiters Cathedral (Cathédrale Saint-Pierre de Poitiers) is a Roman Catholic cathedral in Poitiers, France. It is the seat of the Archbishop of Poitiers. Its construction began in 1162 by Henry II of England and Eleanor of Aquitaine on the ruins of a Roman basilica, and work was well advanced by the end of the 12th century. It is the largest medieval monument in the city of Poitiers. It is built in the Romanesque and Early Gothic styles, the latter predominating.

The Baptistère Saint-Jean is a religious edifice in Poitiers, France. It is reputed to be the oldest existing Christian building in France and one of the most prominent examples of Merovingian architecture.

The Palace of Justice in Poitiers began its life as the seat of the Counts of Poitou and Dukes of Aquitaine in the tenth through twelfth centuries.

The Gare de Poitiers is a major railway station in the French city of Poitiers, in the department of Vienne and region of Poitou-Charentes. The station is situated on the Paris–Bordeaux railway.

Notre-Dame la Grande is a Roman Catholic church in Poitiers, France. Having a double status, collegial and parochial, it forms part of the Catholic diocese of Poitiers. The west front adorned with statuary is recognised as a masterpiece of Romanesque religious art. The walls inside the church are painted.

The Boivre is a 46.1 km long river in western France, tributary of the river Clain. Its source is near Vasles, in the Deux-Sèvres département. The Boivre flows through the following départements and towns: Deux-Sèvres: Vasles Vienne: Benassay, Lavausseau, La Chapelle-Montreuil, Montreuil-Bonnin, Béruges, Vouneuil-sous-Biard, Biard and Poitiers It reaches the Clain at Poitiers.

The Musée Sainte-Croix is the largest museum in Poitiers, France. Planned by architect Jean Monge and built in 1974, it stands at the site of the former Abbaye Sainte-Croix, which was moved to Saint-Benoît, Vienne. It is a constructed of concrete and glass, in the 1970s style. The museum hosts a permanent exhibition on periods from prehistory to the contemporary art, through the medieval period and the Fine arts.

The Église Saint-Hilaire-le-Grand is a church in Poitiers, France. It was named after Hilary of Poitiers (Hilaire in French). It dates back to the 11th century, and was consecrated in 1049. Damaged during the French Revolution, it was restored in the second half of the 19th century. The church received a new portal, and the nave was partly reconstructed. It was listed as Monument historique in 1840.

The Church of Saint-Jean de Montierneuf is a Roman Catholic church in Poitiers, France. The church was built in the 11th century and is notable for its Romanesque architecture. It has been listed as a Monument historique since 1840.

The Jardin des Plantes de Poitiers (1.5 hectares) is a municipal park and botanical garden located at 1 rue du Jardin des Plantes, Poitiers, Vienne, Poitou-Charentes, France. It is open daily without charge. Poitiers' first Jardin des Plantes was established in 1621 by Le Coq Paschal, Dean of the Faculty of Medicine, but the garden was relocated 8 times before its establishment in 1869 on the former grounds of the Hôtel Dieu, its current location.

The Institut d'Administration des Entreprises de Poitiers, in Poitiers, is the Business School of the University of Poitiers. From its origins it has been part of the "Réseau des IAE", first French network in management education, which includes 31 IAE all over France.

These are some bigger and more relevant cities in the wider vivinity of Poitiers.