Perpignan
in Pyrénées-Orientales of Occitanie, France

Safety Score: 4,0 of 5.0 based on data from 9 authorites. Meaning please reconsider your need to travel to France.

Perpignan in Pyrénées-Orientales (Occitanie) with it's 110,706 citizens is a place in France about 426 mi (or 686 km) south of Paris, the country's capital city.

Current time in Perpignan is now 02:42 PM (Monday). The local timezone is named Europe / Paris with an UTC offset of one hour. We know of 12 airports near Perpignan, of which 4 are larger airports. The closest airport in France is Perpignan-Rivesaltes (Llabanère) Airport in a distance of 3 mi (or 5 km), North-West. Besides the airports, there are other travel options available (check left side).

There are several Unesco world heritage sites nearby. The closest heritage site in France is Historic Fortified City of Carcassonne in a distance of 45 mi (or 72 km), North-West. We encountered 1 points of interest in the vicinity of this place. If you need a hotel, we compiled a list of available hotels close to the map centre further down the page.

While being here, you might want to pay a visit to some of the following locations: Ceret, Cantallops, la Jonquera, Agullana and Espolla. To further explore this place, just scroll down and browse the available info. 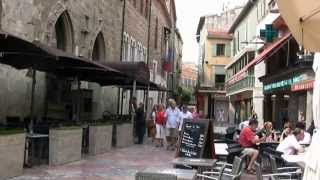 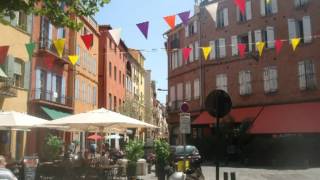 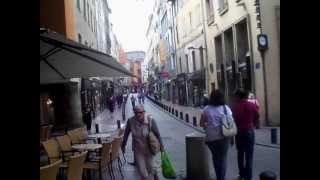 Perpignan or Perpinyà, is the capital of the Pyrénées-Orientales department in southern France and was the continental capital of the Kingdom of Majorca in the 13th and 14th centuries. 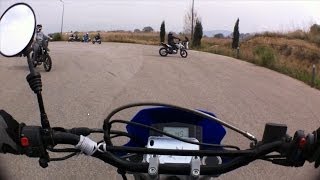 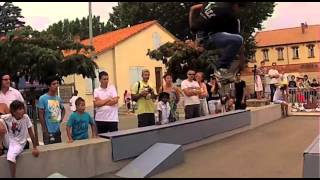 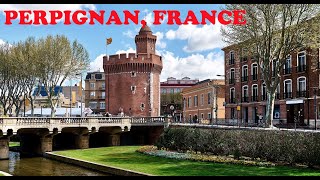 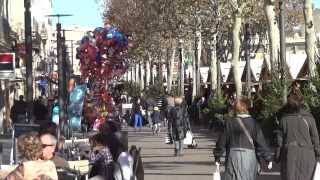 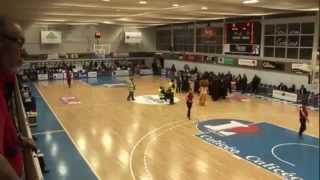 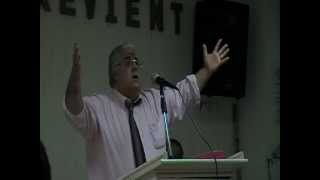 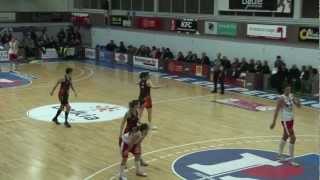 Stade Aimé Giral is a multi-purpose stadium in Perpignan, France. It is currently used mostly for rugby union matches and is the home stadium of USA Perpignan. The stadium also hosted the majority of Catalans Dragons home matches in the rugby league club's first two seasons in Super League in 2006 and 2007; however, the Dragons have since renovated their own ground, Stade Gilbert Brutus, and now play all their home matches there.

The Cathedral of Saint John the Baptist of Perpignan (French: Cathédrale de Saint-Jean-Baptiste de Perpignan, Catalan: Catedral de Sant Joan Baptista de Perpinyà) is a Roman Catholic cathedral, and a national monument of France, located in the town of Perpignan in Languedoc-Roussillon. The cathedral was begun in 1324 by King Sancho of Majorca, and later finished in the 15th century.

Stade Gilbert Brutus is a rugby league stadium located in Perpignan, in the south of France. It is the permanent home of the Catalans Dragons. On Monday 11 November 2013, the stadium will host France's 2013 Rugby League World Cup Group B match with Samoa.

Palace of the Kings of Majorca

The Palace of the Kings of Majorca, or Palais des Rois de Majorque in French, is a palace and a fortress with gardens overlooking the city of Perpignan in Pyrenees-Orientales, Languedoc-Roussillon, France.

University of Perpignan Via Domitia

The Zadorra is a river tributary of the Ebro in the Basque Country at the north of the Iberian Peninsula. The river flows across province Álava all along (with the exception of Burgos' exclave La Puebla de Arganzon) till it pours into the Ebro near Miranda de Ebro in Burgos' lands. The river's water volume is the largest in Álava, with its basin being the most extensive in the province.

These are some bigger and more relevant cities in the wider vivinity of Perpignan.