Angoulême
in Charente of Nouvelle-Aquitaine, France

Angoulême in Charente (Nouvelle-Aquitaine) with it's 49,468 habitants is a town located in France about 244 mi (or 393 km) south-west of Paris, the country's capital town.

Time in Angoulême is now 06:25 PM (Wednesday). The local timezone is named Europe / Paris with an UTC offset of 2 hours. We know of 12 airports closer to Angoulême, of which 4 are larger airports. The closest airport in France is Angoulême-Brie-Champniers Airport in a distance of 6 mi (or 10 km), North-East. Besides the airports, there are other travel options available (check left side).

There are several Unesco world heritage sites nearby. The closest heritage site in France is Routes of Santiago de Compostela in France in a distance of 43 mi (or 68 km), South-East. In need of a room? We compiled a list of available hotels close to the map centre further down the page.

Since you are here already, you might want to pay a visit to some of the following locations: Champniers, Cognac, Nontron, Jonzac and Confolens. To further explore this place, just scroll down and browse the available info. 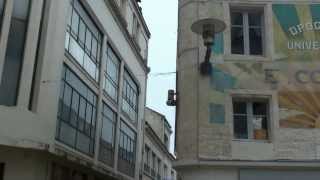 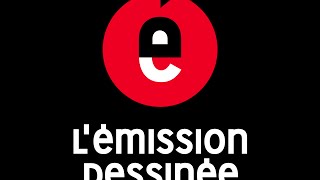 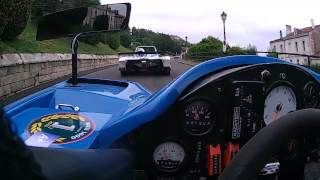 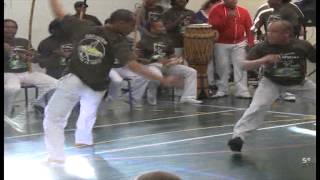 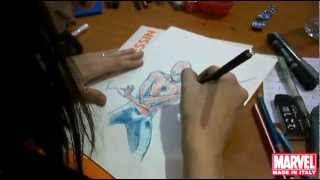 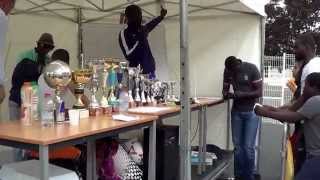 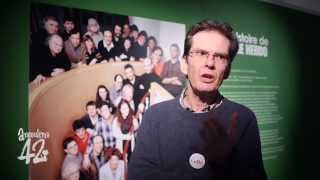 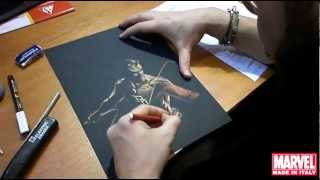 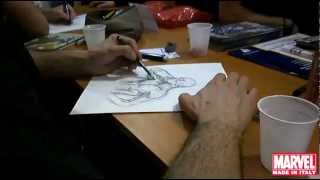 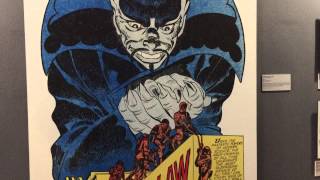 Angoumois was a county and province of France, nearly corresponding today to the Charente département. Its capital was Angoulême.

Located at 45.65, 0.166667 (Lat. / Lng.), about 1 miles away.
Wikipedia Article
Former provinces of France, Geography of Charente, History of Poitou-Charentes

Angoulême Cathedral (Cathédrale Saint-Pierre d'Angoulême) is a religious building of Angoulême, Charente, France, an example of Romanesque architecture and sculpture in France. It is the seat of the Bishop of Angoulême.

The Château d'Angoulême was a castle in the town of Angoulême, in the Charente département of France. The only remaining parts are the keep of Lusignan and the tower of Valois, which are part of the Town Hall of Angoulême, together with a construction of the 19th century.

Stade Lebon is a multi-use stadium in Angoulême, France. It is currently used mostly for football matches and is the home stadium of Angoulême CFC. The stadium is able to hold 6,500 people.

Circuit des Remparts was a circuit race for Grand Prix cars and Formula Two voiturettes held in Angoulême, France. The circuit had a length of 1,287 m, which was driven 80 laps.

The 1st Marine Infantry Regiment (French: 1er Régiment d'Infanterie de Marine, 1er RIMa) is a French regiment, that inherits from Colonial Infantry. It is one of the oldest regiments of the Troupes de Marine with 2e RIMa, 3e RIMa, 4e RIMa and 1er RAMa, forming the Blue Division during Franco-Prussian war. The current regiment is based in Angoulême, and is actually a light cavalry regiment like the RICM equipped with AMX-10RC and VBL.

Gare d'Angoulême is a railway station serving the town Angoulême, Charente department, western France. It is situated on the Paris–Bordeaux railway, it is a 2hrs 10min journey to Paris and a 55 min to Bordeaux by TGV. There are local trains to the towns of Royan, Poitiers and Limoges. The station building is part of the former Collège Royal de la Marine, as testified by an enamel plaque in the booking hall.

These are some bigger and more relevant cities in the wider vivinity of Angoulême.