Current time in Angers is now 03:05 PM (Tuesday). The local timezone is named Europe / Paris with an UTC offset of one hour. We know of 10 airports close to Angers, of which two are larger airports. The closest airport in France is Angers-Loire Airport in a distance of 13 mi (or 21 km), North-East. Besides the airports, there are other travel options available (check left side).

There are several Unesco world heritage sites nearby. The closest heritage site in France is The Loire Valley between Sully-sur-Loire and Chalonnes in a distance of 59 mi (or 95 km), East. If you need a hotel, we compiled a list of available hotels close to the map centre further down the page.

While being here, you might want to pay a visit to some of the following locations: Segre, Chateau-Gontier, Saumur, Cholet and La Fleche. To further explore this place, just scroll down and browse the available info. 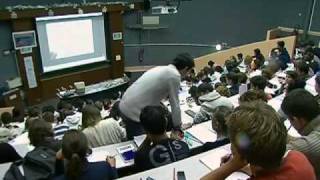 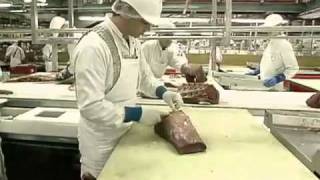 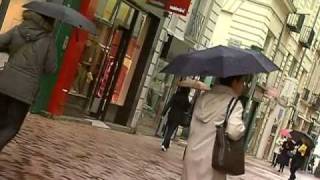 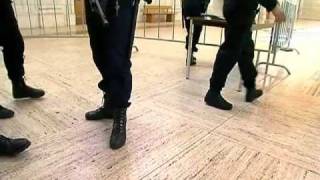 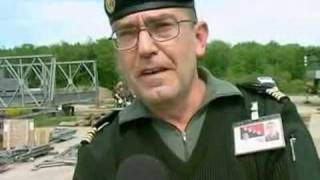 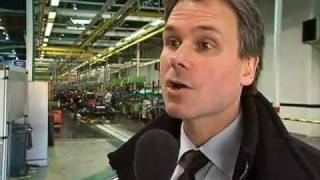 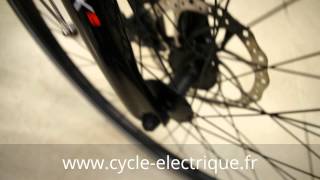 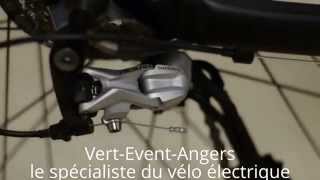 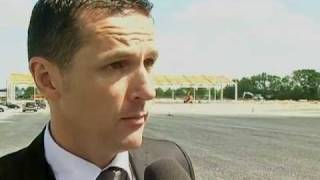 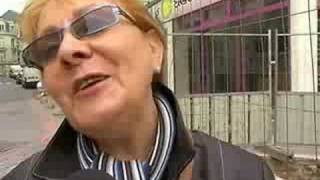 Anjou is a former county (in the sense of being ruled by a count, from c. 880), duchy (1360) and province centred on the city of Angers in the lower Loire Valley of western France. Its traditional Latin name was Andegavia. Anjou was united with the English Crown from 1151-1199, when Henry II, and, in turn, his (third) son Richard the Lionheart, inherited the county, and thus themselves became Counts of Anjou. At its peak, the Angevin Empire then spread from Ulster to the Pyrenees.

The Château d'Angers is a castle in the city of Angers in the Loire Valley, in the département of Maine-et-Loire, in France. Founded in the 9th century by the Counts of Anjou, was expanded to its current size in the 13th century. It is located on a rocky ridge overhanging the river Maine. Now open to the public, the Château d'Angers is home of the Apocalypse Tapestry.

Angers Cathedral (Cathédrale Saint-Maurice d'Angers), in the city of Angers, was constructed on the orders of bishops Normand de Doué and Guillaume de Beaumont after the original building burnt down in 1032. The transept's stained glass window of Saint Julian is considered a masterpiece of French 13th century glasswork. The cathedral is the seat of the diocese of Angers and a national monument of France.

Angers Bridge, also called the Basse-Chaîne Bridge, was a suspension bridge over the Maine River in Angers, France. It was designed by Joseph Chaley and Bordillon, and built between 1836 and 1839. The bridge collapsed on April 16, 1850, while a battalion of French soldiers was marching across it, killing over 200 of them. The bridge spanned 102 m, with two wire cables carrying a 7.2 m wide deck. Its towers consisted of cast iron columns 5.47 m tall.

Muséum d’histoire naturelle d’Angers is a French natural history museum in the Hôtel Demarie-Valentin, (dating from 1521) in Angers. It contains 100,000 specimens and documents, including 2,500 birds, 20,000 molluscs, and 50,000 fossils. It also contains some meteorites that have hit France, such as Angers and L'Aigle. In 2007 the museum celebrated the tricentenary of the Swedish naturalist Carl Linnaeus. Poster.

The Arboretum Gaston Allard (7 hectares), also known as the Arboretum d'Angers and formerly the Arboretum de la Maulévrie, is a municipal arboretum located at 9, rue du Château d’Orgement, Angers, Maine-et-Loire, Pays de la Loire, France. It is open daily. The arboretum was begun in 1863 by botanist Gaston Allard (1838-1918) within the closerie Maulévrie, which was then his home. He continued planting until his death in 1918.

The Jardin des Plantes d'Angers (4 hectares) is a municipal park and botanical garden located on Place Pierre Mendès France, Angers, Maine-et-Loire, Pays de la Loire, France. It is open daily without charge. The garden was first established in 1777 by Doctor Luthier de La Richerie, founder of the Société des Botanophiles, as an amateur's botanical garden in response to Anger's first such garden, maintained by the Faculty of Medicine circa 1740-1750.

The Jardin botanique de la Faculté de Pharmacie d'Angers (8000 m²) is a botanical garden and arboretum operated by the Faculty of Pharmacy of the University of Angers. It is located at 16 Boulevard Daviers, Angers, Maine-et-Loire, Pays de la Loire, France, and open weekdays without charge. The garden was created from 1888-1895 via gradual transfer of the existing School of Botany collection from the Jardin des Plantes d'Angers.

Gare d'Angers-Saint-Laud is the main railway station serving the city Angers, Maine-et-Loire department, western France. It is situated on the Le Mans–Angers railway and the Tours–Saint-Nazaire railway.

These districts belong to Angers.

These are some bigger and more relevant cities in the wider vivinity of Angers.