Bayonne
in Pyrénées-Atlantiques of Nouvelle-Aquitaine, France

Bayonne in Pyrénées-Atlantiques (Nouvelle-Aquitaine) with it's 44,396 habitants is located in France about 414 mi (or 666 km) south-west of Paris, the country's capital town.

Current time in Bayonne is now 06:25 AM (Tuesday). The local timezone is named Europe / Paris with an UTC offset of one hour. We know of 9 airports close to Bayonne, of which one is a larger airport. The closest airport in France is Biarritz-Anglet-Bayonne Airport in a distance of 2 mi (or 4 km), South-West. Besides the airports, there are other travel options available (check left side).

While being here, you might want to pay a visit to some of the following locations: Zugarramurdi, Etxalar, Lesaka, Fuenterrabia and Igantzi. To further explore this place, just scroll down and browse the available info. 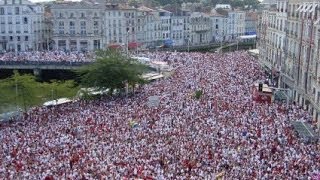 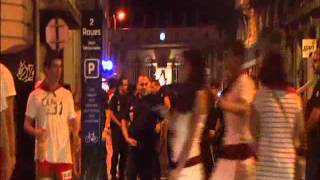 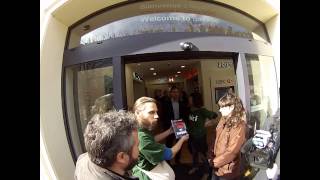 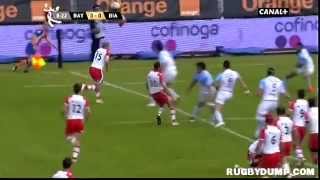 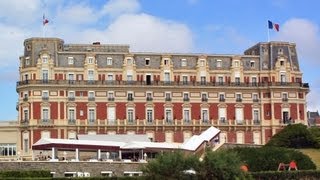 A short walk around Bayonne (Baiona in Basque language or Euskara) and Biarritz (Miarritze in Euskara), main cities of the historical province of Lapurdi in the northern Basque Country (Iparralde... 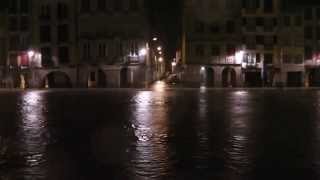 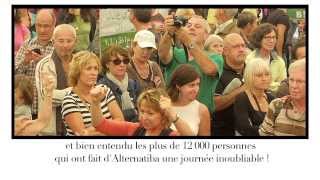 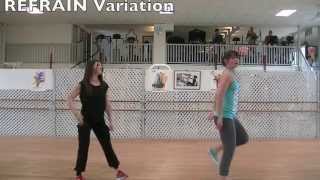 Stade Jean Dauger is a multi-purpose stadium in Bayonne, France. It is currently used mostly for rugby union matches and is the home stadium of Aviron Bayonnais. After a renovation project completed in 2009, the stadium can hold 16,934, with 10,733 seated. It hosted the match between Canada and Fiji during the 1991 Rugby World Cup. Canada won the match 13–3. In July 2011 the stadium hosted all four matches of the Kopa Baiona.

Biarritz – Anglet – Bayonne Airport, also known as Biarritz Airport or Biarritz-Parme Airport, is an airport serving Biarritz, France. It is located 5 km southeast of Biarritz, near Bayonne and Anglet.

Located at 43.4683, -1.52333 (Lat. / Lng.), about 2 miles away.
Wikipedia Article, Homepage
Airports in France, Buildings and structures in Pyrénées-Atlantiques, Transport in Aquitaine

Located at 43.4906, -1.47722 (Lat. / Lng.), about 1 miles away.
Wikipedia Article
Cathedrals in France, Churches in Pyrénées-Atlantiques, World Heritage Sites in France

The Jardin botanique de Bayonne (3000 m²), also known as the Jardin botanique des Remparts, is a botanical garden located at the Avenue du 11 Novembre and Allée de Tarride, Bayonne, Pyrénées-Atlantiques, Aquitaine, France. It is open Tuesday through Saturday in the warmer months; admission is free.

The Musée Bonnat-Helleu is an art museum in Bayonne, Aquitaine, France. The museum was created in 1901 when Bayonne-born painter Léon Bonnat gave his extensive personal collections of art – notably an exceptional drawing collection – as well as many of his paintings to the City of Bayonne. Subsequent donors enriched the collections of the Bonnat Museum with major gifts in 1936, 1988, 1992 and 2009-2010, making its holdings one of the largest collections of art in southern France.

The Monbar Hotel attack was carried out by the Grupos Antiterroristas de Liberación (GAL), a state sponsored death squad, on 25 September 1985 in Bayonne, France. The targets were four members of ETA military, whom the Spanish government believed to be senior figures in the organisation, itself proscribed as a terrorist group in Spain and France. All four people were killed, with a fifth person, apparently unconnected to ETA, injured in the shooting.

These districts belong to Bayonne.

These are some bigger and more relevant cities in the wider vivinity of Bayonne.