Rennes in Ille-et-Vilaine (Brittany Region) with it's 209,375 inhabitants is located in France about 191 mi (or 308 km) west of Paris, the country's capital.

Local time in Rennes is now 07:19 PM (Monday). The local timezone is named Europe / Paris with an UTC offset of 2 hours. We know of 9 airports in the wider vicinity of Rennes, of which one is a larger airport. The closest airport in France is Rennes-Saint-Jacques Airport in a distance of 4 mi (or 7 km), South-West. Besides the airports, there are other travel options available (check left side).

There is one Unesco world heritage site nearby. It's Mont-Saint-Michel and its Bay in a distance of 65 mi (or 105 km), North-East. If you need a place to sleep, we compiled a list of available hotels close to the map centre further down the page.

Depending on your travel schedule, you might want to pay a visit to some of the following locations: Chateaubriant, Dinan, Fougeres, Redon and St-Malo. To further explore this place, just scroll down and browse the available info. 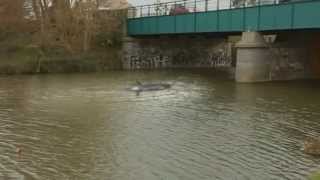 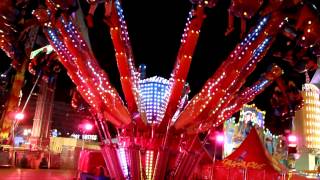 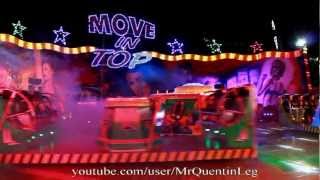 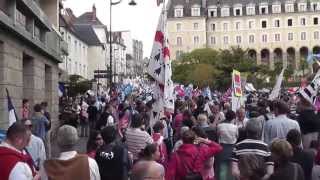 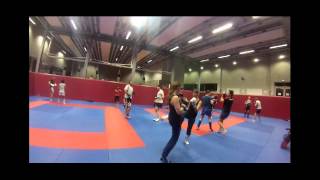 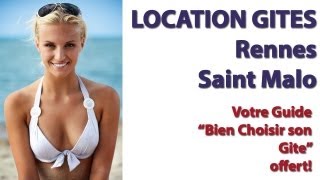 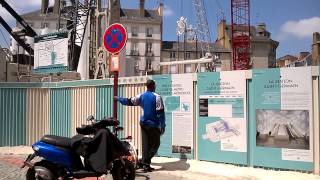 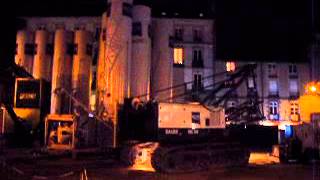 The Ille is a small river in Brittany, France, right tributary of the river Vilaine. It flows into the Vilaine in the city Rennes. The Ille is linked to the river Rance by the Canal d'Ille-et-Rance. By this canal, Rennes has a connection with the English Channel coast at St. Malo. The canal is used primarily for tourist boats. The Ille flows through the department Ille-et-Vilaine and the following towns: Montreuil-sur-Ille, Betton and Rennes.

ESC Rennes School of Business or École Supérieure de Commerce de Rennes is a French business school located in Rennes, the capital of Brittany, founded in 1990 by the Chamber of Commerce and Industry of Rennes. ESC Rennes belongs to the group of prestigious French Grandes Écoles, elite graduate schools. ESC Rennes is distinguished by its global outlook, international student body and international faculty.

Rennes Cathedral (cathédrale Saint-Pierre de Rennes) is a Roman Catholic cathedral, and located in the town of Rennes. It is a monument historique since 1906. It is the seat of the Archbishops of Rennes, previously Bishops of Rennes.

Located at 48.1114, -1.68333 (Lat. / Lng.), about 0 miles away.
Wikipedia Article
Cathedrals in France, Neoclassical architecture in France, Buildings and structures in Rennes, Churches in Brittany

The Jardin botanique de l'Université de Rennes is a botanical garden maintained by the Faculty of Sciences of the University of Rennes 1, Avenue du General Leclerc, Rennes, Ille-et-Vilaine, Brittany, France. The garden consists of greenhouses, herbarium, and a collection of plant models: Greenhouses - located on the university's Beaulieu campus.

École des hautes études en santé publique, (French for "School for Advanced Studies in Public Health"; EHESP), with a campus in both Rennes and Paris is designed to form the next generation of French and international professionals in public health. It is a 'grande ecole. ' EHESP employs 90 full-time professors and has a student population of 1300 (excluding the 5000 training participants).

Rennes railway station is situated in the town centre of Rennes, France. It is situated on the Paris–Brest, Rennes–Saint-Malo and the Rennes–Redon railways. The station at Rennes was opened in 1857, and was situated a significant walking distance from the city centre. However, since that date the town has expanded and now the station lies in the central part of the city.

France 3 Bretagne is one of France 3's regional services,broadcasting to people in Brittany. It was founded on February 2,1964 as RTF Télé-Bretagne. France 3 broadcasts in both French and Breton audio. The service is headquartered in Rennes.

These are some bigger and more relevant cities in the wider vivinity of Rennes.