Nîmes
in Gard of Occitanie, France

Current time in Nîmes is now 09:36 PM (Sunday). The local timezone is named Europe / Paris with an UTC offset of one hour. We know of 10 airports near Nîmes, of which 3 are larger airports. The closest airport in France is Nîmes-Arles-Camargue Airport in a distance of 6 mi (or 10 km), South-East. Besides the airports, there are other travel options available (check left side).

There are several Unesco world heritage sites nearby. The closest heritage site in France is Pont du Gard (Roman Aqueduct) in a distance of 12 mi (or 20 km), North-East. Looking for a place to stay? we compiled a list of available hotels close to the map centre further down the page.

When in this area, you might want to pay a visit to some of the following locations: Arles, Ales, Avignon, Montpellier and Largentiere. To further explore this place, just scroll down and browse the available info. 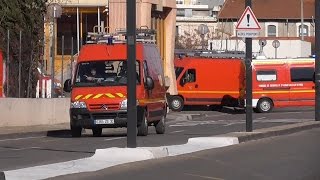 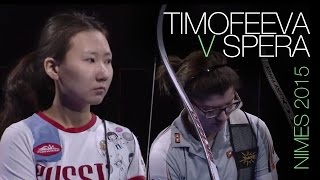 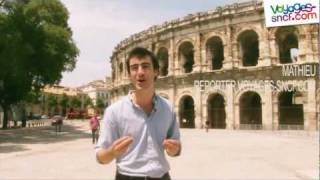 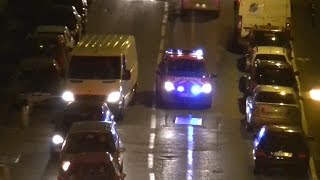 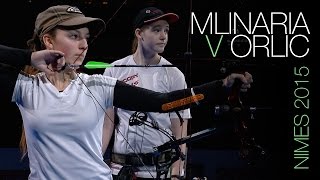 Finalist at the last senior world champs at Belek 2013, Croatian Maja Orlic lost a semifinal shoot-off to Turkey's Yesim Bostan. Her chance at bronze redemption at Nîmes, in this match,... 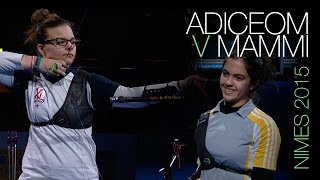 Both Audrey Adiceom and Giulia Mammi lost tiebreakers in their semifinal matches – before taking their bronze final against each other the full five sets and more. Full recurve junior women's... 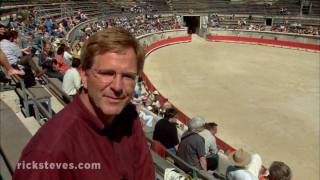 Nîmes' Arena, which is still in use, is considered the best conserved from ancient Rome. It's another example of fine Roman engineering and propaganda. The arena still hosts colorful pageantry... 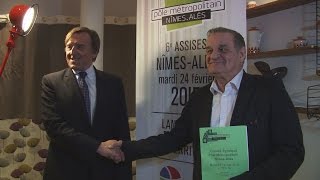 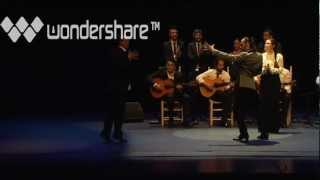 The Maison Carrée is an ancient building in Nîmes, southern France; it is one of the best preserved Roman temples to be found anywhere in the territory of the former Roman Empire.

The Battle of Nîmes took place shortly after the capture and destruction of Avignon in 736. Charles Martel failed to capture the Umayyad city of Narbonne but devastated most of the other principal settlements of Septimania, including Nîmes, Agde, Béziers and Maguelonne, which he viewed as potential strongholds of the Saracens. The city of Nîmes and the Roman amphitheatre (turned into a fortress by the Visigoths) were destroyed under the orders of Charles Martel.

The Arena of Nîmes is a Roman amphitheatre found in the French city of Nîmes. Built around 70 AD, it was remodelled in 1863 to serve as a bullring. The Arenas of Nimes is the site of two annual bullfights during the Feria de Nîmes, and it is also used for other public events. The building encloses an elliptical central space 133 m long by 101 m wide. It is ringed by 34 rows of seats supported by a vaulted construction.

Stade des Costières is a football stadium in Nîmes, France. It is the current home of Nîmes Olympique. The stadium is able to hold 18,482 people and opened in 1989.

The Carré d'art at Nîmes in southern France houses a museum of contemporary art and the city's library. Constructed of glass, concrete and steel, it faces the Maison Carrée, a perfectly preserved Roman temple that dates from the 1st century BC. In 1984, twelve architects, including Frank Gehry, Jean Nouvel and César Pelli were invited to submit proposals for the museum. A design by the British architect Norman Foster was selected, and the building was opened in May 1993.

Nîmes Cathedral (Cathédrale Notre-Dame-et-Saint-Castor de Nîmes) is a Roman Catholic cathedral in Nîmes, dedicated to the Blessed Virgin Mary and to the local saint Castor of Apt. It was the seat of the Bishops of Nîmes until 1877, when the name of the diocese was changed, and is still the seat of their successors the Bishops of Nîmes, Uzès and Alès. The cathedral is believed to stand on the site of the former temple of Augustus. It is partly Romanesque and partly Gothic in style.

Located at 43.8383, 4.36056 (Lat. / Lng.), about 1 miles away.
Wikipedia Article
Cathedrals in France, Basilica churches in France, Churches in Gard, Buildings and structures in Nîmes, Visitor attractions in Nîmes

The Musée des Beaux-Arts de Nîmes is the fine arts museum of Nîmes.

Located at 43.8319, 4.3606 (Lat. / Lng.), about 1 miles away.
Wikipedia Article
Buildings and structures in Nîmes, Art museums and galleries in France, Museums in Gard, Art museums established in 1821, 1821 establishments in France

These are some bigger and more relevant cities in the wider vivinity of Nîmes.