Local time in Dijon is now 07:43 AM (Sunday). The local timezone is named Europe / Paris with an UTC offset of one hour. We know of 11 airports in the vicinity of Dijon, of which 3 are larger airports. The closest airport in France is Dijon-Bourgogne Airport in a distance of 5 mi (or 8 km), South-East. Besides the airports, there are other travel options available (check left side).

There are several Unesco world heritage sites nearby. The closest heritage site in France is Cistercian Abbey of Fontenay in a distance of 37 mi (or 59 km), North-West. Looking for a place to stay? we compiled a list of available hotels close to the map centre further down the page.

When in this area, you might want to pay a visit to some of the following locations: Beaune, Dole, Chalon-sur-Saone, Langres and Louhans. To further explore this place, just scroll down and browse the available info. 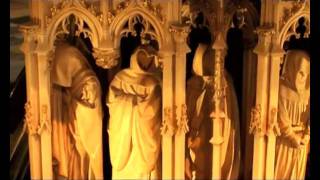 Fun Travel Guide to Dijon, what to see, what to do in Dijon. This Video log will take you traveling around Dijon to show you why you should visit Dijon. (Video log is courtesy of ATOUT FRANCE) 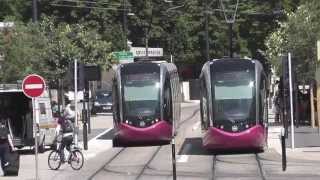 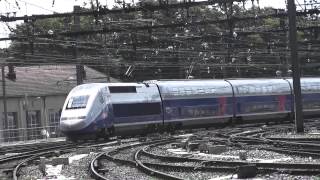 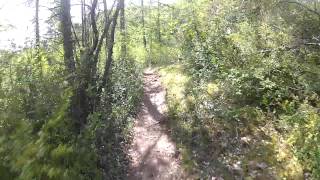 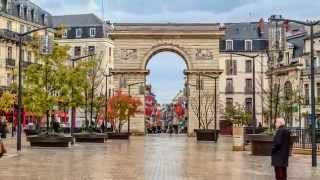 The earliest archaeological finds within the city limits of Dijon date to the Neolithic period. Dijon later became a Roman settlement called Divio, the city's apocryphal patron saint, is said... 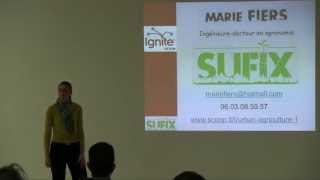 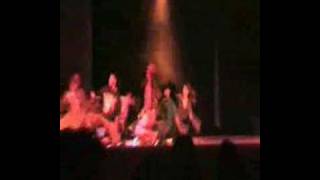 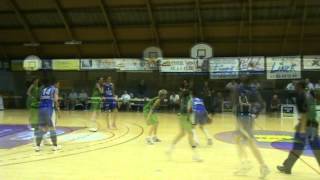 Nationale Feminine 1 : BC CHENOVE - AS VILLEURBANNE 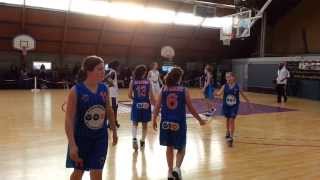 BC Chenôve vs JS Marzy PART 5 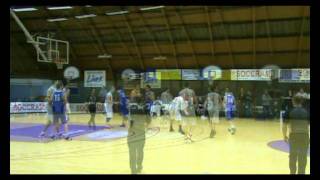 Dijon is a city in eastern France, and is the capital of the Côte-d'Or département and of the Burgundy region. Dijon began as a Roman settlement called Divio, located on the road from Lyon to Paris. The province was home to the Dukes of Burgundy from the early 11th until the late 15th centuries and Dijon was a place of tremendous wealth and power and one of the great European centres of art, learning and science.

Canon Félix Kir (January 22, 1876 - April 26, 1968) was a French Catholic priest, resistance fighter and politician. He was born at Alise-Sainte-Reine on the Côte-d'Or. He entered a small seminary at Plombières-lès-Dijon in 1891 and was ordained 1901. He then worked as a parish priest. During the occupation of France during World War II, he took an active part in the French Resistance, helping with the escape of 5,000 prisoners of war from a camp at Longvic.

The Well of Moses is a monumental sculpture recognised as the masterpiece of the Dutch artist Claus Sluter (1340-1405/6). It was executed by Sluter and his workshop in 1395–1403 for the Carthusian monastery of Chartreuse de Champmol built as a burial site by the Burgundian Duke Philip the Bold just outside the Burgundian capital of Dijon, now in France.

Located at 47.3213, 5.01665 (Lat. / Lng.), about 0 miles away.
Wikipedia Article
Statues of Jesus, Vandalized works of art, Arts in the court of Philip the Good, Buildings and structures in Dijon, History of Dijon, Visitor attractions in Dijon

The Jardin botanique de l'Arquebuse (2 hectares) is a botanical garden and arboretum located at 1 Avenue Albert-Premier, Dijon, Côte-d'Or, Bourgogne, France. It is open daily without charge. The garden is located within a larger park and garden (5 hectares) created on the former 16th-century training grounds for chevaliers of the arquebus.

The Chartreuse de Champmol, formally the Chartreuse de la Sainte-Trinité de Champmol, was a Carthusian monastery on the outskirts of Dijon, which is now in France, but in the 15th century was the capital of the Duchy of Burgundy. The monastery was founded in 1383 by Duke Philip the Bold to provide a dynastic burial place for the Valois Dukes of Burgundy, and operated until it was dissolved in 1791, during the French Revolution.

Located at 47.317, 5.004 (Lat. / Lng.), about 1 miles away.
Wikipedia Article
Carthusian monasteries in France, Arts in the court of Philip the Good, Buildings and structures in Dijon, History of Dijon, Gothic art

Gare de Dijon-Ville is the main railway station serving the city Dijon, Côte-d'Or department, eastern France. It is situated on the Paris–Marseille railway.

Kir Lake (Lac Kir) is an artificial lake located west of Dijon, France. Traversed by the Ouche, it was completed in 1964 and named after Félix Kir (1876-1968), the mayor of Dijon and the lake’s creator.

These are some bigger and more relevant cities in the wider vivinity of Dijon.