Strasbourg
in Bas-Rhin of Grand-Est, France

Current time in Strasbourg is now 06:38 PM (Friday). The local timezone is named Europe / Paris with an UTC offset of 2 hours. We know of 12 airports near Strasbourg, of which 5 are larger airports. The closest airport in France is Strasbourg Airport in a distance of 6 mi (or 10 km), South-West. Besides the airports, there are other travel options available (check left side).

There are several Unesco world heritage sites nearby. The closest heritage site in France is Strasbourg – Grande île in a distance of 1 mi (or 1 km), West. We discovered 2 points of interest in the vicinity of this place. Looking for a place to stay? we compiled a list of available hotels close to the map centre further down the page.

When in this area, you might want to pay a visit to some of the following locations: Willstaett, Meissenheim, Schutterwald, Schwanau and Offenburg. To further explore this place, just scroll down and browse the available info. 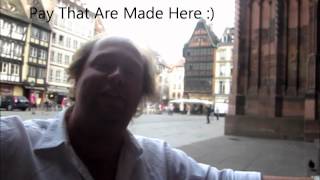 http://www.woltersworld.com Strasbourg, France, the 2nd seat of the European Government (the parliament) is one of the top 10 cities to visit in France. It is a wonderful combination of Germany... 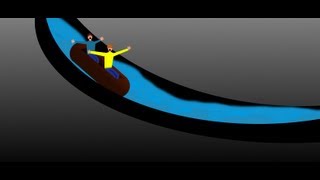 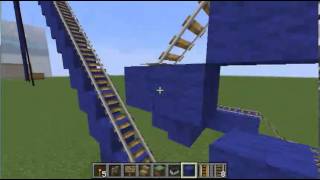 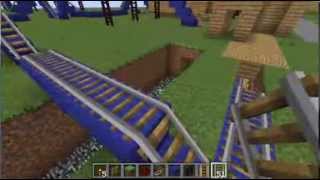 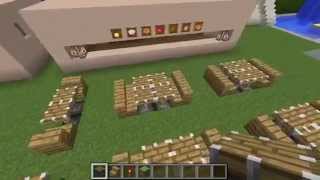 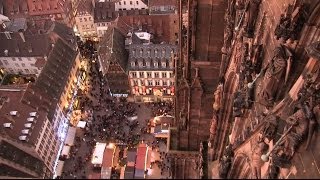 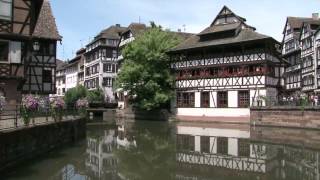 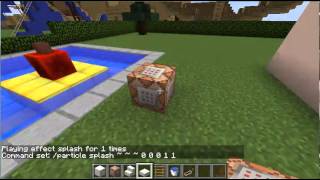 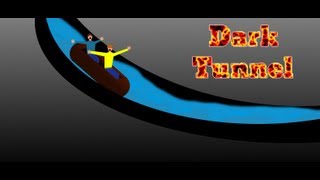 Petite-France is an area in Strasbourg, Alsace, France. It is located on the Grande Île (Main Island), where the river Ill splits up into a number of canals and cascades through a small area of medieval half-timbered houses and baroque sandstone buildings. In the Middle Age, the Petite-France was the tanning-houses and slaughterhouses area. The Grand Île was named a UNESCO World Heritage Site in 1988. The name Petite-France ("Little France") was not given for patriotic or architectural reasons.

Argentoratum or Argentorate was the ancient name of the French city of Strasbourg. The Romans under Nero Claudius Drusus established a military outpost belonging to the Germania Superior Roman province close to a Gaulish village near the banks of the Rhine, at the current location of Strasbourg, and named it Argentoratum.

The Bishopric of Strassburg was an ecclesiastical principality of the Holy Roman Empire from the 13th century until 1803. During the late 17th century, most of its territory was annexed by France; this consisted of the areas on the left bank of the Rhine, around the towns of Saverne, Molsheim, Bevefelden, Dachstein, Dambach, Dossenheim-Kochersberg, Erstein, Kästenbolz, Rhinau, and the Mundat. The annexations were recognized by the Holy Roman Empire in the Treaty of Ryswick of 1697.

Grande Île, the historic centre of Strasbourg, France, is an island in the Ill River. Literally "Grand Island", Grand Île was named a UNESCO World Heritage Site in 1988. At the time, the International Council on Monuments and Sites noted that Grand Île is "an old quarter that exemplifies medieval cities". Aside from the Strasbourg Cathedral—the world's fourth-tallest church and an ornate example of 15th-century Gothic architecture—Grand Île is home to four other centuries-old churches: St.

The Strasbourg astronomical clock is located in the Cathédrale Notre-Dame of Strasbourg, Alsace, France. It is the third clock on that spot and dates from the time of the first French possession of the city (1681–1870). The first clock had been built in the 14th century, the second in the 16th century, when Strasbourg was a Free imperial city of the Holy Roman Empire. The current, third clock dates from 1843.

Located at 48.5819, 7.75139 (Lat. / Lng.), about 0 miles away.
Wikipedia Article
Buildings and structures in Strasbourg, Astronomical clocks, Collections of the Powerhouse Museum, Sydney, Visitor attractions in Strasbourg

The Kammerzell House is one of the most famous buildings of Strasbourg and one of the most ornate and well preserved medieval civil housing buildings in late Gothic architecture in the areas formerly belonging to the Holy Roman Empire.

For other churches with the same or similar name, please see St. Thomas' Church. link =This article may be expanded with text translated from the corresponding article in the French Wikipedia. View a machine-translated version of the French article.

The Place Kléber is the central square of Strasbourg, France. Place Kleber, the largest square at the center of the city of Strasbourg in the heart of the city's commercial area, was named after general Jean-Baptiste Kléber, born in Strasbourg in 1753. In the square is a statue of Kléber, under which is a vault containing his remains. On the north side of the square is the Aubette (Orderly Room), built by Blondel in 1765-1772.

Located at 48.5833, 7.74611 (Lat. / Lng.), about 0 miles away.
Wikipedia Article
Buildings and structures in Strasbourg, Squares in France, Visitor attractions in Strasbourg

The Cabinet des estampes et des dessins (Print Room) is a museum in Strasbourg in the Bas-Rhin department of France. It is dedicated to engravings (estampes) and drawings (dessins), but also woodcuts and lithographies, covering a period of five centuries from the 14th to the 19th. Graphic art since 1870 is displayed in the Musée d'art moderne et contemporain. P. Jean-Baptiste Bradel is one of the many artists whose work is featured.

The Musée historique (Historical museum) de la ville de Strasbourg is a museum in Strasbourg in the Bas-Rhin department of France. It is located in the Renaissance building of the former slaughterhouse (Grande boucherie) and is dedicated to the tumultuous history of the city from the early Middle Ages until the contemporary period.

Aubette is a historical building on Place Kléber in Strasbourg, France. It was built by Jacques-François Blondel in 1765–1772. Between 1926 and 1928 it was redecorated by Sophie Taeuber-Arp, Jean Arp and De Stijl artist Theo van Doesburg. The work of the three artists had been called "the Sistine Chapel of abstract art". 40x40px Wikimedia Commons has media related to: Aubette

These districts belong to Strasbourg.

These are districts that are close by, but belong to a different city than Strasbourg.

These are some bigger and more relevant cities in the wider vivinity of Strasbourg.