Metz
in Moselle of Grand-Est, France

Local time in Metz is now 09:00 PM (Thursday). The local timezone is named Europe / Paris with an UTC offset of one hour. We know of 12 airports in the wider vicinity of Metz, of which 5 are larger airports. The closest airport in France is Metz-Nancy-Lorraine Airport in a distance of 10 mi (or 16 km), South. Besides the airports, there are other travel options available (check left side).

There are several Unesco world heritage sites nearby. The closest heritage site in France is Place Stanislas, Place de la Carrière and Place d'Alliance in Nancy in a distance of 29 mi (or 47 km), South. If you need a place to sleep, we compiled a list of available hotels close to the map centre further down the page.

Depending on your travel schedule, you might want to pay a visit to some of the following locations: Thionville, Briey, Boulay-Moselle, Rumelange and Dudelange. To further explore this place, just scroll down and browse the available info. 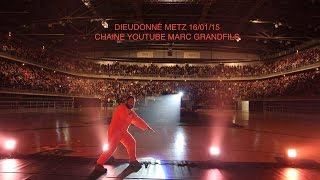 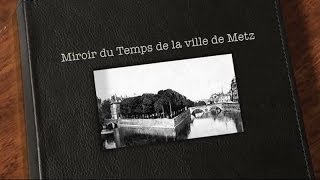 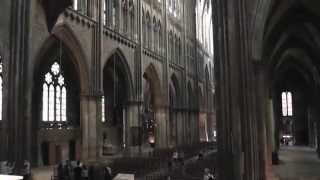 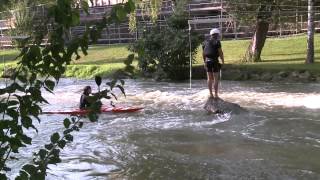 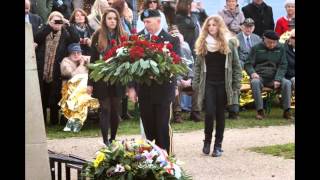 The Siege of Metz lasting from 19 August – 27 October 1870 was fought during the Franco-Prussian War and ended in a decisive Prussian victory.

The Roman Catholic Diocese of Metz is a Diocese of the Latin Rite of the Roman Catholic church in France. In the Middle Ages it was in effect an independent state, part of the Holy Roman Empire, ruled by the bishop who had the ex officio title of count. It was annexed to France by King Henry II in 1552; this was recognized by the Holy Roman Empire in the Peace of Westphalia of 1648. It then was part of the province of the Three Bishoprics.

Paul Verlaine University - Metz (Université Paul Verlaine - Metz, or UPV-M) was a French university, based in Metz. It merged with Nancy-I, Nancy-II, and the INPL forming the University of Lorraine. The merger process started in 2009 with the creation of a "pôles de recherche et d'enseignement supérieur" or PRES and was completed 1st January 2012.

Located at 49.1197, 6.16667 (Lat. / Lng.), about 0 miles away.
Wikipedia Article
Defunct universities and colleges in France, Educational institutions established in 1970, Buildings and structures in Metz, Education in Lorraine

The Opéra-Théatre de Metz Métropole is an 750-seat opera house and theatre located on the Petit-Saulcy island in Metz, capital of the Lorraine region, France. It is the oldest opera house working in France and one of the oldest in Europe. It is also one of the last possessing its own costume ateliers in France.

The Battle of Metz was a three-month battle fought between the United States Army and the German Army during World War II. It took place at the city of Metz following the Allied breakout after the Normandy landings. The attack on the city by the U.S. Third Army faced heavy resistance from the defending German forces, and resulted in heavy casualties for both sides. The heavily fortified city of Metz was captured by U.S.

The Museums of Metz (Musées de Metz), in Metz, France, were founded in 1839. They are also known as the Golden Courtyard Museums, in reference to the palace of Austrasia's kings in Metz, whose buildings they occupy. The collections in this museum(s) are distributed through a 3,500 m² labyrinthal organization of rooms, incorporating the ancient Petites Carmes Abbey, the Chèvremont granary, and the Trinitaires church.

Notre-Dame de l'Assomption is a church situated on the Rue de la Chevre, formerly the Rue de la Cheuve, in the city of Metz in Lorraine, France. Administratively it is part of the Roman Catholic Diocese of Metz.

The Arsenal Concert Hall is a cultural venue dedicated specially to Classical and Erudite musics and located near the Esplanade garden in Metz, capital of the Lorraine region, France. The Arsenal is home to the French National Orchestra of Lorraine and almost 200 events are spread over the season period between September and June. The Arsenal has gained wide recognition as one of the most beautiful concert halls in the world.

Located at 49.1144, 6.17028 (Lat. / Lng.), about 0 miles away.
Wikipedia Article
Buildings and structures in Metz, Concert halls in France, Visitor attractions in Metz

Lycée Fabert is a senior high school in Metz, Moselle, Lorraine, France. The school, in the city centre, was the first lycée in Metz.

The basilica of Saint-Pierre-aux-Nonnains is a pre-medieval church building in Metz, France. It began life as a Roman gymnasium in the 4th century AD, making it one of the oldest churches in Europe.

The Abbey of Saint-Arnould, St. Arnold,Saint-Arnoult or Abbey of the Holy Apostles is a Benedictine abbey residing in Metz since the 6th century.

The Place Saint-Jacques is situated in the centre of Metz in front of the centre Saint-Jacques, a three-storey mall. It is located between rue Fabert and rue Ladoucette, in the heart of the historic and pedestrian centre, near the cathedral.

These are some bigger and more relevant cities in the wider vivinity of Metz.