Toulon in Var (Provence-Alpes-Côte d'Azur Region) with it's 168,701 habitants is a town located in France about 431 mi (or 694 km) south-east of Paris, the country's capital town.

Time in Toulon is now 03:18 PM (Tuesday). The local timezone is named Europe / Paris with an UTC offset of 2 hours. We know of 9 airports closer to Toulon, of which 3 are larger airports. The closest airport in France is Toulon-Hyères Airport in a distance of 11 mi (or 18 km), East. Besides the airports, there are other travel options available (check left side).

There are several Unesco world heritage sites nearby. The closest heritage site in France is Arles, Roman and Romanesque Monuments in a distance of 76 mi (or 122 km), North-West. In need of a room? We compiled a list of available hotels close to the map centre further down the page.

Since you are here already, you might want to pay a visit to some of the following locations: Brignoles, Marseille, Aix-en-Provence, Draguignan and Forcalquier. To further explore this place, just scroll down and browse the available info. 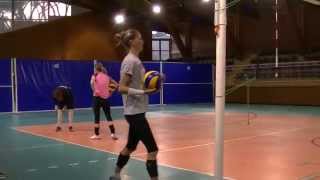 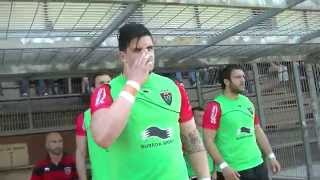 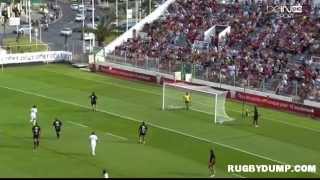 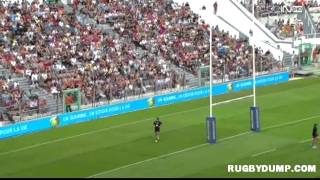 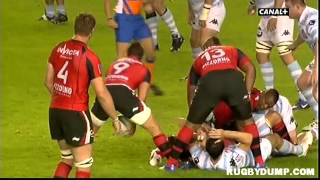 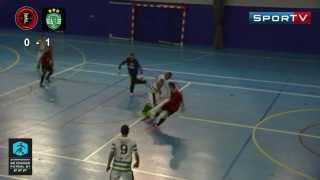 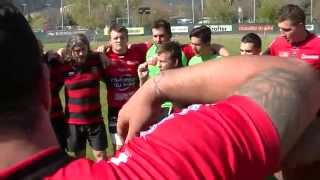 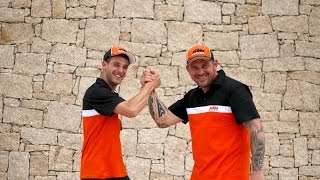 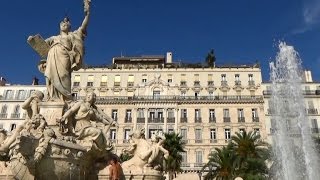 Toulon is a city in southern France and a large military harbour on the Mediterranean coast, with a major French naval base. Located in the Provence-Alpes-Côte-d'Azur region, Toulon is the... 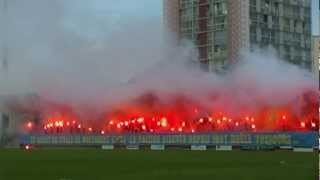 Stade Mayol is a multi-purpose stadium in Toulon, France. It is currently used mostly for rugby union matches and is the home stadium of RC Toulonnais. The stadium is able to hold 14,700 people. It is one of the few French stadiums to be embedded in the city and surrounded by high buildings. It was built at the foot of the Mont Faron, the hill on which Toulon is partly built, and overlooks the Toulon military harbour (La Rade) on the Mediterranean.

Toulon Cathedral (Cathédrale Notre-Dame-de-la-Seds de Toulon or Notre-Dame-de-la-Sède de Toulon; also known as Sainte-Marie-Majeure) is a Roman Catholic cathedral and a national monument of France located in Toulon, in the Var department of France, begun in the 11th century and finished in the 18th century. From the 5th century onwards it was the seat of the Bishops of Toulon, and since 1957 has been the seat of the Bishops of Fréjus-Toulon.

The Tour Royale (also known as La Grosse Tour) is a fort built in the 16th century to protect the entrance of the Petit Rade, the naval port of Toulon. It was the first fortification of the harbor, built 22 years after Provence became a part of France. The fort was commissioned in 1513 by King Louis XII at the request of the bishop of Toulon and of the Senechal of Provence.

Palais des sports de Toulon, also known as Palais des sports Jauréguiberry is an indoor sporting arena located in Toulon, France. The capacity of the arena is 4,200 people. It is currently the home of the Hyères-Toulon Var Basket basketball team. It hosted the preliminary rounds of the 2007 World Women's Handball Championship.

The military port of Toulon (French - arsenal de Toulon) is the principal base of the French Navy, sited in the city of Toulon. It holds most of France's force d'action navale, comprising the aircraft carriers Charles de Gaulle as well as its nuclear attack submarines, in total more than 60% of the tonnage of the French Navy.

Le Mourillon is a small seaside neighborhood to the east of the French city of Toulon, near the entrance to the Rade or roadstead. It was once a fishing village, and then became the home of many of the officers of the French fleet and to part of the naval dockyard. Mourillon has a small fishing port, next to a 16th-century fort, Fort Saint Louis, which was reconstructed by Vauban.

German submarine U-967 was a German Type VIIC/41 U-boat of the Kriegsmarine. Her keel was laid down on 16 May 1942 by Blohm + Voss of Hamburg, Germany. She was commissioned on 11 March 1943 with Oberleutnant zur See Herbert Loeder in command. U-967 commanded by Albrecht Brandi on 5 May 1944 torpedoed USS Fechteler in the Western Mediterranean that was sailing with convoy GUS-38.

Gare de Toulon is a railway station serving the city Toulon, Var department, southeastern France. It is situated on the Marseille–Ventimiglia railway.

These districts belong to Toulon.

These are some bigger and more relevant cities in the wider vivinity of Toulon.