la Jonquera in Girona (Catalonia) is a town located in Spain about 368 mi (or 592 km) north-east of Madrid, the country's capital place.

Time in la Jonquera is now 02:34 AM (Thursday). The local timezone is named Europe / Madrid with an UTC offset of 2 hours. We know of 10 airports nearby la Jonquera, of which 3 are larger airports. The closest is airport we know is Perpignan-Rivesaltes (Llabanère) Airport in France in a distance of 22 mi (or 36 km). The closest airport in Spain is Girona Airport in a distance of 36 mi (or 36 km), North. Besides the airports, there are other travel options available (check left side).

There are several Unesco world heritage sites nearby. The closest heritage site is Historic Fortified City of Carcassonne in France at a distance of 61 mi (or 98 km). The closest in Spain is Works of Antoni Gaudí in a distance of 79 mi (or 98 km), North-West. We collected 3 points of interest near this location. Need some hints on where to stay? We compiled a list of available hotels close to the map centre further down the page.

Being here already, you might want to pay a visit to some of the following locations: Agullana, Cantallops, Capmany, Darnius and Biure. To further explore this place, just scroll down and browse the available info. 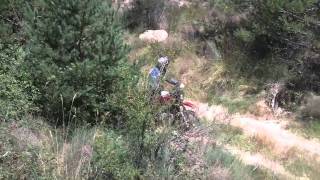 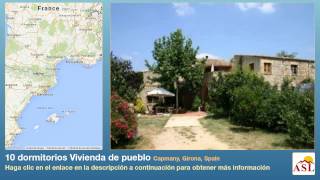 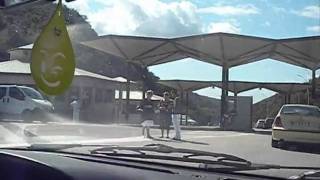 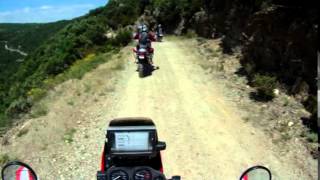 See also my video made at camping Sanguli: http://youtu.be/ttBg1Gfe-EQ English: Camping Les Pedres is situated in a cork oak forest with easy access to both mountains and the beach. This... 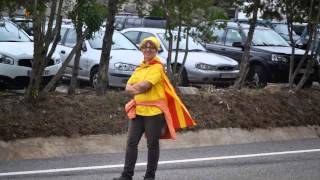 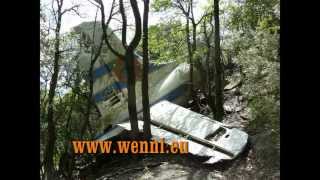 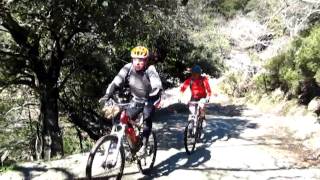 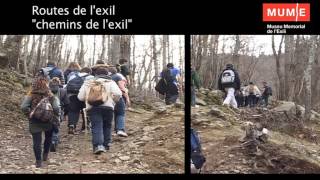 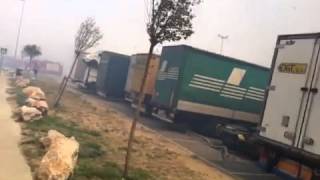 Battle of the Col de Panissars

The Battle of the Col de Panissars was fought on 30 September and 1 October 1285 between the forces of Philip III of France and Peter III of Aragón. It was a severe defeat for the French, who were already retiring over the Pyrenees when the Aragonese fell on them. It was the last battle of the Aragonese Crusade, a papally-sanctioned war on behalf of Charles of Valois to secure the Aragonese throne from the excommunicate king Peter, who had conquered Sicily against papal interests.

The Autovía A-7 (also called Autovia del Mediterráneo) is a Spanish autovía which starts in La Jonquera, near the French frontier and ends in Algeciras. Once it is finished upon completion of the sections west of Almeria and around Motril it will be a free alternate route of Autopista AP-7, and the longest national motorway in Europe.

The Fort de Bellegarde is a 17th century fortification located above the town of Le Perthus, in the Pyrénées-Orientales département of southern France.

The European route E 15 is part of the United Nations international E-road network. It is a north-south "reference road", running from Inverness, Scotland south through England and France to Algeciras, Spain. Along most of its route between Paris and London, the road parallels the LGV Nord (as the French A1 autoroute) and High Speed 1 (as the English M20 motorway). Distances in this article are computed from www. viamichelin. co. uk.

Agullana is a municipality in the comarca of Alt Empordà, Girona, Catalonia, Spain.

These are some bigger and more relevant cities in the wider vivinity of la Jonquera.

This place is known by different names. Here the ones we know:
la Jonquera