Dumfries
in Dumfries and Galloway of Scotland, United Kingdom

Dumfries in Dumfries and Galloway (Scotland) with it's 33,280 habitants is a town located in United Kingdom about 285 mi (or 459 km) north-west of London, the country's capital town.

Time in Dumfries is now 06:18 AM (Saturday). The local timezone is named Europe / London with an UTC offset of one hour. We know of 11 airports closer to Dumfries, of which 5 are larger airports. The closest airport in United Kingdom is Carlisle Airport in a distance of 33 mi (or 53 km), East. Besides the airports, there are other travel options available (check left side).

There are two Unesco world heritage sites nearby. The closest heritage site in United Kingdom is New Lanark in a distance of 68 mi (or 110 km), North-East. Also, if you like the game of golf, there are some options within driving distance. In need of a room? We compiled a list of available hotels close to the map centre further down the page.

Since you are here already, you might want to pay a visit to some of the following locations: Carlisle, Motherwell, Hamilton, Livingston and Falkirk. To further explore this place, just scroll down and browse the available info.

Dumfries, Scotland. A short video of Dumfries. Taken in October 2014. 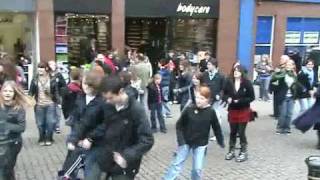 This 3D flythrough highlights the luxury houses for sale in Dumfries at our Story Homes Summerpark Development. This award winning, prestigious development of beautifully designed homes to... 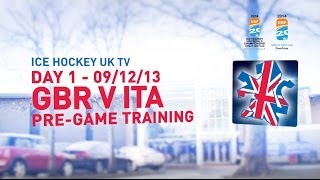 Starting our coverage of the GB U20 team in Dumfries. Chris Ellis catches up with head coach Pete Russell ahead of the teams first game against Italy. 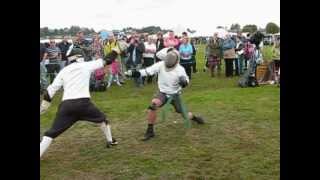 Backsword tournament at the Dumfries Border Gathering and Highland Games, 2009. Hosted by the Macdonald Academy of Arms. Preliminaries fought with singlesticks, semi-finals and finals with... 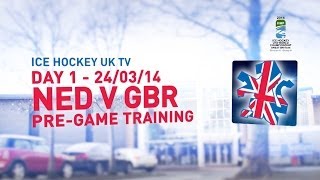 First day of the IIHF Ice Hockey U18 World Championships in Dumfries. Chris Ellis catches up with GB U18s coach Martin Grubb ahead of the competition. 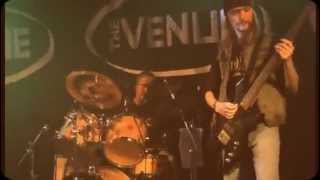 Thanks to Fred Campbell for recording this, also on that night were 'Scarecrow Tribe', 'Razorwolf' and 'Dog Tired'..... 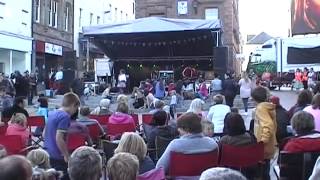 A film about the Olympic celebrations in Dumfries Friday 27th July 2012.A stage was set up in the town centre to listen to local bands, and acts. It was a sunny evening and a good number of... 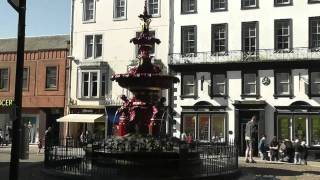 Section of the High Street below the mid-steeple. 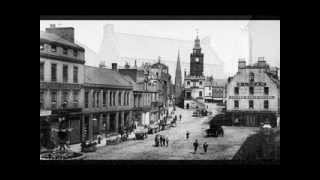 Tour Scotland wee video of photographs of Dumfries. Of interest to folks with ancestry, genealogy or Scottish Family Roots in Scotland who may wish to visit one day. A market town and former...

Dumfries and Galloway is a county constituency of in the House of Commons of the Parliament of the United Kingdom. It was first used in the 2005 general election, and replaced Galloway and Upper Nithsdale and part of Dumfries, and it elects one Member of Parliament (MP) by the first past the post system of election.

Located at 55.069, -3.608 (Lat. / Lng.), about 0 miles away.
Wikipedia Article
History of Galloway, Pre-Reformation dioceses of Scotland, Christianity in Dumfries and Galloway, 12th-century establishments in Scotland, 1689 disestablishments

Dumfries Prison services the courts of Dumfries and Galloway, Scotland. The establishment serves as a local community prison that holds adult and under 21 males who are remanded in custody for trial and those convicted but remanded for reports.

The A701 is a major road in Scotland that runs from Dumfries to Edinburgh.

Located at 55.0714, -3.6109 (Lat. / Lng.), about 0 miles away.
Wikipedia Article
Roads in Scotland, Transport in Edinburgh, Transport in Dumfries and Galloway, Transport in South Lanarkshire

Dumfries Academy is one of four secondary schools in the town of Dumfries in south west Scotland.

Alive radio is a community radio station for Dumfries, South West Scotland, broadcasting around the world on www. aliveradio. net, within Dumfries on 107.3FM. The station is also relayed to patients of Dumfries & Galloway Infirmary through the Hospedia system. Alive Radio is the broadcasting arm of Alive Christian Media. The station's on-air output is branded as "Alive 107.3" and is not to be confused with the internet radio station "Alive Radio", currently broadcasting on www. aliveradio. co.

West Sound FM is a local radio station for Dumfries and Galloway, owned & operated by Bauer Radio and forming part of Bauer's Place Network of stations. West Sound FM broadcasts from studios at the Loreburne Shopping Centre in Dumfries on 97FM in Dumfries, 103FM in Kirkcudbright and the Machars and 96.5FM in Stranraer and online. Formerly known as South West Sound FM, the station also simulcasts evening and overnight programming from Clyde 1 in Glasgow.

Nunholm Cricket Ground is a cricket ground in Dumfries, Scotland. The first recorded match held on the ground came in 1979 when Scotland B played a combined Central Lancashire League team. The ground held its first and to date only first-class match when Scotland played Ireland in 1988, which Scotland won by an innings and 43 runs. The ground is used by Dumfries Cricket Club.

'Moat Brae' is a Georgian townhouse designed by Walter Newall in Dumfries, Scotland. It was built in 1823 in the Greek revival style. J. M. Barrie, creator of Peter Pan, played in the house and garden as a child. In 1961 the building was granted Category B listed building status, as a classic example of Newall's work.

These are some bigger and more relevant cities in the wider vivinity of Dumfries.