Alloa in Clackmannanshire (Scotland) with it's 20,390 inhabitants is a city in United Kingdom about 352 mi (or 566 km) north-west of London, the country's capital.

Local time in Alloa is now 05:46 AM (Saturday). The local timezone is named Europe / London with an UTC offset of one hour. We know of 11 airports in the vicinity of Alloa, of which 5 are larger airports. The closest airport in United Kingdom is Edinburgh Airport in a distance of 20 mi (or 32 km), South-East. Besides the airports, there are other travel options available (check left side).

There are two Unesco world heritage sites nearby. The closest heritage site in United Kingdom is Old and New Towns of Edinburgh in a distance of 41 mi (or 65 km), East. Also, if you like golfing, there are multiple options in driving distance. If you need a place to sleep, we compiled a list of available hotels close to the map centre further down the page.

Depending on your travel schedule, you might want to pay a visit to some of the following locations: Falkirk, Stirling, Livingston, Motherwell and Kirkintilloch. To further explore this place, just scroll down and browse the available info. 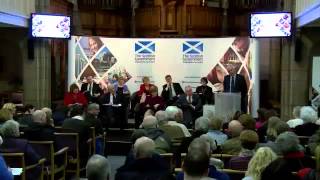 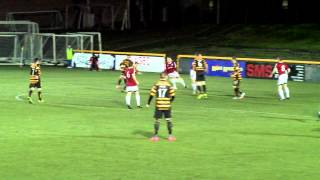 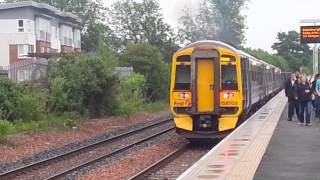 Featuring 158702/703 arriving at Alloa station followed by 66151 passing through a couple of minutes later with a loaded coal train fron Earlseat. 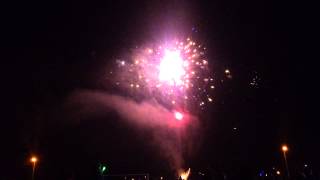 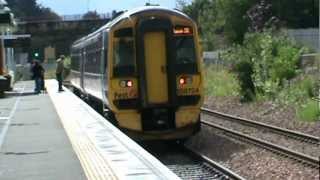 The 16:36 to Glasgow Queen Street , 158724 , awaits it's departure from this new one-platformed Clackmannanshire station , then the driver shows some common sense or great customer care by... 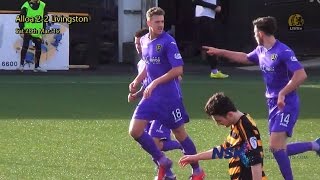 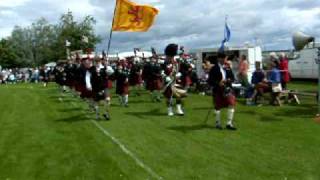 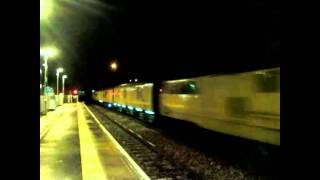 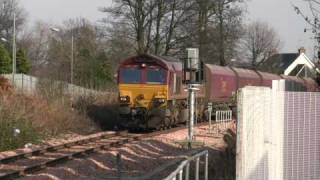 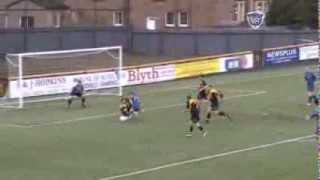 Highlights from the SFL Division 2 game between Alloa Athletic and Peterhead during season 2008 / 2009. Goals from Konrad Kozminski and Callum Macdonald give Peterhead a 2-1 at The Recs. ...

The Upper Hirst is a coal seam in central Scotland that was mined in the 1950s through to 2002, mainly to supply Kincardine Power Station, and later, Longannet Power Station, in Fife. This was a low-quality coal, unsuitable for most other purposes, and had mostly been disregarded previously. Its low sulfur content made it very suitable for power station use.

Alloa Tower in Alloa in central Scotland is the surviving part of the medieval residence of the Clan Erskine family, the Earls of Mar. An architect which was involved in the Alloa Tower was John Melvin. Dating from the 14th century, and retaining its original timber roof and battlements, the Tower is one of the earliest, and largest, of Scottish tower houses, with immensely thick walls.

Gean House, or The Gean, is an early 20th century Arts and Crafts style mansion, located on Tullibody Road, Alloa, Scotland. It is often used as a venue for events.

Cowden Park House is a house in Alloa, Clackmannanshire, Scotland. On 17 June 1977 it was listed as a Category C(s) historic building . It was built in the 1850s for Alexander Forrester-Paton, a member of the family which owned the Paton & Baldwins Wool company. The Paton family which owned large areas of land in Clackmannanshire. The architect was John Melvin, Sr. , (1805-7 March 1884).

Inch or Alloa Inch is an island in the tidal reaches of the River Forth near Alloa, just before the river opens out into the Firth of Forth. There is a derelict farmhouse on the island, as the land was farmed in the past. Due to subsidence caused by nearby coal mining, flood defences were breached. The land now consists of reed beds and salt marshes. The Scottish Wildlife Trust has managed the island as a reserve since 1996. The smaller islet of Tullibody Inch lies just upstream.

Alloa Academy is a six-year state-funded comprehensive school, serving the town of Alloa in Clackmannanshire, Scotland. Its roll is over 800 pupils. It has four primary schools associated with it: Claremont, Sunnyside, Park and St John's. It also welcomes pupils from St Mungo's Primary. The school currently has 74 teaching staff. The pupil intake varies from a very middle class area to an area of severe deprivation. The school moved location after Christmas 2008.

Tullibody Inch is an islet in the estuarine waters of the River Forth. It takes its name from the nearby town of Tullibody, "inch" being from the Scottish Gaelic innis meaning "island" or "meadow". The island used to be farmland but has become flooded due to mining subsidence. It is now part of the Firth of Forth SSSI, which also includes nearby Alloa Inch and the John Muir Country Park. The Scottish Wildlife Trust owns and manages the island as a nature reserve.

The church is named after St. Mungo (also known as St. Kentigern), patron saint and founder of the city of Glasgow. It belongs to the Church of Scotland Presbytery of Stirling and serves the parish of Alloa. A chapel dedicated to St. Mungo is thought to have been erected during the fourteenth or fifteenth-century, which became dependent upon the Parish of Tullibody. Alloa had grown into a parish in its own right by 1600 when the Act of Assembly united the two parishes.

These are some bigger and more relevant cities in the wider vivinity of Alloa.