Kirkintilloch in East Dunbartonshire (Scotland) with it's 19,630 inhabitants is a city in United Kingdom about 347 mi (or 559 km) north-west of London, the country's capital.

Local time in Kirkintilloch is now 06:22 AM (Saturday). The local timezone is named Europe / London with an UTC offset of one hour. We know of 11 airports in the vicinity of Kirkintilloch, of which 5 are larger airports. The closest airport in United Kingdom is Glasgow International Airport in a distance of 12 mi (or 19 km), South-West. Besides the airports, there are other travel options available (check left side).

There is one Unesco world heritage site nearby. It's Old and New Towns of Edinburgh in a distance of 53 mi (or 85 km), East. Also, if you like golfing, there are multiple options in driving distance. If you need a place to sleep, we compiled a list of available hotels close to the map centre further down the page.

Depending on your travel schedule, you might want to pay a visit to some of the following locations: Glasgow, Giffnock, Hamilton, Motherwell and Stirling. To further explore this place, just scroll down and browse the available info. 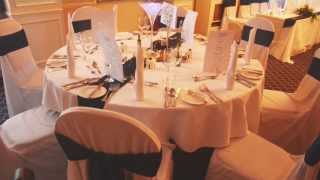 A short video showing the Macintosh Suite at the Glazert Country House Hotel set up for a wedding breakfast for 70 guests. We have a range of suites to suite. This includes the Hamilton Suite... 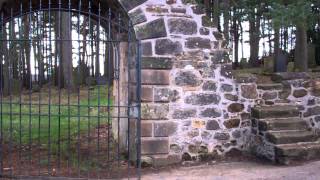 Tour Scotland video of the watchtower in the Auld Aisle cemetery on visit to Kirkintilloch, East Dunbartonshire. The cemetery formed the grounds of St Ninian's Church, a pre-Reformation parish... 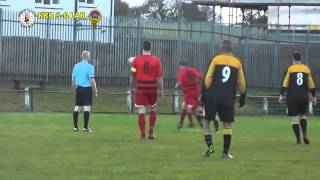 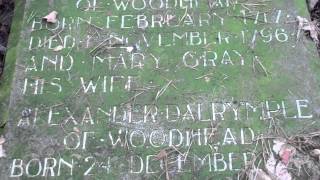 Tour Scotland video of the Alexander Dalrymple gravestone in the Auld Aisle cemetery on visit to Kirkintilloch, East Dunbartonshire. 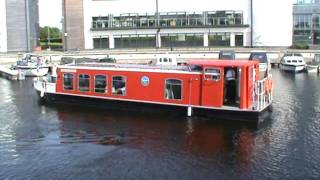 The Seagull Trust is a wonderful charitable organisation that takes disabled , the elderly and the infirm on canal cruises , on the Forth & Clyde Canal in Scotland. Here we see one of these... 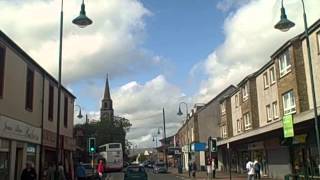 Old tour Scotland video of Kirkintilloch Town Centre Scotland. A a burgh in Scotland, approximately eight miles north east of central Glasgow. The town is the administrative centre of East... 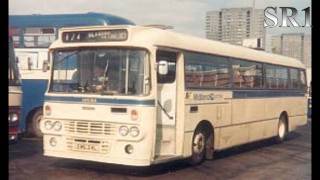 Listen to Midland Leopard, MPE154 (EWG24L), at Kirkintilloch Cross on the (182) route to Auchinloch in July 1976. Sound Recording and Photograph were provided by: ...

Every care has been taken to ensure the exclusive Earl's View development at Woodilee Village is perfectly placed to offer the finest in semi-rural living. Situated in the former grounds... 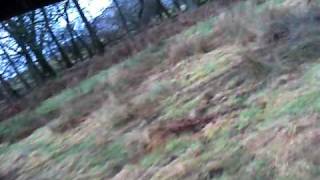 Travelling through alis fields. Ali on the yz 85. 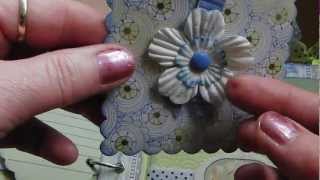 This is my first chipboard Mini Album and I used First Edition paper block Up Up and Away. I loved these papers as soon as I saw them. You can view my other creations at http://bearykrafti.blogspot...

Strathkelvin (Srath Chealbhainn in Gaelic) is the strath of the River Kelvin in west central Scotland, close to the city of Glasgow. The name Strathkelvin was formerly (1975-96) used for one of nineteen local government districts in the Strathclyde region of Scotland.

Adamslie Park is a football ground in Kirkintilloch in the Central Lowlands of Scotland, which is the home ground of Scottish Junior Football Association club Kirkintilloch Rob Roy F.C.. It is located on Glasgow Road in the north-west of the town and has a capacity of 5,500 all standing. Whilst the facility is primarily used for football matches, it has often been the host of Highland Games in the past.

Luggie Water, a rivulet of Lanarkshire and the detached district of Dumbartonshire, flowing 10 7/8 miles westward and west-north-westward along the boundaries or through the interior of Cumbernauld, New Monkland, Cadder, and Kirkintilloch parishes, till it falls into Kelvin Water at Kirkintilloch town. Except for a brief distance in Kirkintilloch parish, where it possesses some features of beauty, it is a dull, sluggish, ditch-like stream.

Machrie Mhor is a villa on Victoria Road in Lenzie, East Dunbartonshire, Scotland. Built around 1920, the villa was once home to the Scottish tenor Kenneth McKellar (1927–2010). The villa is built in the "Queen Anne Revival-style. " The exterior is harled, with ashlar quoins and dressings. The double-fronted south facade has a Doric portico. Post 1997, the house has been extended to a total floor area of over 5,000 square feet . It has been a category C listed building since 17 August 1977.

St Cyprian's Church is an episcopal church in Beech road, Lenzie, East Dunbartonshire, Scotland. It was built in 1873 by Alexander Ross of Inverness and cost around £2600. The Church has been a category B listed building since 1984. In October 2010 the church held a pet blessing service which was the first of its kind in East Dunbartonshire, the pet service has since become an annual event.

Lenzie Moss is a Local Nature Reserve in Lenzie, East Dunbartonshire, Scotland. It is a boggy, marshy area that has not been built on. The reserve comprises lowland raised bogs, which were extensively exploited for peat, and now feature the characteristics of peat cutting, and several acres of deciduous woodland mainly made up of silver birch. The area is a sanctuary for wildlife, including rabbits, deer and foxes.

These are some bigger and more relevant cities in the wider vivinity of Kirkintilloch.

The Psychedelic Furs Plus Special Guests Pauline Murray And The Invisible Girls
Starting at: 01:00 am (01:00).
More Information: eventful.com.