Aldford in Cheshire (England) with it's 272 habitants is located in United Kingdom about 161 mi (or 259 km) north-west of London, the country's capital town.

Current time in Aldford is now 07:13 PM (Monday). The local timezone is named Europe / London with an UTC offset of zero hours. We know of 8 airports close to Aldford, of which 4 are larger airports. The closest airport in United Kingdom is Hawarden Airport in a distance of 6 mi (or 9 km), North-West. Besides the airports, there are other travel options available (check left side).

There are several Unesco world heritage sites nearby. The closest heritage site in United Kingdom is Pontcysyllte Aqueduct and Canal in a distance of 11 mi (or 18 km), South. Also, if you like playing golf, there are some options within driving distance. If you need a hotel, we compiled a list of available hotels close to the map centre further down the page.

While being here, you might want to pay a visit to some of the following locations: Eccleston, Farndon, Holt, Chester and Coddington. To further explore this place, just scroll down and browse the available info. 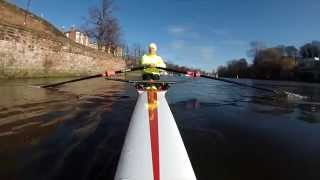 Sculling over Chester weir in a fine Wintech skiff.

The vast majority of rowers steer well clear of weirs with good reason. But if you understand the risks you can row over them. Canoeists do it all the time. Here Stephen Walker, founder of... 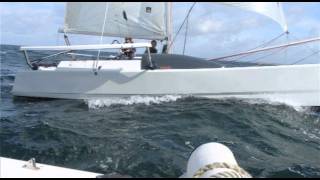 Steve Walker describes the Julie's progress sailing, from cautious beginnings in a Magnum 21 trimaran to being quite comfortable sailing at almost 18 knots in an Astus 20.2S trimaran. 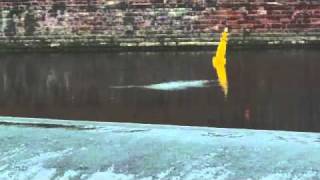 More Leaping Salmon, on the River Dee Chester, by The Groves. 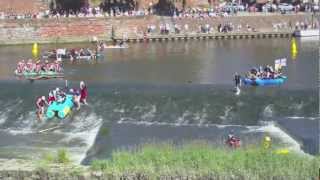 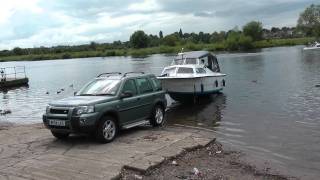 This was our first trip out on the River Dee at Chester. So on a sunny Sunday morning we polished up the boat and went for a day out on the river. We gave the ducks some bread, every body liked... 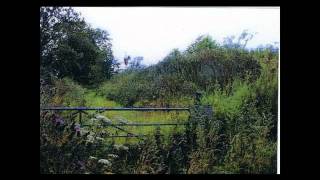 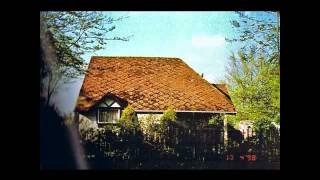 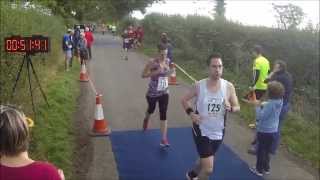 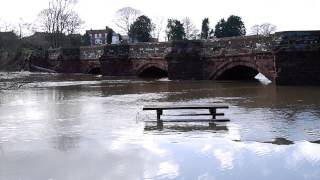 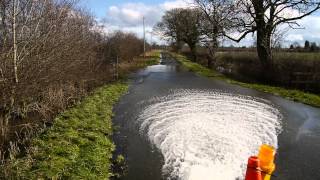 Pumping out the Flood Water

Natural Resources Wales pump taking water out of a Storm Drain and depositing it onto a flood plain at Trevalyn.

Eaton Hall is the country house of the Duke of Westminster. It is set within a large estate 1 mile south of the village of Eccleston, in Cheshire, England. The house is surrounded by formal gardens, parkland, farmland and woodland. The estate covers an area of about 10,872 acres . The first substantial house was built in the 17th century. In the early 19th century it was replaced by a much larger house designed by William Porden.

Buerton is a civil parish in the unitary authority of Cheshire West and Chester and the ceremonial county of Cheshire, England. According to the 2001 census it had a population of 22.

Eaton Chapel is a private chapel to the north of Eaton Hall in Eaton Park, near the village of Eccleston, Cheshire, England. It is designated by English Heritage as a Grade I listed building.

St John the Baptist's Church, Aldford is located in the village of Aldford, Cheshire, England. The church is designated by English Heritage as a Grade II listed building. It is an active Anglican parish church in the diocese of Chester, the archdeaconry of Chester and the deanery of Malpas. Its benefice is combined with those of St Peter, Waverton and St Mary, Bruera. It is described by the authors of the Buildings of England series as "expensive" and "stiffly conventional".

Aldford Iron Bridge is a bridge crossing the River Dee north of the village of Aldford, Cheshire, England, linking the village with Eaton Hall, forming part of the Buerton Approach to the hall. It is a Grade I listed building. The bridge was designed by Thomas Telford and built by William Hazledine for the 1st Marquis of Westminster and was completed in 1824. It is built in cast iron and has yellow sandstone abutments forming a single arch measuring 50 metres.

The Golden Gates at Eaton Hall, Cheshire, England, stand at the eastern end of Belgrave Avenue. The gates with their overthrow, the screens at their sides and the associated wing lodges have been designated by English Heritage as a Grade I listed building. The gates stand in front of what was formerly the principal entrance to the forecourt of the hall. The central pair of gates and the adjacent screen railings date from the early 18th century and are by Robert and John Davies of Croes Foel.

not to be confused with Chirton Hall, Northumberland Churton Hall is a country house in the parish of Churton by Farndon, Cheshire, England. The date of building is uncertain. There is a loose board carrying the date 1569 that, according to the authors of the Buildings of England series, may or may not date the house. It is a half-timbered house built for the Barnston family, and was "heavily restored" in 1978–80. Much of the timber framing has been replaced by brick at the rear of the house.

Bruera is a village in Cheshire, England.

These are some bigger and more relevant cities in the wider vivinity of Aldford.

I DO LIKE MONDAYS! Free Networking Event In Chester
Starting at: 07:00 pm (19:00).
More Information: eventful.com.

The Paint Republic
Starting at: no exact start time given.
More Information: eventful.com.

Inside Out- An Alternative View- Unlock Your Commercial Potential - Chester
Starting at: 08:30 am (08:30).
More Information: eventful.com.

ME And Deboe
Starting at: no exact start time given.
More Information: eventful.com.

2040
Starting at: no exact start time given.
More Information: eventful.com.

1917
Starting at: no exact start time given.
More Information: eventful.com.

This place is known by different names. Here the ones we know:
Aldford