Oakmere in Cheshire (England) is located in United Kingdom about 159 mi (or 256 km) north-west of London, the country's capital.

Local time in Oakmere is now 01:08 PM (Wednesday). The local timezone is named Europe / London with an UTC offset of zero hours. We know of 8 airports in the wider vicinity of Oakmere, of which 4 are larger airports. The closest airport in United Kingdom is Liverpool John Lennon Airport in a distance of 12 mi (or 19 km), North-West. Besides the airports, there are other travel options available (check left side).

There are several Unesco world heritage sites nearby. The closest heritage site in United Kingdom is Pontcysyllte Aqueduct and Canal in a distance of 21 mi (or 33 km), South-West. Also, if you like golfing, there are multiple options in driving distance. If you need a place to sleep, we compiled a list of available hotels close to the map centre further down the page.

Depending on your travel schedule, you might want to pay a visit to some of the following locations: Cuddington, Kingsley, Tiverton, Hartford and Mouldsworth. To further explore this place, just scroll down and browse the available info. 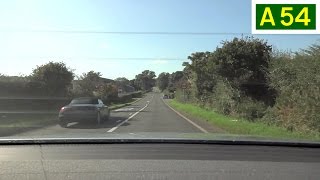 The A54 runs from the A51 at Tarvin to the east of Chester, to the A53 near Buxton, a distance of 42.0 miles (67.6km). It runs through the towns of Winsford, Middlewich, Holmes Chapel and Congleton... 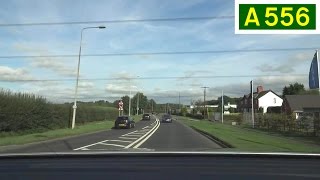 The A556 is a major road running through the middle of Cheshire from the A54 near Kelsall to the A56 and M56 south of Altrincham. Historically the main route between Chester and Manchester,... 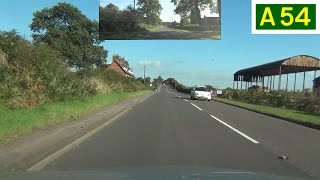 A54 - Kelsall to Winsford (Part 1) - Front View with Rearview Mirror 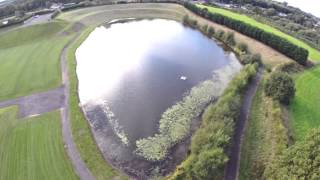 An aerial view of the work in progress by Delamere Events to turn an old quarry into a fantastic new wedding venue in Cheshire. Find more Aerial footage on my website - http://www.jamesfarley.co.u... 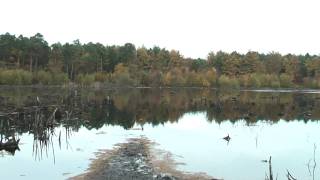 Delamere forest is very picturesque on an Autumn day with beautiful colours of the trees and lakes. We were testing our new Panasonic HDC-SD200 camcorder, very easy to use with great colour...

Thanks to Neil from delameremtbtours.co.uk for a 15 miles of single track. The Bike Factory Chester. 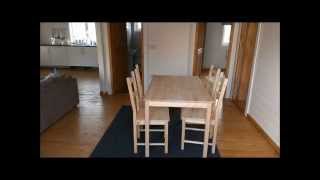 Beaver log cabins started this big project in a time period of 8 weeks, where three two bedroom residential log cabins were designed and built in Bude, Cornwall UK. These three cabins are used... 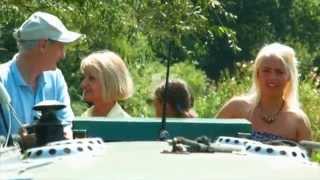 http://www.claymoore.co.uk Tel: 01928 717273 Based in the heart of beautiful Cheshire, we can offer a large variety of routes to try from open countryside to bright city lights and with great... 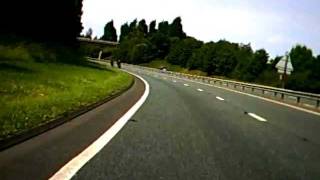 Saturday 30th July 2011. A few Club members met up at our regular Pubmeet venue at 07.50hrs in lovely warm sunshine and then had an early morning rideout to the Station Café in Delamere Forest...

Norley is a village and civil parish in the unitary authority of Cheshire West and Chester and the ceremonial county of Cheshire, England. It lies to the north of Delamere Forest, near the village of Cuddington. Its name is derived from Norlegh, which means "north clearing".

Delamere railway station opened on 22 June 1870. It serves both the village of Delamere and Delamere Forest in Cheshire, England. The station is 9½ miles (15 km) east of Chester on the Mid-Cheshire Line. The station is unmanned; one must board the train and present a valid ticket or pay the fare. Railcard fares are accepted. The station marks one end of the Baker Way footpath. The station was used as a location in an episode of the popular UK TV series 'Survivors'.

Delamere is a village and civil parish in Cheshire. It is situated approximately 7 miles to the west of Northwich, within the unitary authority of Cheshire West and Chester. The name of the village comes from the French de la mere "of the lake". The civil parish is well known for the Delamere Forest, an expanse of oak, pine and sycamore trees which forms the largest woodland in Cheshire. It includes the hills of Old Pale and Eddisbury Hill, part of the Mid Cheshire Ridge.

Oakmere is a village and civil parish in the unitary authority of Cheshire West and Chester and the ceremonial county of Cheshire, England. Oakmere is situated on the A556 road, approximately 7 miles west of Frodsham. It has three pubs, The Abbey Arms (named after the nearby Vale Royal Abbey), the Fishpool Inn (named after a now dried up fish pond used by the monks from Vale Royal abbey) and The Fourways, a former country club. There is also a car-sales business and a caravan sales company.

St Peter's Church, Delamere is in an isolated position to the south of the village of Delamere, Cheshire, England. The church is designated by English Heritage as a Grade II listed building. It is an active Anglican parish church in the diocese of Chester, the archdeaconry of Chester and the deanery of Middlewich.

Forests of Mara and Mondrem

The Forests of Mara and Mondrem were adjacent medieval forests in Cheshire, England, which in the 11th century extended to over 60 square miles, stretching from the Mersey in the north almost to Nantwich in the south, and from the Gowy in the west to the Weaver in the east. Mara and Mondrem were a hunting forest of the Norman Earls of Chester, established soon after 1071 by the first earl, Hugh d'Avranches. They might earlier have been an Anglo-Saxon hunting forest.

Located at 53.205, -2.667 (Lat. / Lng.), about 2 miles away.
Wikipedia Article
Forests and woodlands of Cheshire, History of Cheshire, English royal forests

Abbotts Moss is a 12-hectare nature reserve near Delamere Forest, northwest of Winsford, Cheshire. It is managed by the Cheshire Wildlife Trust under lease from the Forestry Commission and lies within a larger Site of Special Scientific Interest (SSSI). The reserve is south of the A556 road near Sandiway and is divided in two by the Whitegate Way, a former railway line now used as a footpath and bridleway.

Ruloe House is a country house located 1.75 miles to the east of Norley, Cheshire, England. It was built in about 1873 for the Wilbraham estate, and designed by the Chester architect John Douglas. It is constructed in red brick and has red tiled roofs. The house is decorated with strip pilasters. It is in two storeys, with a four-bay south front. On its garden side is a circular turret with a conical roof. The house is designated by English Heritage as a Grade II listed building.

These are some bigger and more relevant cities in the wider vivinity of Oakmere.