Burlington in Chittenden County (Vermont) with it's 42,452 citizens is a city in United States about 433 mi (or 697 km) north-east of Washington DC, the country's capital city.

Local time in Burlington is now 11:39 AM (Friday). The local timezone is named America / New York with an UTC offset of -5 hours. We know of 12 airports in the vicinity of Burlington, of which 5 are larger airports. The closest airport in United States is Burlington International Airport in a distance of 3 mi (or 5 km), East. Besides the airports, there are other travel options available (check left side).

There is one Unesco world heritage site nearby. The closest heritage site is Rideau Canal in Canada at a distance of 62 mi (or 99 km). Also, if you like golfing, there are a few options in driving distance. We discovered 5 points of interest in the vicinity of this place. Looking for a place to stay? we compiled a list of available hotels close to the map centre further down the page.

When in this area, you might want to pay a visit to some of the following locations: Plattsburgh, Saint Albans, North Hero, Elizabethtown and Middlebury (village). To further explore this place, just scroll down and browse the available info. 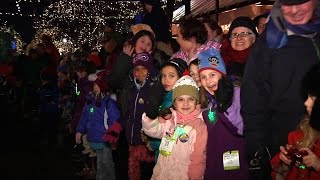 12/31/12: First Night Burlington celebrates its 30th year with 95 groups, hundreds of performers, 15 venues and 11000 attendees. Eva rings in the New Year with some resolutions. http://www.firstn... 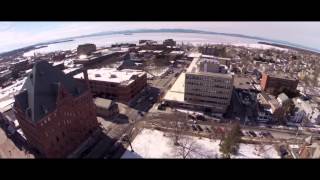 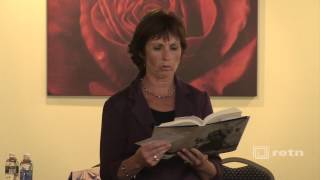 Writing Memoirs from the heart and telling stories that should not be forgotten, Pulitzer Prize-winning journalist Barbara Walsh talks about how she reported her biography memoir August Gale:... 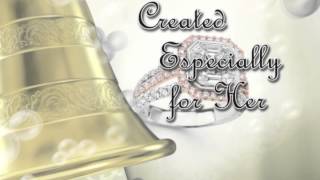 Fremeau Jewelers has an exciting collection of diamonds and engagement rings for you to view. Drop by 78 Church Street, Burlington VT 05401, 802-658-0333. http://www.fremeaujewelers.com. 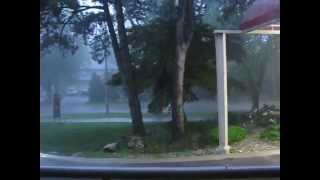 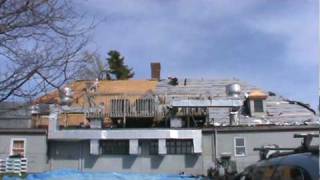 http://www.chittendenbuilders.com/roofing_companies_vermont.html Call 1-800-ROOF-123 Today! Chittenden Builders - Roofing Contractors Burlington VT If you are interested in working with an... 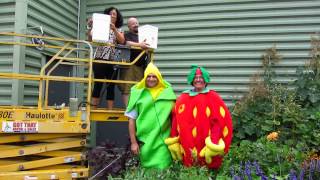 City Market was challenged by Chittenden Solid Waste District to the ALS Ice Bucket Challenge. We accepted their challenge (and their bonus challenge of reusing the water) and challenged our...

Enjoying the first days of fall with the DJI in Burlington VT. 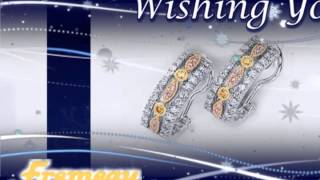 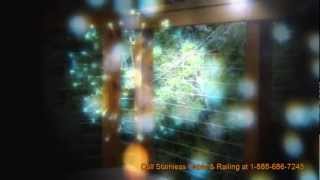 Champlain College is a private, coeducational college located in Burlington, Vermont. It offers professionally focused programs that incorporate an interdisciplinary core curriculum. In addition to its main campus, the College maintains study-abroad campuses in Montreal and Dublin, and offers online programs. Seventy-three percent of students are from out of state.

The Roman Catholic Diocese of Burlington is a diocese of the Roman Catholic Church in the New England region of the United States, comprising the entire state of Vermont. It is led by a prelate bishop, currently Salvatore Matano, who serves as pastor of the motherchurch, Cathedral of the Immaculate Conception in the City of Burlington. During the Easter Vigil of April 14, 2001 Saint Joseph Church was rededicated as the Co-Cathedral of Saint Joseph.

The Vermont City Marathon is an annual marathon in the city of Burlington, Vermont, in the United States. Held since May 28, 1989 on Memorial Day weekend, the race attracts people from the New England area. The race is produced by RunVermont, a not-for-profit organization committed to promoting running in Vermont.

Burlington Memorial Auditorium is a 2,500-seat multi-purpose arena, in Burlington, Vermont. It was built in 1927 and is operated by the Burlington Department of Parks and Recreation. As a convention center, it offers 20,000 square feet of space. The main space contains a 27-by-80-foot proscenium stage. The building also has two smaller event spaces. It is also used for concerts, conventions, trade shows, graduations, and other special events.

Union Station at 1 Main Street, Burlington, Vermont was built in 1915 of buff brick in the Beaux Arts style and is located at the western end of Main Street. Between December 2000 and February 2003 the station was a terminus of the commuter rail route Champlain Flyer. The station no longer has commuter rail passenger service, however it does provide tourist rail service for the Champlain Valley Flyer branch of the Green Mountain Scenic Railroad. The nearest Amtrak station is Essex Junction.

The Firehouse Gallery, or the Firehouse Center for the Visual Arts is an art gallery in Burlington, VT. The building was originally built as the Ethan Allen Firehouse on Church Street, Burlington, Vermont in 1889. The building is now owned by the non-profit BCA (Burlington City Arts), which uses the building for its exhibits, lectures, and educational programs. The gallery has been opened since 1995.

Pine Street Art Works is a privately owned art gallery and store, in Burlington, Vermont, showing 20th and 21st century painting and photography, as well 20th century posters, chromolithographs and assorted works on paper. The 2,500-square-foot gallery is located in a former factory, which was built during the mid 20th century, to dress fibers and bristles for brooms and brushes. The creation of the gallery involved renovation of the interior, leaving the exterior as it was.

WOMM-LP (105.9 FM) is a federally licensed, low-power, non-commercial community radio station based in Burlington, Vermont. WOMM features a variety of formatted shows driven by the on-air personalities who staff the station. It uses the slogan "The Radiator, Burlington's community radio station broadcasting with 100 watts of fury. " WOMM has a 100-watt mono signal and broadcasts within Chittenden County, Vermont. Its broadcasts can also be received through its website, www. theradiator. org.

The Spectrum Youth and Family Services has been offering shelter and support services to at-risk and homeless youth since 1970. The organization is located in Burlington, Vermont and serves youth ages 14–21.

The Vermont Housing Finance Agency (VHFA) is chartered as a private non-profit agency to finance and promote affordable housing opportunities for low- and moderate- income Vermonters. They are located in Burlington, Vermont.

The Church Street Marketplace and adjoining Burlington Town Center mall is a partially enclosed shopping mall located in Burlington, Vermont. There are about 86 storefronts. The Church Street Marketplace Commission manages the pedestrian mall, while the enclosed mall is managed by General Growth Properties. It contains 289,156 square feet on two stories. It is Vermont's fourth biggest mall, It is one of two enclosed malls serving the greater Burlington region.

These are some bigger and more relevant cities in the wider vivinity of Burlington.