Staten Island in Richmond County (New York) with it's 468,730 habitants is a town located in United States about 192 mi (or 309 km) north-east of Washington DC, the country's capital town.

Time in Staten Island is now 02:04 PM (Sunday). The local timezone is named America / New York with an UTC offset of -4 hours. We know of 9 airports closer to Staten Island, of which 4 are larger airports. The closest airport in United States is Newark Liberty International Airport in a distance of 9 mi (or 15 km), North. Besides the airports, there are other travel options available (check left side).

There are two Unesco world heritage sites nearby. The closest heritage site in United States is Statue of Liberty in a distance of 13 mi (or 21 km), North-East. Also, if you like the game of golf, there are some options within driving distance. We saw 7 points of interest near this location. In need of a room? We compiled a list of available hotels close to the map centre further down the page.

Since you are here already, you might want to pay a visit to some of the following locations: Elizabeth, Newark, Jersey City, Brooklyn and Manhattan. To further explore this place, just scroll down and browse the available info. 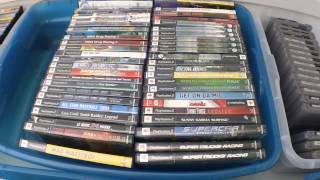 I know this is a few weeks old but never had a chance to upload it till now, so you'll see the lengths I go through sometimes just to find a game I want. Is it worth it? Well watch you be the... 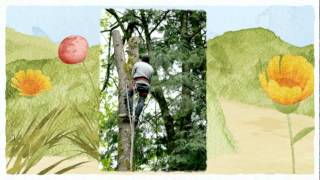 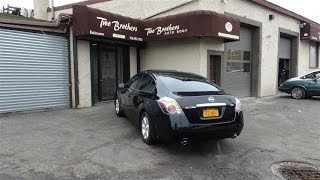 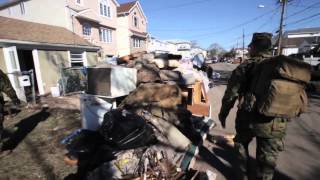 Marines of 26th Marine Expeditionary Unit arrive in Staten Island, N.Y., Nov. 4. Marines went through the homes of residents and assisted in clean-up and documenting of damage. The Navy-Marine... 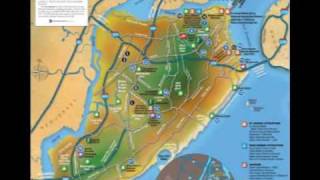 Places To Go On Staten Island

http://statenislandhouses.com/statenisland.aspx Places to go and things to do on Staten Island. 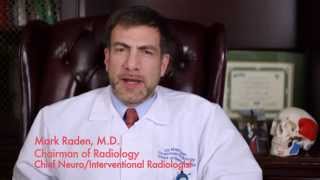 In this video we produced for Staten Island University Hospital, the fifth largest in New York City, the Chairman of the Radiology Department talks about the facilities and people that run... 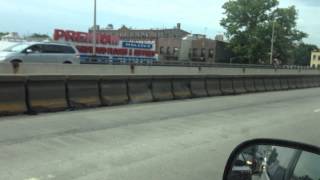 HERE YOU WILL SEE A NYPD UNMARKED POLICE CRUISER RESPONDING ON THE VERRAZANO BRIDGE IN STATEN ISLAND, NEW YORK CITY. 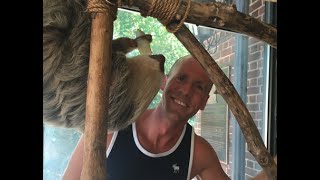 In the third webisode of the Dr. Christman Show, we visit my friends at the Staten Island Zoo. My friend and colleague, Dr. Marc Valitutto, takes you behind the scenes of a zoo and discuses... 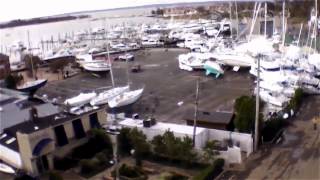 http://www.RealEstateSINY.com | Here is an aerial video of the destruction at Great Kills Harbor, Staten Island, in New York City. It shows how the once commercially-vibrant South Shore community... 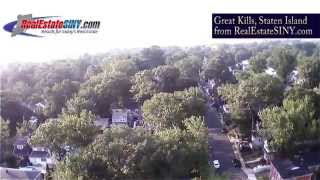 From Above: Great Kills, Staten Island

http://www.RealEstateSINY.com | A look at Great Kills, Staten Island from above.

Richmondtown, is a neighborhood on Staten Island in New York City, New York, in the United States. Originally known as Coccles Town (sometimes misreckoned as Cuckolds Town) because of the abundance of oyster and clam shells found in the waters of the nearby Fresh Kills, Richmondtown gained its present name in 1728 when the village now preserved as Historic Richmond Town was founded.

Historic Richmond Town is a living history village and museum complex in the neighborhood of Richmondtown, Staten Island, in New York City. It is located near the geographical center of the island, at the junction of Richmond Road and Arthur Kill Road. It was formerly a county seat and commercial center which included the former courthouse of Richmond County, coterminous with the borough of Staten Island.

Bay Terrace is a Staten Island Railway station in the neighborhood of Bay Terrace, Staten Island, New York. It is located on an embankment at Bay Terrace and South Railroad Avenue on the main line. It has an island platform and exits are located at both ends. The north exit leads to Justin Avenue while the south exit leads to Bay Terrace. Both ends have a street-level underpass, but the one at the south end is pedestrian-only while the north end is for both pedestrians and vehicles.

Jacob Crocheron, a Staten Island native and Manhattan merchant, built this house c.1819 to serve as his retirement residence. Details of its exterior and interior structure show the influence of the Federal-period architecture of the lower Hudson Valley. It was relocated to Historic Richmond Town from Greenridge.

The Britton Cottage was the residence of Nathaniel Lord Britton, a botanist and the creator of the New York Botanical Garden. The house was originally located at the intersection of New Dorp Lane and Cedar Grove Avenue in the New Dorp Beach section of Staten Island, New York. The oldest section of the cottage dates to 1671, with additions in the mid-18th century. It is constructed of stone and timberframe components. Dr.

The Boehm House is located at 75 Arthur Kill Road/Richmond Road. This 1750 house, relocated from Greenridge as a part of Historic Richmondtown, was typical of rural New York during the American Revolution. Also on view: an exhibit of early building techniques and restorations.

The Guyon-Lake-Tysen House is a spacious farmhouse with Dutch and Flemish architectural details was built by Joseph Guyon on his farmstead in Oakwood, Staten Island in the United States. Most of its original interior woodwork, including both Georgian and Federal styles of paneling remains intact. Based on the style and proportions of the house, it would be considered a middle to upper class dwelling.

The Stephens-Black House is a 19th century house featured in Historic Richmond Town on Staten Island, New York City. The deed to the Stephens-Black House suggests that its construction began shortly after 2 February 1837. It is located on a 25 by 100 foot plot at the corners of Center Street and Court Place. It was built in a modified Greek Revival style which is most apparent in the eyebrow windows located on the third level of the home.

The Treasure House, in Staten Island, NYC, USA, dates to about 1700 with additions in 1740, 1790 and 1860. Samuel Grasset, a tanner and leather worker, built the original section of the house. A cord wainer (shoemaker), inn-keeper, stonemason, and coach trimmer were all later owners of the house in subsequent centuries, as well as a number of local businesses occupying the structure.

The John Bennett House was built in 1839 with an addition built in 1854, was built as part of a real estate development near the Third County Courthouse in Historic Richmondtown, Staten Island, New York. This Greek Revival style residence was home to shipping merchant John Bennett and his family from c.1848-1917. The building later served as a restaurant. A seasonal cafe and restaurant is located in the cellar bakery and is accessible from Richmond Road.

The Church of St. Patrick is a Roman Catholic parish church under the authority of the Roman Catholic Archdiocese of New York, located in Staten Island, New York City. The parish was established in 1862. The early Romanesque Revival-style building, built c.1860, was declared a New York City Landmark on February 20, 1968.

These districts belong to Staten Island.

These are districts that are close by, but belong to a different city than Staten Island.

These are some bigger and more relevant cities in the wider vivinity of Staten Island.

This place is known by different names. Here the ones we know:
Staten Island, Borough of Staten Island