Baltimore
in City of Baltimore of Maryland, United States

Baltimore in City of Baltimore (Maryland) with it's 621,849 habitants is a town located in United States about 36 mi (or 57 km) north-east of Washington DC, the country's capital town.

Time in Baltimore is now 01:28 PM (Friday). The local timezone is named America / New York with an UTC offset of -5 hours. We know of 8 airports closer to Baltimore, of which 3 are larger airports. The closest airport in United States is Baltimore/Washington International Thurgood Marshal Airport in a distance of 8 mi (or 14 km), South. Besides the airports, there are other travel options available (check left side).

There is one Unesco world heritage site nearby. It's Monticello and the University of Virginia in Charlottesville in a distance of 99 mi (or 160 km), South-West. Also, if you like the game of golf, there are some options within driving distance. We saw 10 points of interest near this location. In need of a room? We compiled a list of available hotels close to the map centre further down the page.

Since you are here already, you might want to pay a visit to some of the following locations: Towson, Ellicott City, Annapolis, Bel Air and Westminster. To further explore this place, just scroll down and browse the available info.

I discuss why you should start your weight loss journey immediately and stop procrastinating! Follow Me On Instagram For Weight Loss Inspiration: ... 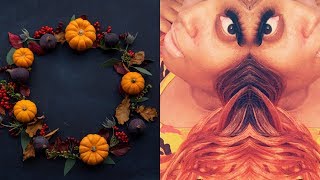 The Madness of It All || Holiday Vlog || LizzieLove

Hey y'all! So I wanted to take y'all with me as I prepared and shopped for Thanksgiving. I wanted to cut on the camera for dinner but sometimes you just need to ... 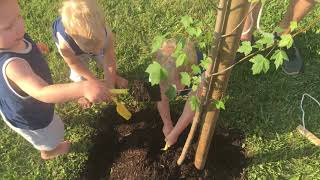 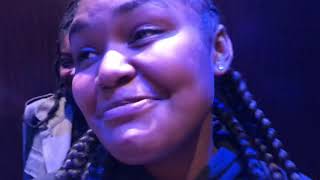 I Had a blast wish I could go back Instagram- imagine.will Snapchat- wdc_will. 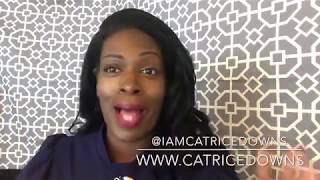 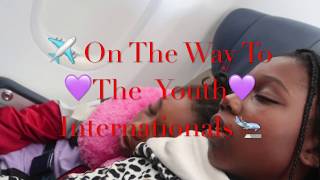 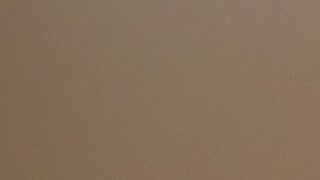 Our 'journey' through Torah continues...

Go To Where The Opportunity Is

I discuss why you need to go to where the opportunity is. Everyone comes from different walks of life, but we all have to take a risk and travel to greener pastures ... 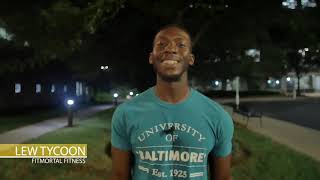 Wassup!!!! So here's my first YouTube video I'm bringing to you guys with more to come. In this video I talk about my brand Fitmortal Fitness and how I got started ...

Baltimore's The Block is a stretch on the 400 block of East Baltimore Street in Baltimore, Maryland containing several strip clubs, sex shops, and other adult entertainment merchants. In the first half of the 20th century, it was famous for its burlesque houses. It was a noted starting point and stop-over for many of noted burlesque dancers, including the likes of Blaze Starr. By the 1950s, the clubs became seedier, as burlesque was replaced by strip clubs and sex shops.

Lombard Street is a major street in Baltimore. It forms a one-way pair of streets with Pratt Street that run west-east through downtown Baltimore. For most of their route, Pratt Street is one-way in an eastbound direction, and Lombard Street is one way westbound. Both streets begin in west Baltimore at Frederick Avenue and end in Butcher's Hill at Patterson Park Avenue. Since 2005, these streets have been open to two-way traffic from Broadway up until their end at Patterson Park.

Hammerjacks Concert Hall and Nightclub was a large concert hall in downtown Baltimore through the 1980s and into the 1990s owned by Louis J. Principio III. The club attracted many big-name national acts, but also showcased many rising stars in the music world. The bands ranged from punk, glam, and heavy metal acts most commonly associated with the venue to pop and alternative rock groups.

The Holliday Street Theater also known as the New Theatre, New Holliday, Old Holliday, The Baltimore Theatre, and Old Drury, was a historical theatrical venue in colonial Baltimore, Maryland. It is known for showing the first performance of Francis Scott Key's Star-Spangled Banner.

Commerce Place is a high-rise in Baltimore, Maryland. The building rises 31 floors and 454 feet in height, and stands as the fourth-tallest building in the city. The structure was completed in 1992. Commerce Place was designed by architect G.C. Pontius of RTKL Associates, a Baltimore-based architectural and engineering firm; the structure is an example of Postmodern architecture. 23 of the building's 31 floors are used for commercial offices, while six are used for parking.

Grand Historic Venue is located in Baltimore, Maryland. Built by the Freemasons as the Grand Lodge of Maryland Masonic Temple in 1866, the building was the headquarters for the Maryland Freemasons for over 130 years. Edmund G. Lind was commissioned to design a new Masonic Temple. The French and Italian Renaissance-inspired property is a 7-story, 90,000 square foot building in downtown Baltimore.

The Wells Fargo Tower, formerly known as the First Union Signet Tower, Wachovia Tower, and Union Trust Building, is a commercial high-rise in Baltimore, Maryland. The building rises 24 floors above street level and is 330 feet in height; it is tied with Charles Center South as the 17th-tallest building in the city. The structure was completed in 1985. The Wells Fargo Tower was developed by the Dallas-based Trammell Crow Company, and is currently owned by the Wells Fargo and Company.

The M&T Bank Building, also known as the First Maryland Building and formerly the First National Bank Of Maryland, is a commercial high-rise in Baltimore, Maryland. The building rises 22 floors and 315 feet in height, and is currently tied with the Mercantile Bank & Trust Company Building as the 19th-tallest structure in the city. The structure was completed in 1972. The M&T Bank Building is an example of modern architecture. The building currently houses offices for the M&T Bank Corporation.

Insubordination Fest is an American annual punk-rock music festival held in Baltimore, Maryland. The festival started in 2006 as a tenth-anniversary showcase for Insubordination Records, and has been held every summer since. In the past, the festival has been headlined by bands such as Less Than Jake, The Mr. T Experience, The Queers and Dillinger Four.

One Calvert Plaza, formerly the Continental Trust Company Building, is an historic 16-story, 76 m skyscraper in Baltimore, Maryland. The Beaux-Arts, early modern office building was constructed with steel structural members clad with terra cotta fireproofing and tile-arch floors. Its namesake was chartered in 1898 and instrumental in merging several Baltimore light and gas companies into one city-wide system. It was constructed in 1900-1901 to designs prepared by D.H.

Mercy Medical Center is a hospital located in Baltimore, Maryland. The Tower Building of the hospital opened in 1963 and is located at 301 St. Paul Place. Historically, Mercy was founded as Baltimore City Hospital by six Sisters of Mercy on November 11, 1874.

These are some bigger and more relevant cities in the wider vivinity of Baltimore.

For Colored Girls Who Have Considered Suicide When The Rainbow Is Enuf
Starting at: 02:00 pm (14:00).
More Information: eventful.com.