Paterson in Passaic County (New Jersey) with it's 147,754 habitants is located in United States about 206 mi (or 332 km) north-east of Washington DC, the country's capital town.

Current time in Paterson is now 05:23 AM (Saturday). The local timezone is named America / New York with an UTC offset of -4 hours. We know of 9 airports close to Paterson, of which 4 are larger airports. The closest airport in United States is Newark Liberty International Airport in a distance of 15 mi (or 25 km), South. Besides the airports, there are other travel options available (check left side).

There are two Unesco world heritage sites nearby. The closest heritage site in United States is Statue of Liberty in a distance of 19 mi (or 31 km), South-East. Also, if you like playing golf, there are some options within driving distance. We encountered 10 points of interest near this location. If you need a hotel, we compiled a list of available hotels close to the map centre further down the page.

While being here, you might want to pay a visit to some of the following locations: Hackensack, Newark, Jersey City, Manhattan and Elizabeth. To further explore this place, just scroll down and browse the available info. 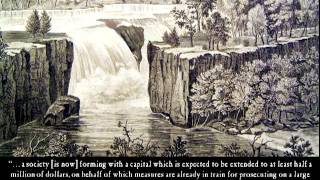 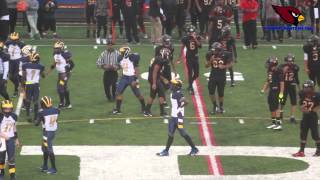 cardnials 1st game of the 2014 season: Not the full game

About The SCC is an organization dedicated to helping the Paterson youth not only thru Football and Cheerleading but to be the best they can be in everything. Description EMPIRE STATE YOUTH... 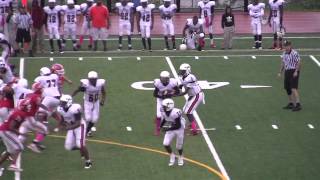 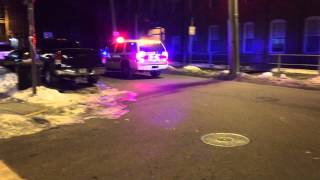 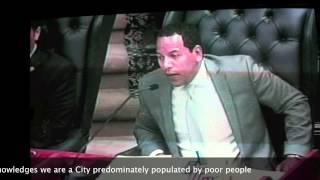 It is hard to comprehend that a town with over 53% of the documented population is at or below the Federal Income Poverty level that the elected official appointed to guide compliance/adherence... 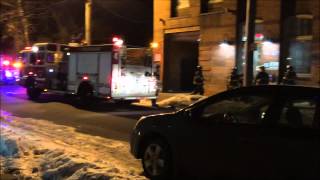 PATERSON FIRE DEPARTMENT RESPONDING TO & ON SCENE OF A REPORTED SMOKE CONDITION IN PATTERSON, NJ.

HERE YOU WILL SEE THE PATERSON FIRE DEPARTMENT RESPONDING TO AND ON SCENE OF A REPORTED SMOKE CONDITION ON VAN HOUTEN STREET IN PATTERSON, NEW JERSEY. 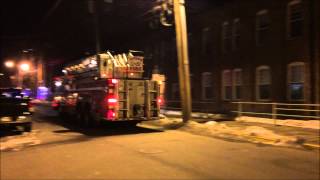 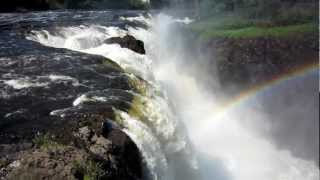 This video was taken one month after hurricane Irene in Paterson New Jersey. 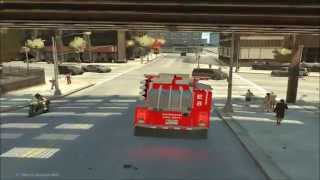 Testing out a skin I made remembering Paterson's disbanded fire companies Engine 8, 9, 10 and 11. I will be making more skins remembering the companies. Engine 8 - 71 Wayne Ave. Engine 9 -...

Passaic County Community College is an accredited, co-educational, two-year, public, community college located in Passaic County, New Jersey. The school's main campus is located in Paterson. The Wanaque Academic Center is located in Wanaque, has over 1,000 students. The Public Safety Academy is based in Wayne. In addition, there is a campus in Passaic that opened its doors for the first time on September 11, 2008.

The Paterson Public Schools is a comprehensive community public school district that serves students in prekindergarten through twelfth grade from Paterson, New Jersey, United States. The district is one of 31 Abbott districts statewide, which are now referred to as "SDA Districts" based on the requirement for the state to cover all costs for school building and renovation projects in these districts under the supervision of the New Jersey Schools Development Authority.

Dublin is a former neighborhood in Paterson, New Jersey that makes up Little Lima and Little Italy today. Dublin was Paterson's first distinct neighborhood that grew up around the mills along the east bank of the Passaic River in Downtown Paterson. Alexander Hamilton established the Society for the Establishment of Useful Manufactures (S.U.M. ), which helped to harness the power of Great Falls in 1791.

Downtown Paterson is the main commercial district of Paterson, New Jersey, United States, and was once a shopping mecca for northern New Jersey. Downtown Paterson is bounded by Straight Street on the east; I-80, NJ 19, Oliver Street, and Spruce Street on the south; the Passaic River, West Broadway, Cliff Street, North 3rd Street, Haledon Avenue, and the border with Prospect Park on the west; and the Passaic River also to the north.

The Old Great Falls Historic District is a name for the area of Paterson, New Jersey between South Paterson and Hillcrest, Paterson. The area is a thin strip of neighborhoods and parklands around the Passaic River and Garret Mountain. This section of Paterson has two National Natural Landmarks, Garret Mountain and Great Falls on the Passaic. It is the location of the highest point in Paterson.

Paterson Station is a New Jersey Transit Main Line rail station located in Paterson, New Jersey. The station, which is on an elevated viaduct, has entrances on Market Street and Ward Street, and is located where Market Street, 16th Avenue, Park Avenue, Ward Street, Memorial Drive, and Railroad Avenue all come together. The station is handicap accessible via an elevator on the Ward Street side of the platform. The station was rebuilt in a massive restoration program in 1999-2001.

Old Gun Mill, also referred to as "Colt Gun Mill", is a notable historic mill in Paterson, New Jersey where the Colt revolver was first produced in the 1830s, and where John Ryle produced and manufactured silk for the first time in the United States. As of 2008, the mill is in ruins near the banks of the Passaic Falls in Paterson but efforts to save this historic structure are still being attempted.

The Broadway Bus Terminal is a major local and regional bus terminal in Paterson, New Jersey operated by New Jersey Transit. It is located on Broadway between Memorial Drive and West Broadway in Downtown Paterson, putting it near Passaic County Community College and a few blocks from Paterson City Hall, the Danforth Main Public Library, and the Great Falls Historic District.

Al-Huda School is an Islamic school located in Paterson, New Jersey. The school serves students in grades PreK-12. As of the 2009-10 school year, the school had an enrollment of 104 students (plus 12 in preK) and 11.5 classroom teachers (on an FTE basis), for a student-teacher ratio of 9.0:1.

These are some bigger and more relevant cities in the wider vivinity of Paterson.