Scranton in Lackawanna County (Pennsylvania) with it's 77,118 citizens is a town in United States about 188 mi (or 303 km) north of Washington DC, the country's capital city.

Current time in Scranton is now 10:55 AM (Saturday). The local timezone is named America / New York with an UTC offset of -4 hours. We know of 13 airports near Scranton, of which 5 are larger airports. The closest airport in United States is Wilkes Barre Scranton International Airport in a distance of 6 mi (or 9 km), South-West. Besides the airports, there are other travel options available (check left side).

There are two Unesco world heritage sites nearby. The closest heritage site in United States is Statue of Liberty in a distance of 102 mi (or 164 km), South-East. Also, if you like playing golf, there are a few options in driving distance. Looking for a place to stay? we compiled a list of available hotels close to the map centre further down the page.

When in this area, you might want to pay a visit to some of the following locations: Tunkhannock, Honesdale, Montrose, Jim Thorpe and Binghamton. To further explore this place, just scroll down and browse the available info. 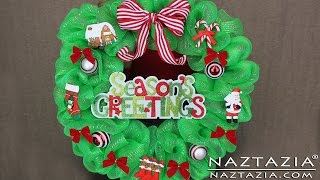 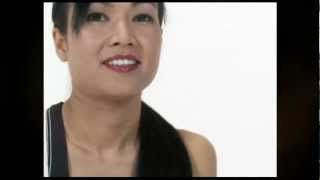 Scranton Dentist http://scrantondentists.info/index.php Need a Scranton Dentist? We have found that regular dental exams and cleaning visits are essential in preventing dental problems and... 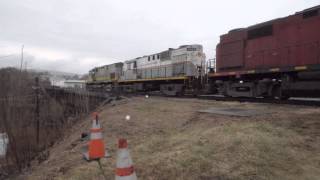 4 Alco Diesel Locomotives in Action - Scranton Pa Back in October 2014, I took a trip out to Scranton with a friend to check out Steamtown USA. It was a miserble day with on and off heavy... 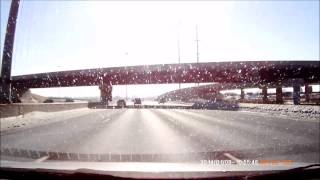 MY TRIP TO THE BIG APPLE: DAY 1

Cambridge, On to Scranton, PA via the Peace Bridge in Buffalo, New York. 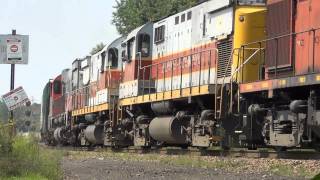 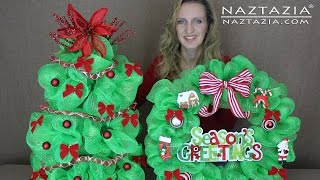 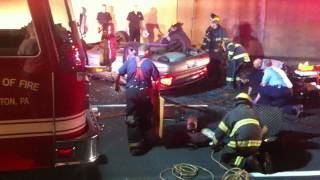 drunk driver drove off bridge you can actually see 2 people still inside and when they lift the car guys head drops down and so do the heineken bottles. 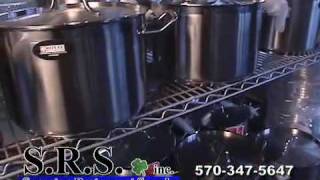 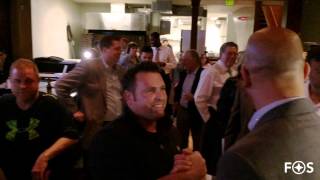 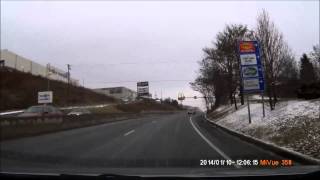 MY TRIP TO THE BIG APPLE: DAY 2

Scranton is a city in the northeastern part of Pennsylvania, United States. It is the county seat of Lackawanna County and the largest principal city in the Scranton/Wilkes-Barre metropolitan area. Scranton had a population of 76,089 in 2010, according to the U.S. Census, making it Pennsylvania's sixth-most-populous city after Philadelphia, Pittsburgh, Allentown, Erie, and Reading.

Lackawanna College (formerly Lackawanna Junior College, originally Scranton Business College) is a college in Scranton, Pennsylvania, with satellite centers in the towns of Hazleton, Hawley, Towanda, and New Milford. The college began as a proprietary institution with a full academic program under the direction of H.D. Buck and A.R. Whitmore. John H. Seeley, a noted regional educator, purchased it in 1912.

Farley's Eatery & Pub is a restaurant in downtown Scranton, Pennsylvania, and is considered a staple of Scrantonian culinary culture. Farley's promotes itself as having "the best steak and seafood in downtown Scranton. " Recently, it has garnered fame from being mentioned on The Office. The series, set in Scranton, made reference to the restaurant in a 2005 episode in which the loser of an office warehouse basketball game buys dinner from the pub.

The Electric City Trolley Museum is located in downtown Scranton, Pennsylvania, next to the Steamtown National Historic Site. The museum displays and operates restored trolleys and interurbans on former lines of the Lackawanna and Wyoming Valley Railroad, now owned by the government of Lackawanna County and operated by the Delaware-Lackawanna Railroad.

WEJL is a radio station broadcasting in Scranton, Pennsylvania on the AM dial at 630 kHz. Its programming is simulcast on WBAX in Wilkes-Barre, at 1240 kHz and WQFM in Forest City at 100.1 MHz. The stations, known on-air as Northeast PA's ESPN Radio, broadcast sports talk programming from ESPN Radio, as well as Philadelphia Phillies baseball, Philadelphia Eagles football, Notre Dame football and Villanova Wildcats basketball.

WBZU is a news/talk AM broadcasting radio station licensed to the city of Scranton, Pennsylvania. The station relays the programming of WILK and the "WILK News Radio" network. WBZU is owned by Entercom Communications. The radio station's call signs were changed by Entercom in 2005 from its long-time original call signs of WGBI which the station held since its sign on date of 1925.

WICK is an AM broadcasting radio station licensed to the city of Scranton, Pennsylvania and serves the Wilkes-Barre/Scranton radio market. The station broadcasts at a frequency of 1400 kHz with 1,000 watts with a non-directional signal pattern. The station is owned by Bold Gold Media. In 2006, the station owners dropped the oldies radio format in favor of a sports radio format branded as "The Game" with programming coming from Fox Sports Radio and Premiere Radio Networks's Jim Rome.

The Mall at Steamtown

The Mall at Steamtown is a shopping center and the commercial centerpiece of Scranton, Pennsylvania, United States. It features nearly one hundred retail and specialty stores. The Mall at Steamtown was conceived in the mid 1980s as the keystone of downtown revitalization, though the project was not completed until 1993. Its opening in 1993 was nationally televised on CNN and attended by then-Pennsylvania Governor Robert P. Casey, Sr.

Located at 41.4086, -75.6629 (Lat. / Lng.), about 0 miles away.
Wikipedia Article
Federal courthouses of the United States, Courthouses in Pennsylvania, Government buildings completed in 1931, Art Deco architecture in Pennsylvania, Buildings and structures in Scranton, Pennsylvania

These are some bigger and more relevant cities in the wider vivinity of Scranton.