Mountsorrel in Leicestershire (England) with it's 17,297 habitants is located in United Kingdom about 94 mi (or 151 km) north-west of London, the country's capital town.

Current time in Mountsorrel is now 03:30 PM (Saturday). The local timezone is named Europe / London with an UTC offset of one hour. We know of 10 airports close to Mountsorrel, of which 5 are larger airports. The closest airport in United Kingdom is East Midlands Airport in a distance of 11 mi (or 17 km), North-West. Besides the airports, there are other travel options available (check left side).

There are several Unesco world heritage sites nearby. The closest heritage site in United Kingdom is Derwent Valley Mills in a distance of 34 mi (or 55 km), North-East. Also, if you like playing golf, there are some options within driving distance. If you need a hotel, we compiled a list of available hotels close to the map centre further down the page.

While being here, you might want to pay a visit to some of the following locations: Leicester, Glenfield, Nottingham, Derby and Langham. To further explore this place, just scroll down and browse the available info. 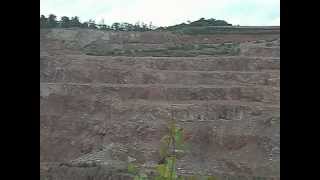 Blasting at Mountsorrel Quarry the blast happens about 2 mins in to the film. 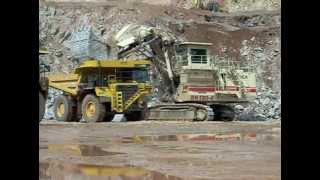 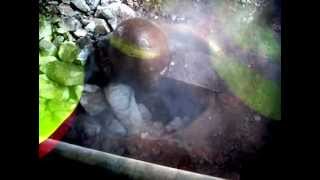 granite boulders being crushed into 100mm aggregate for rail and road construction (giant pestle & mortar) sorry about the reflections. 花岗岩巨石被粉碎成遗憾反射铁路和公路建... 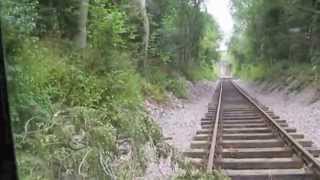 a Wickham to Mountsorrel & back

This was taken using my Fuji S8000 fd ( in essence a stills camera ) and shows my trip along the yet o be completed Mountsorrel branch line . The branch leaves the main GCR mainline at Swithlands... 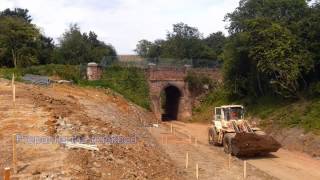 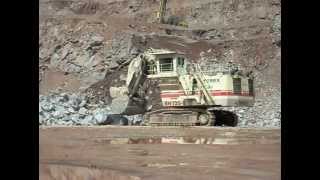 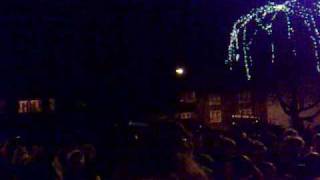 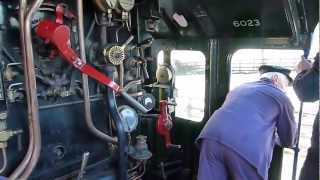 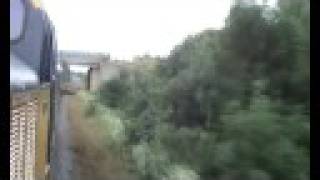 We travel from Rothley to Leicester North behing Class 37 37314 Dalzell which is on loan. 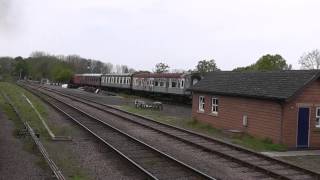 The Soar Valley in Leicestershire, England is the basin of the River Soar, which rises south of Leicester and flows north through Charnwood before meeting the River Trent at Trent Lock on the Nottinghamshire border. Soar Valley embraces the large villages of Quorn, Mountsorrel, Barrow upon Soar, Birstall, Rothley and Sileby and a number of smaller communities all on or near the River Soar as it flows from Leicester to Loughborough in Leicestershire.

Rothley Temple is a chapel in Rothley, Leicestershire associated with the Knights Templar. Records show that the Templars were already in Rothley when King John gave them five librates of land in 1203. Further donations were acquired between 1218 and 1219, though it would seem that a preceptory was not established by the Order at Rothley until around 1231. Minor donations were given by the Rothley Templars to directly support the Orders fighting forces at Acre in the Holy Land.

Swithland Reservoir is a reservoir in the English county of Leicestershire. It is north-east of the village of Swithland from which it takes its name, north-west of Rothley and approximately 133 metres south-west of Mountsorrel Quarry. The dam is at the north end and is crossed by Kinchley Lane. An island known as Brazil Island is located south of the centre of the reservoir, with a weir on either side.

Swithland Sidings is a set of railway sidings on the preserved Great Central Railway, situated just south of Swithland Reservoir and Swithland Viaduct which crosses it.

Swithland Viaduct is a railway viaduct in Leicestershire that carries the former Great Central Main Line over Swithland Reservoir. It is unusual in that it carries the line over a reservoir rather than a valley. It actually consists of two separate viaducts, with an embankment over Brazil Island in the centre of the reservoir. The line now carries the Great Central Railway. The reservoir had to be temporarily drained for the construction of the viaducts. Swithland viaduct (bridges No.

Swithland Hall is a country house in Swithland, Leicestershire. Designed by James Pennethorne, it was partially completed in 1834 and finished by 1852. It was the home of the Earl of Lanesborough and his family. It was Grade II listed in 1979.

Rothley Court is a country house in Leicestershire, England. It was originally mentioned in the Domesday Book, and later associated with the Knights Templar. It was Grade I listed in 1951.

Quorn Baptist Church is a Baptist church in the village of Quorn, Leicestershire, UK. Church is part of the Baptist Union but its congregation is made up of Christians from a variety of church backgrounds.

These are some bigger and more relevant cities in the wider vivinity of Mountsorrel.

This place is known by different names. Here the ones we know:
Mountsorrel