Keresley in Coventry (England) with it's 2,432 habitants is a town located in United Kingdom about 88 mi (or 142 km) north-west of London, the country's capital town.

Time in Keresley is now 10:00 AM (Saturday). The local timezone is named Europe / London with an UTC offset of one hour. We know of 9 airports closer to Keresley, of which 5 are larger airports. The closest airport in United Kingdom is Coventry Airport in a distance of 6 mi (or 10 km), South. Besides the airports, there are other travel options available (check left side).

There are several Unesco world heritage sites nearby. The closest heritage site in United Kingdom is Blenheim Palace in a distance of 57 mi (or 91 km), South-East. Also, if you like the game of golf, there are some options within driving distance. In need of a room? We compiled a list of available hotels close to the map centre further down the page.

Since you are here already, you might want to pay a visit to some of the following locations: Coventry, Meriden, Berkswell, Barston and Hampton in Arden. To further explore this place, just scroll down and browse the available info. 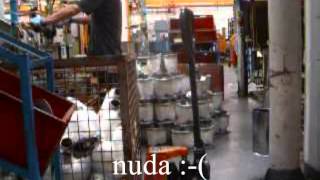 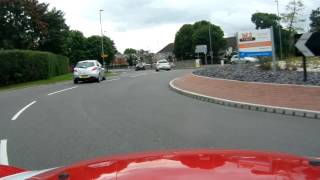 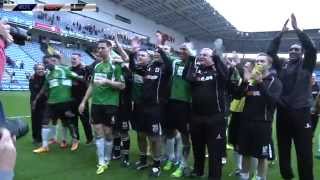 City travelled to the Ricoh Arena to take on Coventry City in the First Round of The FA Cup and caused a major upset to once again become Giant Killers! 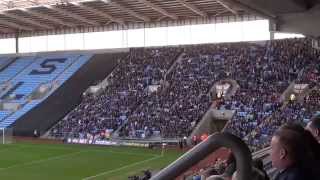 Worcester City beat a League side away from home for the first time in the Club's History defeating Coventry City 2-1 at The Ricoh Arena. Two goals from Sean Geddes sealed the famous win. Follow... 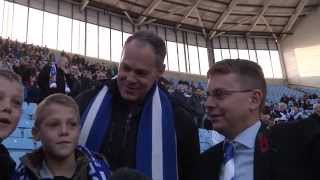 City fans make their predictions before the FA Match @ The Ricoh Arena! 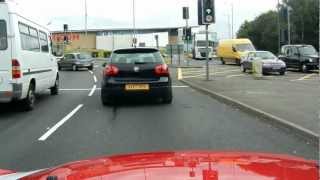 http://www.evolvedriving.co.uk Evolve Driving School Lesson. How to drive around the Ricoh Roundabout when approaching from Pro Logis Park and turning right towards Coventry City Centre For... 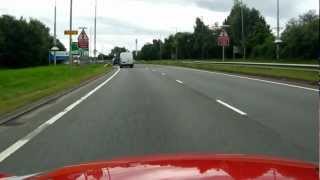 http://www.evolvedriving.co.uk Evolve Driving School Lesson. How to drive around the Ricoh Roundabout when approaching from Bedworth driving to Coventry City Centre For Driving Lessons in... 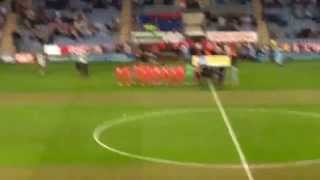 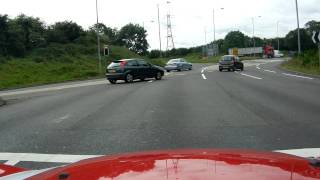 M6 Island from A444 Nuneaton to Coventry - Evolve Driving Lesson

http://www.evolvedriving.co.uk How to drive around the M6 Island when travelling from on the A444 from Nuneaton and exiting to Coventry City Centre - Evolve Driving Lesson. For Driving Lessons... 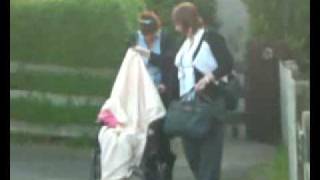 Keresley is a village and civil parish in the City of Coventry, West Midlands, England, about 5 miles north of Coventry city centre. According to the 2001 census, the parish had a population of 791. Keresley and Keresley End are two separate areas; Keresley is in Coventry, while the slightly more rural Keresely End, also known as Keresley village or Keresley Newlands, is in Warwickshire, with the exception of Thompsons Road in the village, which comes under the Coventry boundary.

Browns Lane in Coventry, England was originally built as a World War II shadow factory run by The Daimler Motor Company Limited. In 1951 it was leased by Jaguar Cars and remained the company's home until 2005. It was the site of all Jaguar production until 1998, when production of the Jaguar S-Type commenced at Castle Bromwich, as well as the firm's corporate headquarters and the home of the Jaguar Daimler Heritage Trust.

Corley (and the associated hamlets of Corley Ash and Corley Moor) is a village and civil parish in the North Warwickshire district of Warwickshire, England. It is located about 8 kilometres northwest of Coventry and is adjacent to the village of Fillongley. The M6 motorway runs close by, and the village is familiar to motorists as it is the site of Corley Services. Other significant buildings in the area include Corley Hall, which was built in the 16th century.

Holbrooks, also written Holbrook's, is a residential area of Coventry, West Midlands, England. Most of the length of the four brooks which pass through the area are covered or culverted, one culvert is adjacent to the recently built housing on Watery Lane. Another brook passes through and under the grounds of Parkgate School. The brooks then head off towards the river Sherbourne and the Sowe.

Keresley End is a village in Warwickshire, England, also known as Keresley Newlands. It is about half a mile north of Keresley, a suburb of Coventry, and being near to the former Keresley colliery, it was where many coal miners lived.

Brownshill Green is a small suburb in the north-west of Coventry, adjacent to the suburbs of Keresley and Coundon. It is bordered on its north side by the northern boundary of Coventry and the village of Corley. Its main thoroughfare is Brownshill Green Road, which runs from its junction with Coundon Wedge Drive in the north to join Keresley Road in the south.

The Exhall mid-air collision happened on Saturday 19 February 1949 over the village of Exhall when a British European Airways Douglas Dakota collided in clear weather with a Royal Air Force Avro Anson T21. The Dakota was on a flight from Northolt Airport near London to Glasgow-Renfrew Airport in Scotland. With a crew of four it was carrying six passengers, and had taken off from Northolt at 09:13 hr. The Royal Air Force Avro Anson T21 was being operated by No.

Coventry Colliery was a coal mine located in the village of Keresley, close to the town of Bedworth, England. Closed in 1991, the site today has been redeveloped as a distribution park, owned by ProLogis.

These are some bigger and more relevant cities in the wider vivinity of Keresley.

This place is known by different names. Here the ones we know:
Keresley