Turville in Buckinghamshire (England) is located in United Kingdom about 34 mi (or 54 km) west of London, the country's capital town.

Current time in Turville is now 02:42 PM (Thursday). The local timezone is named Europe / London with an UTC offset of one hour. We know of 12 airports close to Turville, of which 5 are larger airports. The closest airport in United Kingdom is RAF Benson in a distance of 9 mi (or 14 km), West. Besides the airports, there are other travel options available (check left side).

There are several Unesco world heritage sites nearby. The closest heritage site in United Kingdom is Blenheim Palace in a distance of 19 mi (or 31 km), North-East. Also, if you like playing golf, there are some options within driving distance. We encountered 1 points of interest near this location. If you need a hotel, we compiled a list of available hotels close to the map centre further down the page.

While being here, you might want to pay a visit to some of the following locations: Remenham, Hurley, Wargrave, Bisham and Sonning. To further explore this place, just scroll down and browse the available info. 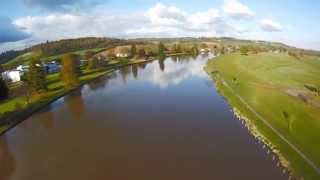 Henley On Thames From The Air HD 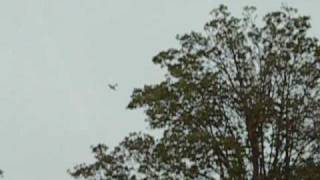 Spitfire showing off near Henley-on-Thames. 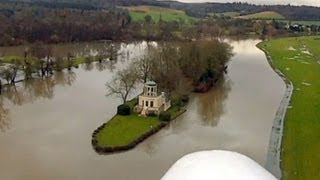 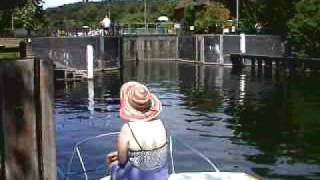 A short trip on the Thames from Hambledon lock to Henley reach. 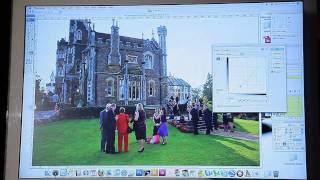 We all need a little help improving our photographs from time to time, and if you are one of those people looking at their photo's from the Christmas period and thinking that there is something... 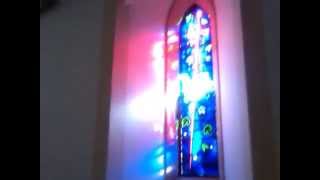 Usually churches are named St Peter or St Mary or something this church has no-dedication. Self-Service Coffee or Tea is available in the Porch for a volunta... 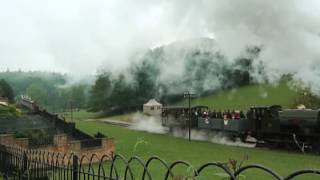 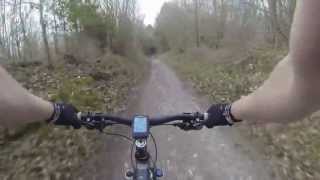 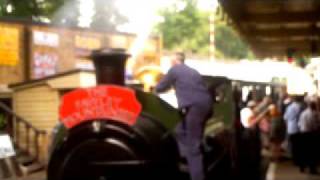 0-6-0 tank engine thrashing its way up the hill at the Fawley Museum. 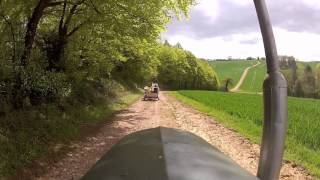 On a lovely weekend in May, 58 Tractors took part to do a 24 mile trip through 6 Estates in the Chiltern Hills to raise money for the Thames Valley and Chiltern Air Ambulance, we raised in...

Wormsley Park is a 2,500 acre (10 km²) estate and 18th century country house between Stokenchurch and Watlington in the Chiltern Hills of Buckinghamshire, England. It is the former home of the philanthropist Sir Paul Getty who moved to Wormsley in 1986. He undertook a restoration which lasted until 1991, and lived there until his death in 2003. It is now the home of Mark Getty and his family and the site of the cricket field known as Sir Paul Getty's Ground.

Fawley Bottom is a very small village in south Buckinghamshire, England, north of Henley-on-Thames. The artist John Piper and his wife, the librettist Myfanwy Piper, were notable long-term residents of Fawley Bottom Farmhouse in the 20th century, from the mid-1930s for the rest of their lives in the 1990s. Their son Seb Piper, another artist, still lives in the village. Position: grid reference SU748868

Hambleden was a rural district in Buckinghamshire, England from 1894 to 1934. It was formed under the Local Government Act 1894 from the Buckinghamshire part of the Henley Rural Sanitary District, the Oxfordshire part forming the Henley Rural District. It comprised the three civil parishes of: Fawley, Hambleden Medmenham It was abolished by a County Review Order in 1934, the parishes being added to the Wycombe Rural District.

Stonor Park is an historic country house and private deer park situated in a valley in the Chiltern Hills at Stonor, about 4 miles north of Henley-on-Thames in Oxfordshire, England, close to the county boundary with Buckinghamshire. The house has a 12th century private chapel. The remains of a prehistoric stone circle are in the grounds. It is the ancestral home of the Stonor family and Baron Camoys. The current Lord Camoys is Ralph Stonor, 7th Baron Camoys.

Parmoor is a hamlet to the south of Frieth in the parish of Hambleden, in Buckinghamshire, England.

Cobstone Mill was built around 1816 and is located in the civil parish of Ibstone in Buckinghamshire, England, and overlooks the village of Turville. It is sometimes referred to as Turville Windmill. It is a smock mill that replaced the original mill that had stood there since the 16th century. The machinery was previously used in another mill in the village of Lacey Green. It was a working mill grinding cereal until 1873.

St Mary the Virgin's Church, Fawley, is located in centre of the village of Fawley, Buckinghamshire, England. It is an active Anglican parish church on the deanery of Wycombe, the archdeaconry of Buckingham, and the diocese of Oxford. Its benefice has been united with those of five other local churches to form the benefice of Hambleden Valley. The church has been designated by English Heritage as a Grade II* listed building.

These are some bigger and more relevant cities in the wider vivinity of Turville.

I DO LIKE MONDAYS! Free Networking Event In Henley-on-Thames
Starting at: 08:00 pm (20:00).
More Information: eventful.com.