Bisham
in Windsor and Maidenhead of England, United Kingdom

Bisham in Windsor and Maidenhead (England) is located in United Kingdom about 28 mi (or 45 km) west of London, the country's capital town.

Current time in Bisham is now 01:08 PM (Saturday). The local timezone is named Europe / London with an UTC offset of one hour. We know of 12 airports close to Bisham, of which 5 are larger airports. The closest airport in United Kingdom is RAF Benson in a distance of 14 mi (or 23 km), West. Besides the airports, there are other travel options available (check left side).

There are several Unesco world heritage sites nearby. The closest heritage site in United Kingdom is Blenheim Palace in a distance of 20 mi (or 33 km), North. Also, if you like playing golf, there are some options within driving distance. We encountered 2 points of interest near this location. If you need a hotel, we compiled a list of available hotels close to the map centre further down the page.

While being here, you might want to pay a visit to some of the following locations: Hurley, White Waltham, Maidenhead, Cookham and Wargrave. To further explore this place, just scroll down and browse the available info. 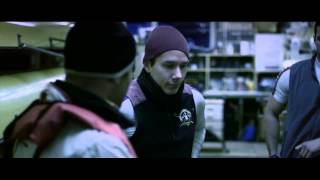 Marlow Rowing Club ( @marlow_rowing, facebook.com/marlowrc ) is rebuilding after a fire: http://www.marlowrowingclub.org.uk/fire-fund and always looking out for new members prepared to train... 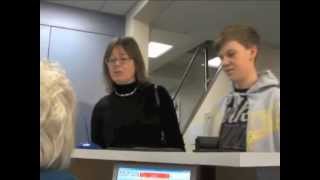 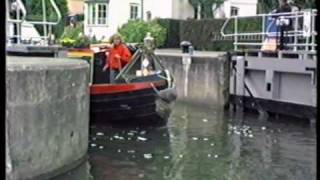 Some footage of Marlow Lock, Bridge and Village in Buckinghamshire, England from 1988. 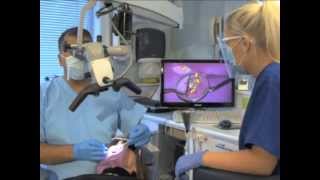 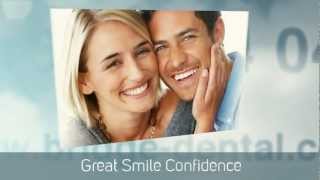 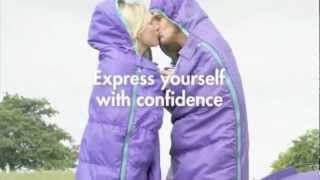 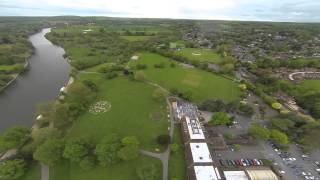 Wind conditions were a little nasty flying today (19mph according to METAR) which reduced speed and flight time. But I really wanted to fly and I knew the wind was below the safe limits of... 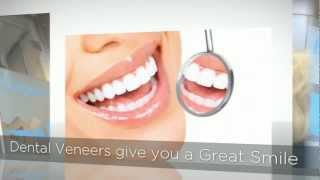 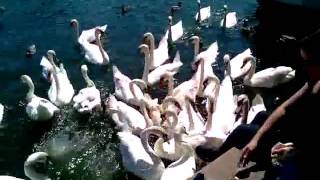 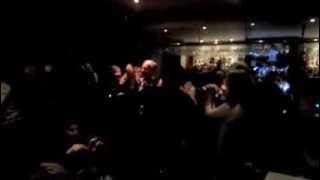 When 1.2 bonus points were offered for any quiz team that would get up and ballroom dance, even Quizmaster Tosh didn't expect this...

Bisham Abbey is a Grade I listed manor house at Bisham in the English county of Berkshire. The name is taken from the now lost monastery which once stood alongside. Bisham Abbey was previously named Bisham Priory, and was the traditional resting place of many Earls of Salisbury.

Marlow Bridge is a road traffic and foot bridge over the River Thames in England between the town of Marlow, Buckinghamshire and the village of Bisham in Berkshire. It crosses the Thames just upstream of Marlow Lock, on the reach to Temple Lock. There has been a bridge on the site since the reign of King Edward III which was stated in around 1530 to have been of timber, though an original crossing to the Knights Templar of Bisham may date from 1309.

Marlow F.C. is an English football club based in Marlow, Buckinghamshire. The club are currently members of the Hellenic Football League and play at the Alfred Davis Memorial Ground. They are the only football club in England to have applied for entry into the FA Cup every season since its inception in 1871.

Marlow By-pass Bridge is a road bridge across the River Thames in England. It carries the A404 road between Maidenhead, Berkshire and High Wycombe, Buckinghamshire. and crosses the Thames on the reach between Cookham Lock and Marlow Lock. The bridge forms part of the Marlow by-pass to the east of the town. It was built in 1972. The area underneath the bridge is used for boat storage by the adjacent outdoor adventure centre at Longridge (a registered charity).

Temple Lock is a lock and weir situated on the Buckinghamshire bank of the River Thames near Temple Mill Island opposite Temple Meadows and not far from Hurley, Berkshire. It was first built by the Thames Navigation Commissioners in 1773. The weir runs across from the lock to the Berkshire bank a short distance upstream of the lock.

Marlow Lock is a lock and weir situated on the River Thames in the town of Marlow, Buckinghamshire, England. The first pound lock was built by the Thames Navigation Commission in 1773. The weir stretches a long way upstream above the lock.

Temple Mill Island is an island in the River Thames in England upstream of Marlow, and just downstream of Temple Lock. It is on the southern Berkshire bank close to Hurley. The island is named after the three watermills that used to be on the island for beating copper and brass. The island is now has a modern housing development on it with a marina. Daniel Defoe referred to the mills in his A tour thro' the Whole Island of Great Britain (1724-1727).

Marlow Rowing Club is an amateur rowing club, on the River Thames in England. It is situated on the southern bank of the Thames at Marlow, Buckinghamshire just beside Marlow Bridge and on the reach above Marlow Lock. Marlow Rowing Club, founded in 1871, is one of the main rowing and sculling centres in England. Members of the Club have represented Great Britain in the Olympic Games and World Championships. The club colour is cardinal, although the current club kit is closer in colour to maroon.

Marlow Urban District was a local government authority in the administrative county of Buckinghamshire, England, between 1896 to 1974. The urban district had a single civil parish called Marlow Urban which comprised the town of Marlow. Between 1894 and 1896 Marlow had been part of Wycombe Rural District. In 1974 Marlow UD was disbanded as a result of the Local Government Act 1972 and the town became part of Wycombe District Authority.

The Hand & Flowers is a gastropub in Marlow, Buckinghamshire which opened in 2005. Owned and operated by Tom Kerridge and his wife Beth, it gained its first Michelin star within a year of opening, and a second in the 2012 list making it the first pub to hold two Michelin stars. It was also named the AA Restaurant of the Year for 2011–12. Reviews from food critics have been mixed.

These are some bigger and more relevant cities in the wider vivinity of Bisham.