Bray
in Windsor and Maidenhead of England, United Kingdom

Bray in Windsor and Maidenhead (England) is a town in United Kingdom about 24 mi (or 39 km) west of London, the country's capital city.

Current time in Bray is now 02:52 AM (Wednesday). The local timezone is named Europe / London with an UTC offset of zero hours. We know of 12 airports near Bray, of which 5 are larger airports. The closest airport in United Kingdom is London Heathrow Airport in a distance of 10 mi (or 16 km), East. Besides the airports, there are other travel options available (check left side).

There are several Unesco world heritage sites nearby. The closest heritage site in United Kingdom is Blenheim Palace in a distance of 23 mi (or 38 km), North. Also, if you like playing golf, there are a few options in driving distance. We discovered 2 points of interest in the vicinity of this place. Looking for a place to stay? we compiled a list of available hotels close to the map centre further down the page.

When in this area, you might want to pay a visit to some of the following locations: Maidenhead, Cookham, Warfield, White Waltham and Slough. To further explore this place, just scroll down and browse the available info. 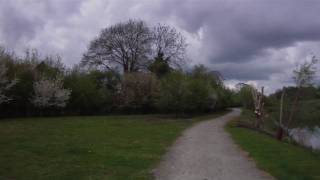 A bike ride from Dorney Reach along the Thames Path to Maidenhead Bridge and onward to the source of the Jubilee River. 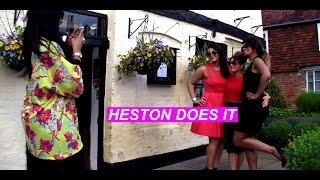 Visit the Hinds Head in Bray

Hollogram vivisted the Hinds Head in Bray, owned by celebrity chef Heston Blumenthal. The Michelin starred restaurant is situated close to the centre of the village of Bray in Berkshire, and... 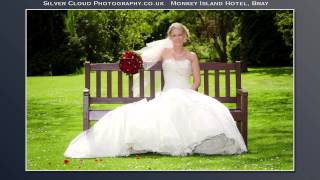 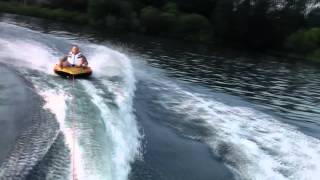 Another visit by the staff of 2499 Wokingham Sqn to Taplow Lake. Bet the WExO wouldn't insure this activity! 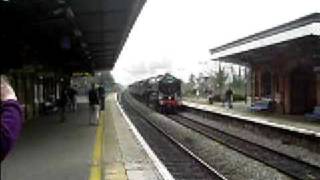 70013 Oliver Cromwell passes through Taplow Station on 01-03-09 with The Cathedrals Express from Paddington to Newport. This was Steam Dreams first trip to Wales, it was originally going to... 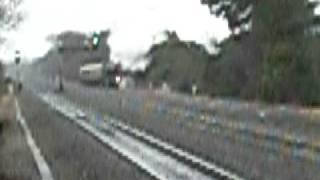 5043 Earl of Mount Edgcumbe passes through Taplow on 13/12/08 with The London Christmas Explorer from Birmingham Snow Hill to Kensington Olymipa. The train was carring The Inter City ... 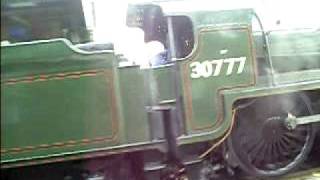 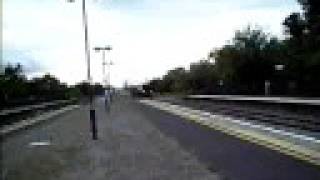 34067 Tangmere passes through Taplow Station on a move from Bristol-Southall on 17-July-2008. when it ran last monday i made a big mistike and went to Slough Station to see it and the stupide... 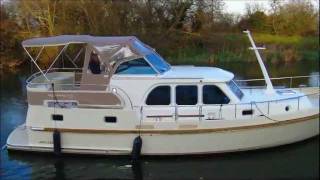 This new model is an evolution of the established and ever popular Drifter AK and will be the first example available in the UK Now with a totally redesigned interior giving a more modern...

My bungee jump at Bray Lake near Windsor with UK Bungee, Saturday 25th August 2012 - skip to 1:20 for the actual jump!

Bray Lock is a lock and weir on the River Thames in England near Bray and Dorney and is just above the M4 Bridge across the Thames. The lock is on the Buckinghamshire side of the river on the opposite bank from Bray itself and Maidenhead which are in Berkshire. The pound lock was built by the Thames Navigation Commission relatively late in 1845 The lock keeper's cottage is on an island (Parting Eyot) between the lock and the weir.

Bray Studios is a film and television facility at Bray, near Maidenhead, Berkshire, England. The model and miniature filming for the film Alien was shot there, as well as The Rocky Horror Picture Show. It is best known for its association with Hammer Film Productions and contains four stages, plus offices and workshops. Hammer originally leased country houses in which to shoot films, until the company eventually purchased Down Place on the banks of the Thames near Bray.

The Waterside Inn, located in Bray, Berkshire, England, was founded by the brothers Michel and Albert Roux after the success of Le Gavroche. It is currently run by Michel's son, Alain. The restaurant has three Michelin stars, and in 2010 it became the first restaurant outside of France to retain all three stars for twenty five years. The Waterside Inn ranked 77th in the Elite Traveler World's Top Restaurants Guide 2012 .

Located at 51.5092, -0.699 (Lat. / Lng.), about 1 miles away.
Wikipedia Article, Homepage
Michelin Guide starred restaurants in the United Kingdom, Restaurants in Berkshire, Buildings and structures in Windsor and Maidenhead, Bray, Berkshire, Restaurants established in 1972, 1972 establishments in England

Dorney Court is an early Tudor manor house, dating from around 1440, located in the village of Dorney, Buckinghamshire. It is owned and lived in by the Palmer family.

The M4 Thames Bridge Maidenhead is a motorway bridge between Dorney Reach, Buckinghamshire and Bray near Maidenhead, Berkshire in England built in the 1960s. The bridge carries the M4 Motorway across the River Thames, on the reach above Boveney Lock, and about 500 yards short of Bray Lock. It is one of four bridges carrying motorway traffic across the Thames, the others being the QE2 Bridge, the M25 Runnymede Bridge and the M3 Chertsey Bridge. It also carries pedestrian traffic on a footbridge.

Queen's Eyot is an island in the River Thames in England on the reach above Boveney Lock, just upstream of Oakley Court near Windsor, Berkshire. The island is owned by Eton College and contains a club house that is available for hire for functions.

The Summerleaze Footbridge is a footbridge across the River Thames in England linking Dorney, Buckinghamshire and Bray, Berkshire, and is located on the reach above Boveney Lock. The footbridge was built as a gravel conveyor belt, taking gravel from the construction of Dorney Lake, a nearby purpose-built rowing lake, and takes its name "Summerleaze" from the firm who built it in 1996.

Headpile Eyot is long narrow island in the River Thames in England just above Bray Lock, near Bray, Berkshire. The island is small and tree-covered and is the location of Bronze Age finds.

Bray Pennyroyal Field is a 3.4 hectare biological Site of Special Scientific Interest at Water Oakley in Berkshire, notified in 1991.

Pigeonhill Eyot is an island in the River Thames in England just above Bray Lock, near Bray, Berkshire. It sits between the lock and Headpile Eyot and lock weirs run from the island to the Bray bank. The island is small and tree-covered and Bronze Age artifacts have been found here.

Taplow Lake is a 30-acre lake just south of the A4 between Maidenhead and Slough in Amerden Lane, Buckinghamshire. Recreational activities on the lake include swimming, wakeboarding and waterskiing.

These are some bigger and more relevant cities in the wider vivinity of Bray.

This place is known by different names. Here the ones we know:
براي