Fiesole
in Province of Florence of Tuscany, Italy

Fiesole in Province of Florence (Tuscany) with it's 2,725 residents is a town located in Italy about 146 mi (or 235 km) north-west of Rome, the country's capital place.

Time in Fiesole is now 09:08 PM (Sunday). The local timezone is named Europe / Rome with an UTC offset of 2 hours. We know of 11 airports nearby Fiesole, of which 5 are larger airports. The closest airport in Italy is Firenze / Peretola Airport in a distance of 4 mi (or 7 km), West. Besides the airports, there are other travel options available (check left side).

There are several Unesco world heritage sites nearby. The closest heritage site in Italy is Historic Centre of Florence in a distance of 3 mi (or 5 km), South-West. We collected 4 points of interest near this location. Need some hints on where to stay? We compiled a list of available hotels close to the map centre further down the page.

Being here already, you might want to pay a visit to some of the following locations: Florence, Bagno a Ripoli, Sesto Fiorentino, Vaglia and Scandicci. To further explore this place, just scroll down and browse the available info. 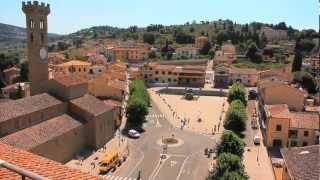 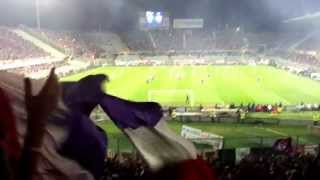 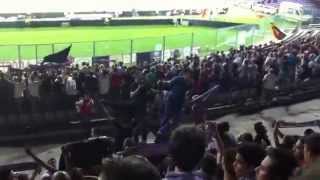 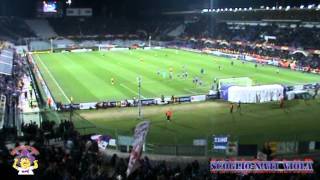 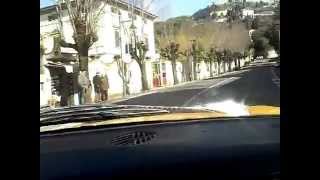 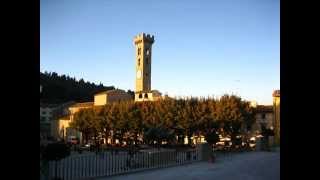 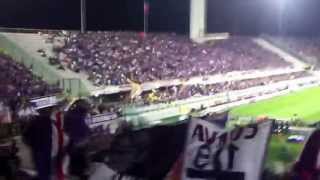 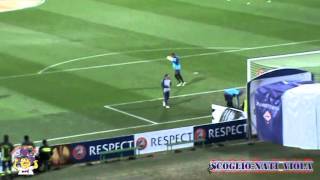 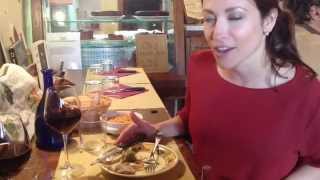 Experience REAL Tuscan cuisine as Mandy gets up close and personal... with tongue! Lingua bollita con salsa verde (boiled tongue with green sauce) is a typical dish in Florence, though you...

The Villa Medici is a patrician villa in Fiesole, Tuscany, Italy, the fourth oldest of the villas built by the Medici family. It was built between 1451 and 1457.

Villa Le Balze is a garden villa in Fiesole, Tuscany, central Italy. The Villa is owned by Georgetown University and hosts year round study abroad students. Planned in 1911 by Cecil Pinsent for American Charles Augustus Strong, it was built in a tight space along the Tuscan hills overlooking the city of Florence. "Balze" is Italian for cliffs, referring to this situation. In December 1979, the Marquesa Margaret Rockefeller de Larrain, granddaughter of John D.

Villa Palmieri is a patrician villa in the Fiesole, central Italy, that overlooks Florence. The villa's gardens on slopes below the piazza S. Domenico of Fiesole are credited with being the paradisal setting for the frame story of Boccaccio's Decameron.

Fiesole Cathedral (Italian: Cattedrale di San Romolo, Duomo di Fiesole) is a Roman Catholic cathedral in Fiesole, Tuscany, central Italy. It is the seat of the Bishop of Fiesole and is dedicated to Saint Romulus.

Located at 43.8072, 11.2925 (Lat. / Lng.), about 0 miles away.
Wikipedia Article, Homepage
Cathedrals in Italy, Romanesque architecture in Tuscany, Churches in Tuscany

Villa San Michele Hotel is a hotel situated on the hill of Fiesole overlooking Florence, Italy. It is named after the church of St Michael the Archangel. Today it is owned by Orient-Express Hotels and operated as a luxury hotel.

The Villa Salviatino, Maiano, in the frazione of Maiano on the steep slope south of Fiesole, is a Tuscan villa overlooking Florence. A modest farmhouse in the 14th century, set among informally terraced slopes planted with vines and olives, the house in its vigna was purchased in 1427 by the Bardi family, bankers of Florence, who rebuilt it in such palatial fashion that when it was subsequently sold to Nicola Tegliacci in 1447, the new owner named it Palagio (palazzo) dei Tegliacci.

The Convent of San Domenico is a Dominican convent in Fiesole, Italy, situated between the hill of Fiesole and the suburbs of Florence. It was founded in 1406 and completed in 1435 on the initiative of Giovanni Dominici and the bishop of Fiesole, Jacopo Altoviti, both of them monks at the Basilica of Santa Maria Novella in Florence.

The Badia Fiesolana is an old monastery located in the town of San Domenico, in-between Fiesole and Florence.

Villa Schifanoia is a villa and gardens in Fiesole, Tuscany, central Italy. It is near the boundary with the Province of Florence.

These are some bigger and more relevant cities in the wider vivinity of Fiesole.