Sesto Fiorentino
in Province of Florence of Tuscany, Italy

Sesto Fiorentino in Province of Florence (Tuscany) with it's 45,656 inhabitants is a city in Italy about 150 mi (or 241 km) north-west of Rome, the country's capital.

Local time in Sesto Fiorentino is now 02:33 PM (Monday). The local timezone is named Europe / Rome with an UTC offset of 2 hours. We know of 11 airports in the vicinity of Sesto Fiorentino, of which 5 are larger airports. The closest airport in Italy is Firenze / Peretola Airport in a distance of 2 mi (or 2 km), South. Besides the airports, there are other travel options available (check left side).

There are several Unesco world heritage sites nearby. The closest heritage site in Italy is Historic Centre of Florence in a distance of 5 mi (or 8 km), South-East. We found 5 points of interest in the vicinity of this place. If you need a place to sleep, we compiled a list of available hotels close to the map centre further down the page.

Depending on your travel schedule, you might want to pay a visit to some of the following locations: Calenzano, Campi Bisenzio, Florence, Scandicci and Fiesole. To further explore this place, just scroll down and browse the available info. 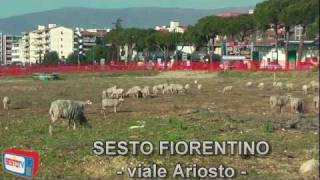 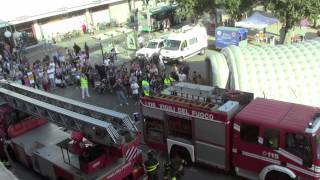 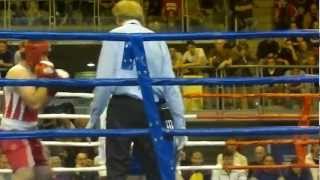 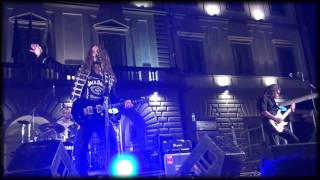 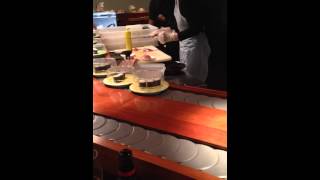 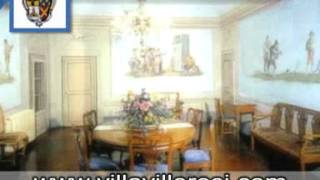 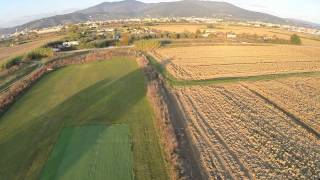 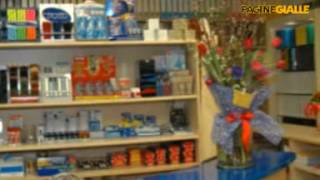 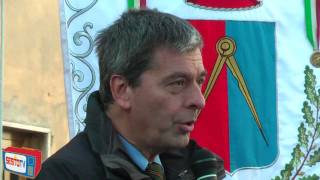 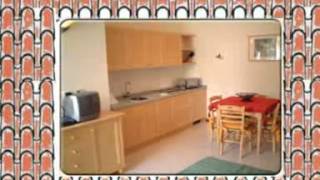 Florence Airport, Peretola (Italian: Aeroporto di Firenze-Peretola) formerly Amerigo Vespucci Airport, is an airport located close to Florence, Italy, but administratively located within the territory of Sesto Fiorentino. It is one of two main airports in the Tuscany region, the other being Galileo Galilei International Airport near Pisa. It is a small airport, with a single runway and the main taxiway is situated at the end of runway 05, with an overshoot/holding area at the end of runway 23.

Located at 43.81, 11.2039 (Lat. / Lng.), about 2 miles away.
Wikipedia Article, Homepage
Airports in Italy, Airports established in 1939, Transport in Florence, Airfields of the United States Army Air Forces in Italy

San Giovanni Battista or dell'Autostrada del Sole is a church in Florence, Italy. The church is formally named after John the Baptist but has also earned the name Church of the Freeway of the Sun for its location between autostrada del Sole (Freeway of the Sun) and the A11 Firenze-Mare highway. The design of the church is meant to reflect both modern and traditional church design.

Peretola is a suburb of Florence, Italy, located on the northern extremity of the Florentine commune. It belongs administratively to Quartiere 5 - Rifredi. It lend its name to the nearby international airport and is claimed as the birthplace of Amerigo Vespucci.

The Villa di Castello is one of the Medici villas near Florence, Tuscany, central Italy. Its ideal design appears in a lunette painted by Giusto Utens in 1599. The property was purchased by Lorenzo de'Medici in 1477 on the site of an existing building which he had rebuilt. In the villa he housed Sandro Botticelli's Renaissance masterpieces The Birth of Venus (Botticelli) and Primavera (painting).

The Villa La Petraia is one of the Medici villas in Castello, near Florence, Tuscany, central Italy. It has a distinctive 19th century Belvedere on the upper east terrace on axis with the view of Florence

Indiano Bridge (Ponte all'Indiano in Italian) is the first earth-anchored cable-stayed bridge in the world. It is a bridge across the Arno River in Florence (near the Indian Monument). The bridge was built between 1972 and 1978 by Società C.M.F. S.p. A with architectural and urban architects Montemagni and Adriano Paolo Sica, and structural design engineer Fabrizio de Miranda.

The Villa di Quarto is a villa on via di Quarto in Florence, in the hilly zone at the foot of the Monte Morello. Quarto (fourth) is one of the toponyms relating to the Roman milestones, the most famous of which in this area is Sesto Fiorentino, of 45,000 inhabitants.

The Tomba della Mula is a beehive tomb in Sesto Fiorentino, near Florence, central Italy, dating to the 7th century BC. The names derives from an ancient legend, according to which a golden she-mule had been buried in the fields around Florence. It is known since the 15th century, and is the largest pre-Italic dome tomb known in Italy. The structure has a diameter of some 9 meters. The tomb was declared a national monument in 1905.

Located at 43.8285, 11.2143 (Lat. / Lng.), about 1 miles away.
Wikipedia Article
Buildings and structures in Tuscany, Burial monuments and structures, Burials in Italy

These are some bigger and more relevant cities in the wider vivinity of Sesto Fiorentino.

This place is known by different names. Here the ones we know:
Sesto, Sesto Fiorentino