Canvey Island in Essex (England) with it's 38,170 inhabitants is a city in United Kingdom about 30 mi (or 49 km) east of London, the country's capital.

Local time in Canvey Island is now 08:59 PM (Monday). The local timezone is named Europe / London with an UTC offset of zero hours. We know of 11 airports in the vicinity of Canvey Island, of which 5 are larger airports. The closest airport in United Kingdom is Southend Airport in a distance of 6 mi (or 10 km), North-East. Besides the airports, there are other travel options available (check left side).

There are several Unesco world heritage sites nearby. The closest heritage site in United Kingdom is Royal Botanic Gardens, Kew in a distance of 13 mi (or 20 km), West. Also, if you like golfing, there are multiple options in driving distance. We found 2 points of interest in the vicinity of this place. If you need a place to sleep, we compiled a list of available hotels close to the map centre further down the page.

Depending on your travel schedule, you might want to pay a visit to some of the following locations: Leigh-on-Sea, High Halstow, Upper Stoke, Cooling and Southend-on-Sea. To further explore this place, just scroll down and browse the available info. 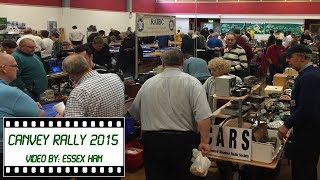 Sunday the 1st of February 2015 was the 30th annual Canvey Rally, run by the South Essex Amateur Radio Society. Here's a video montage of the 2015 Canvey Rally. More at ... 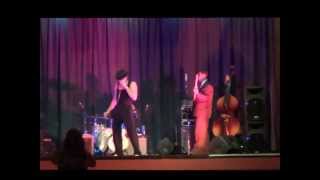 Mr Dickie Bows out and about at the Rockola record hop www.mrdickiebows.co.uk for dance instruction.

Mr Dickie Bows out and about at the Rockola record hop Jiving to Dance girl dance - the firebirds www.mrdickiebows.co.uk for dance instruction. 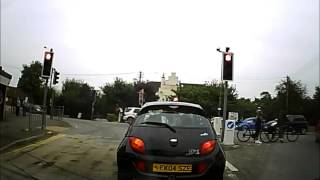 The Thames Estuary is the estuary in which the River Thames meets the waters of the North Sea. It is not easy to define the limits of the estuary, although physically the head of Sea Reach, near Canvey Island on the Essex shore is probably the western boundary. The eastern boundary, as suggested in a Hydrological Survey of 1882-9, is a line drawn from North Foreland in Kent via the Kentish Knock lighthouse to Harwich in Essex. It is to here that the typical estuarine sandbanks extend.

Castle Point is a constituency represented in the House of Commons of the UK Parliament since 2010 by Rebecca Harris of the Conservative Party.

Benfleet Urban District was an urban district in the county of Essex, England. It was created on 1 October 1929 by the merger of the civil parishes of Hadleigh, South Benfleet and Thundersley, all previously in the Rochford Rural District. Since 1 April 1974 it has formed part of the Borough of Castle Point.

Canvey Island Urban District was an urban district in the county of Essex, England. It was created in 1926 out of the civil parish of Canvey Island, previously in the Rochford Rural District. Since April 1, 1974 its former area has formed part of the Borough of Castle Point.

Hadleigh Bus Depot is a bus garage in Hadleigh, east of London. It is used by First Essex buses who operate many of the routes in the county of Essex and especially in the South East of the county. It has the depot code HH.

Hadleigh Farm is an educational working farm and cross-country cycling venue located in Hadleigh, within the borough of Castle Point, in the county of Essex. The men's and women's mountain biking events of the 2012 Olympic Games took place at Hadleigh Farm on 11 and 12 August.

These are some bigger and more relevant cities in the wider vivinity of Canvey Island.

This place is known by different names. Here the ones we know:
Canvey saar, جزیرخ کانوی, Oileán Canvey, Канви